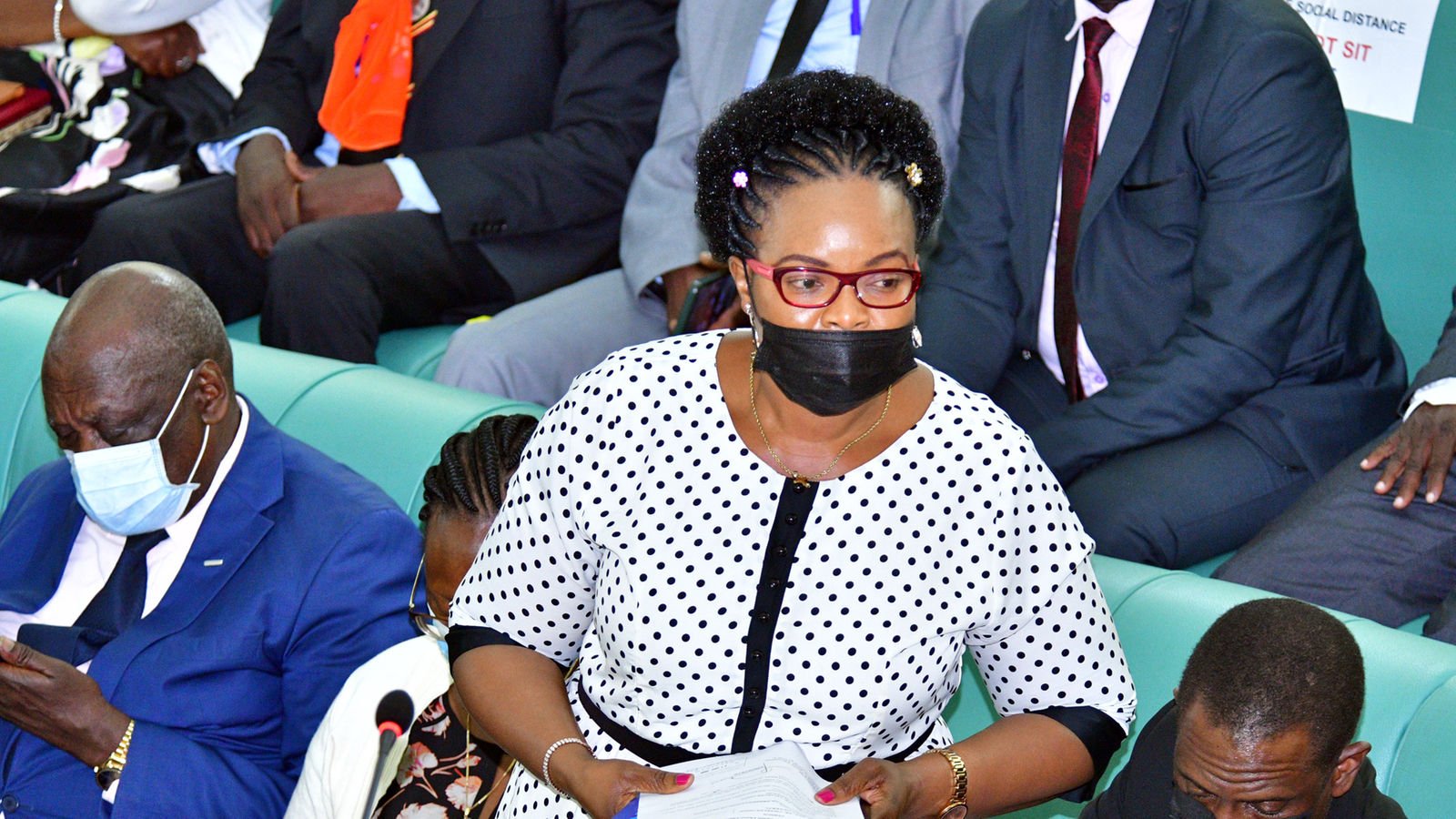 Parliament on Monday passed a motion to censure State minister for Lands, Ms Persis Namuganza over misconduct and contempt of Parliament.

356 MPs voted in favour of the motion, while five MPs voted against and three abstained.

The presiding officer, Mr Thomas Tayebwa, said he would inform the President of the censure motion within 24 hours as stipulated by Rule 109(13) of the Rules of Procedure.The select committee that was on January 6 instituted to investigate the alleged misconduct of the minister presented its report to House giving the MPs a go-ahead with the censure of Ms Namuganza on grounds that she had a case to answer.The committee chairperson, Mr Mwine Mpaka (Mbarara South), while presenting the report, said they had found prima facie evidence to prove the allegations contained in the censure motion moved by Agago North MP, John Amos Okot.

Having looked at all the pieces of evidence presented by Mr Okot and seconders of the motion, most of which were media interviews (video clips and newspaper articles) the committee confirmed that the conduct of Ms Namuganza breached the standards of behavior and conduct expected of a minister and Member of Parliament as prescribed by Rule 85 of Parliament’s rules of procedure and Article 118 of the Constitution.The committee also rejected some pieces of evidence on grounds that it was not in line with the motion and others were in vernacular, which the committee argued was an unofficial language.

“The committee prays that this report be adopted by the House under Rule lO9 (9) (b) of the Rules of Procedure of Parliament in the proceedings of censure against Hon Persis Namuganza Princess from the Office of the Minister of State for Housing and Urban Development (Housing),” he concluded.While the debate was ongoing, Ms Namuganza was visibly absent from the House chambers despite a requirement in Rule 109 of the rules of procedure that the accused has to be present to defend him/herself. It should, however, be noted that President Museveni’s Cabinet, which Ms Namuganza is part sits every Monday.

When the issue was raised by a section of MPs at the commencement of the special sitting, the Deputy Speaker ruled that the censure motion had to be handled and put away to allow Parliament attend to other important issues.“We have been going through the process to censure Hon Persis Namuganza as provided for under Rule 109 of our Rules of Procedure and Article 118 of the Constitution of Uganda. Due to constraints with our rules regarding some of the processes, we had to meet on Monday, the same day Cabinet meets,” Mr Tayebwa, said, adding that the order paper was released on Friday and therefore, Ms Namuganza was in position to attend or communicate otherwise having known the agenda prior.

Mr Tayebwa insisted that the House had to pronounce itself on the matter regardless of what the committee report entailed. The pronouncement was carried out by roll call. “Honorable Namuganza has not utilised the chance which has been given. I have gotten information from the Clerk [to Parliament] that she is neither online (zoom),” he said.Ms Namuganza seemed not to have any lucky charm as members from both ends of the divide did not have any kind words for her.Mr Yusuf Mutembuli, Bunyole East MP said, “When I was still a student at Uganda Christian University, our Vice Chancellor then, Mr Stephen Noll, said any leader of who does not have respect for others is as good as garbage. The time is now to bring sanity to this House, time for Ugandans to respect us.”

Mr Nathan Byanyima, the Bukanga North MP said, Ms Namuganza has a track record of undermining others. “I would be the last person to get involved in this censure but she is too much; we are all equal. I implore all of us to vote this motion,” he said.Ms Laura Kanushu, PWD representative, said, “It is hypocritical of us to put up rules which we [MPs] cannot respect, we are only bring shame to this House and we shall be a laughing stock in this country.”Mr Banarbas Tinkasimiire, the Buyaga West MP said, “It is with pain that we have to move this indictment; the colleague has been in this House for more than one term. She survived maybe she found a soft spot in the previous Parliament and took it for granted.”

Kira Municipality MP, Mr Ssemujju Nganda, was however, concerned about the outcome of Parliament’s resolution, noting that the President has in the past reappointed ministers who had been censured by the House.“Rule 109 under which this process is being conducted, requires that the decision is communicated to the President in 24 hours. This Parliament censured ministers but they were re-elected. Also, I wonder with all the things that have been said about Namuganza, why does the president still appoint her? Maybe he needs checking,” Mr Ssemujju said.

Ms Namuganza’s troubles started when the House’s Adhoc Committee that was investigating the Nakawa-Naguru land mess, faulted her for unlawfully manipulating the allocation of plots. The committee recommended that Ms Namuganza steps aside as investigations into her conduct carry on but she said that Parliament had no powers to make such a decision, as this is only a preserve of the President who is the appointing authority.This did not go well with the MPs, who said she was undermining the authority of the House, she was subsequently sent to the disciplinary committee, which later recommended her censure.

When the ad hoc committee on censure started its proceedings on January 12, Ms Namuganza was no show for all the hearings. Her legal representative, Mr Norman Pande of Mwanja and Pande Advocates, who appeared in one of the subsequent sittings said his client had not been given enough time to prepare herself for the interface.Before all of this, Ms Namuganza who is also the Bukono MP, had been given an opportunity to bury the hatchet by apologising to the House, which she blatantly rejected.After Ms Namuganza’s censure, it will now be up to the President, who is the appointing authority, to replace her. Ms Namuganza will also retain her rightful seat in Parliament as the elected Bukono MP.