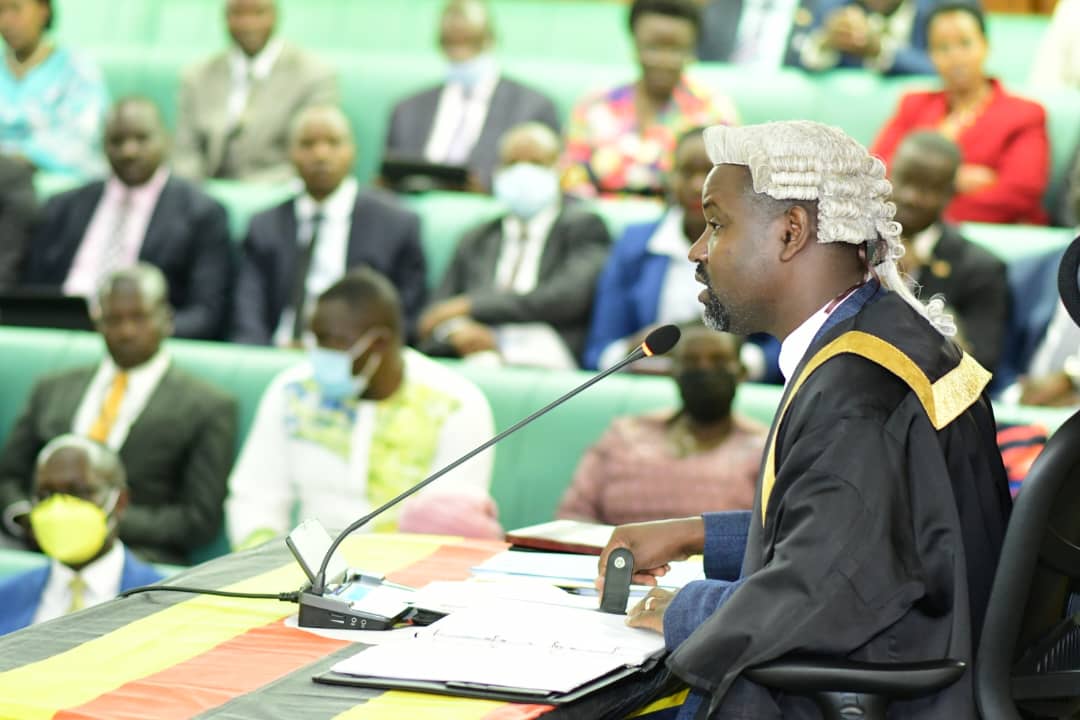 The Deputy Speaker of Parliament, Mr Thomas Tayebwa, yesterday directed committees and legislators to stay away from areas highlighted with confirmed or probable cases of Ebola virus disease.Mr Tayebwa made the communication shortly after the Ministry of Health confirmed six more cases of the Ebola, bringing the total cases to seven. Uganda confirmed the outbreak on September 20.

The cases are in Mubende (six) and Kyegegwa (one) districts.The ministry is also investigating other seven probable cases. A probable case is of a person who dies from suspected Ebola but without laboratory confirmation.“We continue to receive cases of Ebola and I know there are many of you who come from affected areas who are going to your constituencies. I urge you to find ways of communicating with your constituents but you leave the professionals to do their job… I also urge committees in areas that have identified cases not to go there to do any work,” Mr Tayebwa said. On September 20, Mr Pascal Mbabazi, MP for Buwekula where the index case was confirmed, accused the government of not involving the legislators in the immediate responses to the outbreak.

“There are situations where you cannot help much, and have people running around you and you end up getting Ebola and bringing it here. I want to urge you that if you are in areas with cases or suspected cases, kindly let us exercise a high level of caution so that we do not have a catastrophe in this House,” Mr Tayebwa said. Guidelines from the Ministry of Health show that the disease spreads through contact with an infected person, their body fluids or soiled clothing of an infected person.Citizens have been urged the public to regularly wash hands with soap and water, and ensure good hygiene and sanitation.By press time, the government had not issued any travel restrictions within the country.

In a September 20 statement to the House, the Minister of state for Health, Ms Anifa Kawooya, said there was no need for travel restrictions, saying the country remained open“Uganda is safe and all national and internal travellers are free to travel to and within the country. We confirm that all places of social and economic interactions such as national parks are open and accessible to the public and people are free to visit any place of interest in Uganda,” she said thenOn September 20, the British High Commission in Uganda updated its travel advice, warning its citizens and intending travellers of the outbreak.In Parliament yesterday,  Prime  Minister Robinah Nabbanja put the number of deaths at two. “So far, only two people have died. It is not true that eight people have died. We do not know the cause of their death,” she said.

Responding  to  queries of misinformation surrounding the disease, Mr Henry Kibalya (Bugabula South), Ms Nabbanja said the government has reactivated the district taskforces in  Mubende, Kakumiro, Kyegegwa, Kasanda Mityana, Gomba, Kampala, and Wakiso on who will be trained on how to communicate appropriately. The National Taskforce and the activated district task forces are due to meet on Sunday  in Mubende.