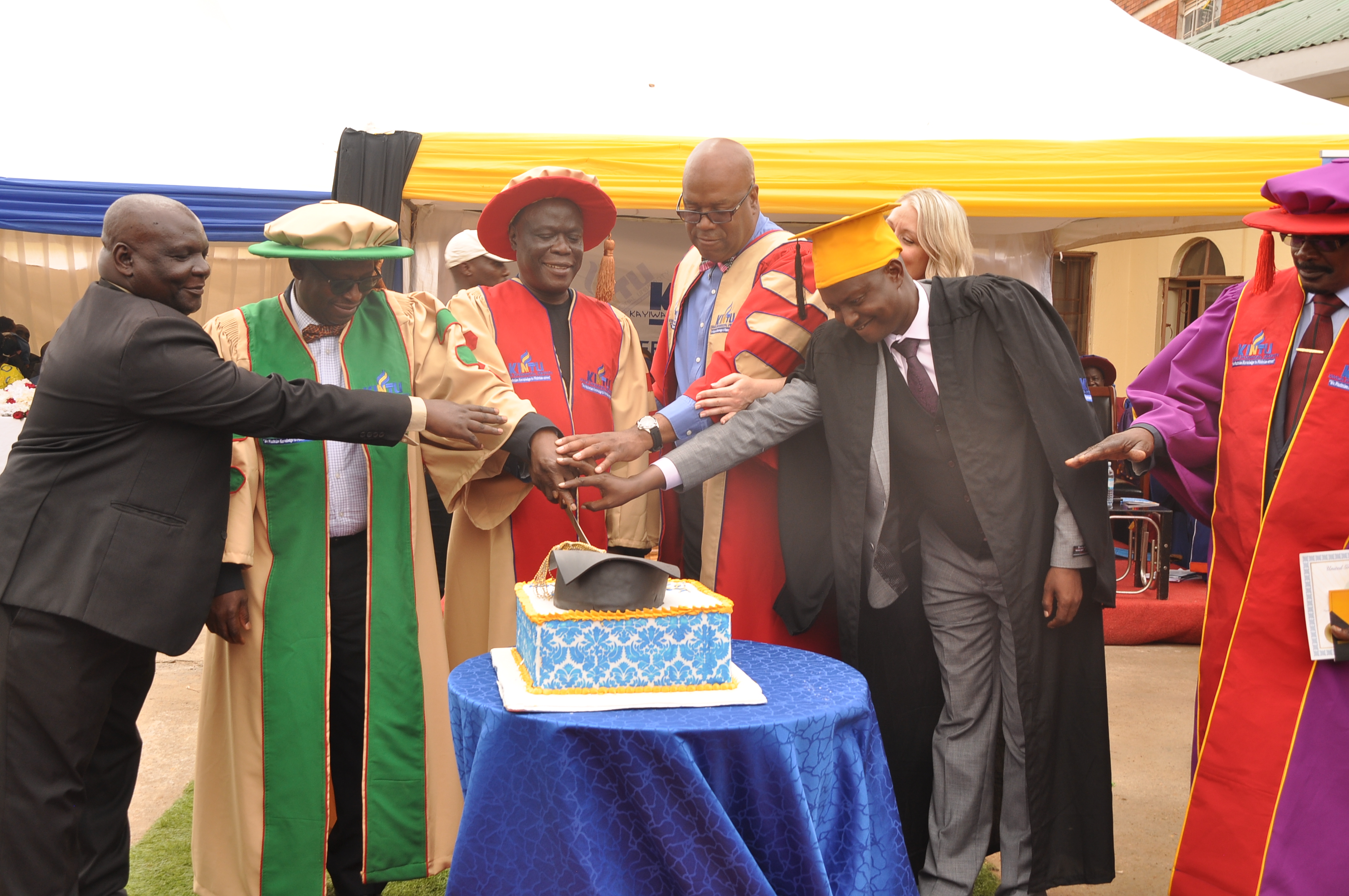 Hours after graduating students, the National Council for Higher Education (NCHE) has come out to clarify that Kayiwa International University (KINTU) does not have a valid license and is operating illegally.

Officials at the body tasked with regulating and guiding the establishment and management of higher education institutions say the license of the Pastor Simeon Kayiwa-led university was revoked in 2019.

The announcement means that students who graduated from the Mengo based institution since 2019 have fake academic qualifications.

“The awards arising from the recently concluded graduation by the defunct KINTU are not recognised by the NCHE and should not be used for employment or further studies in Uganda and anywhere in the world,” NCHE said in a statement.

According to the NCHE, KINTU was cleared in September 2015 and gazetted in April 2016 under License number UI.PL027.

In May 2019, a reminder was sent to KINTU to submit defence but with such efforts hitting a dead end, the 52nd NICHE Council sitting revoked the license in August 2019 and it was gazzetted in March 2020.

The letter informing the university on the closure was sent on March 24, 2020.

“Since then KINTU ceased to be recognised as a University in Uganda and any academic function carried out in the name of KINTU is illegitimate,” NCHE observes

A copy of the gazette seen by Monitor indicates that NCHE announced the revocation of KINTU’s licence number on April 15, 2016.

Speaking to the media at their offices in Kampala, the Acting Director for quality assurance and accreditation at NCHE, Mr Cyrus Seera said: “As NCHE, we have powers to issue or revoke a license as long as the institution performance does not meet the standards of higher education within Uganda.”

Responding to NICHE’s decision, Pastor Kayiwa claimed that the “university was accredited by NCHE in 2015 and has never been informed or held any meeting regarding the said revocation of its license.”

Other Universities closed by NCHE over failure to meet standards include; Busoga University, Fairland University, Namasagali University and Stafford University.