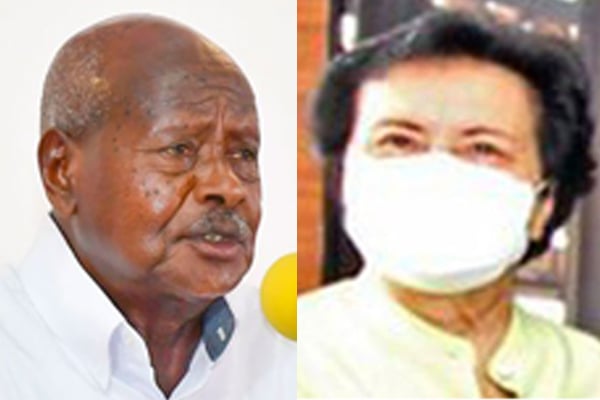 “Those attacking that project are supporters of Africa’s– perpetual bleeding. If they were not, they would have responded to our call of 1986 and after, to come forward and add value to coffee and seek government assistance,” Mr Museveni said.

In Uganda, Pinetti whose name surfaces a little faster over widely questionable deals and the stalled Lubowa Hospital Project- recently became an item of national debate for her involvement in an infamous coffee deal.

“When I first met her, she had no idea about coffee. It is not her. However, I could see that she had a wide network of contacts and I asked her to look into coffee,” Mr Museveni said.

He added: “After some time, she came back with a positive report- that it was doable. I’m the one who told her… For her, she was in hospitals.”

Mr Museveni would then object common perception encouraged by critics, activists and hundreds of politicians that portray the deal as ill-famed.

The Ugandan leader told lawmakers that “it is criminal for anybody to continue arguing for the continued export of raw-materials in Africa when there is 90% more value in that product that you are giving to outsiders.”

Mr Museveni, 77, said he is ready to meet all stakeholders in Uganda’s coffee production for negotiations.

Mid May 2022, Uganda’s parliament unanimously voted to cancel the deal.

“It (SoNA 2022) has clarified a number of issues that have been in the media like the issue of the coffee. Parliament will continue to fulfill its mandate,” House Speaker Anita Among assured the nation at the start of the 2nd session of the 11th Parliament on June 7.