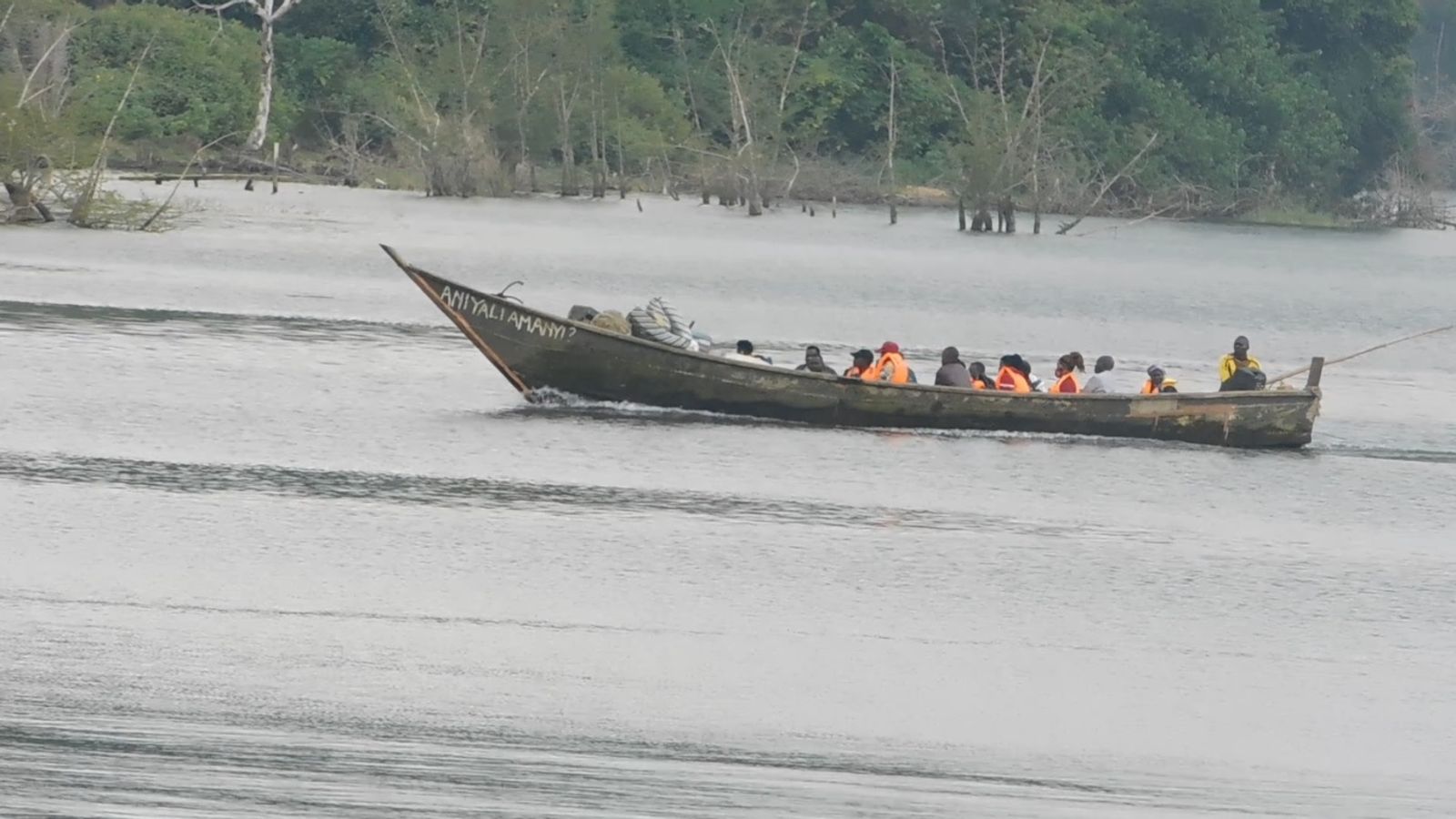 After spending a weekend on the island, Mr Gulam decided to explore others but his plans were cut short due to lack of proper transportation means.

“I have failed to visit other islands although I wanted to reach all the corners of Kalangala. I could not board the canoes that connect to those places, they are not safe,” he said.

Many tourists fail to explore the beauty of the island district because of obsolete boats.

Kalangala has 84 islands northwest of Lake Victoria. About 64 of these are inhabited by tourist attractions such as Nanziri Falls in Bukasa, Nsiirwe bird sanctuary on Nsiirwe island, shrines of Mukasa, and the cliffs on Bubeke and Mazinga islands.

“Of the 84 islands, only Buggala has ideal and direct access to the mainland through the ferry services to Masaka and Entebbe.

“Tourists miss out on exploring the sites on other islands due to lack of transport, forcing many to reduce the number of days they spend in Kalangala,” Mr Munaawa said.

He said in 2017, the district leadership proposed the construction of an airstrip, and officials from Civil Aviation Authority with a team of investors visited the islands to map out possible locations for the project unfortunately, they failed to find space.

Bukuzindu, a suitable area, was offered to oil palm, while others such as Kaazi, Malanga, Bweeya and Buyovu islands are mainly private-owned.

“Our main road on Buggala island, which connects to Bugoma, a major exit point through Masaka mainland, is in a sorry state. Whenever it rains, some tourists get stuck along the way,” he said.

Currently, the Entebbe-Lutoboka route, which is the most preferred by tourists, has only one public vessel – MV Kalangala. However, it makes one return trip daily.

MV NODL, which the operators of MV Kalangala procured recently, is yet to secure a license for the same route.

Kalangala can also be accessed through Masaka with MV Ssese and MV Pearl ferries. However, the latter is undergoing repair.

The water transport network also faces other challenges, including unlicensed or uninsured boats, the deplorable state of  landing sites, and lack of enough supervision of the water bodies. The marine police, with its thin strength, checks smuggling, rather than safety on the lakes.

Currently, all access roads in Kalangala Town Council are being rehabilitated. The Luku- Munabana- Kalangala road is also lined up for tarmacking in the next financial year, according to the Minister for Works and Transport, Gen Edward Katumba Wamala.

Mr Moses Kabuusu, the Kyamuswa County MP, said district leaders are also pushing the government to fulfil its pledge of procuring a motorised vessel to connect travellers to other islands. “Procurement involves many stages, but at least the procurement for Kyamuswa ship is expected to start in 2024,” he said.

Mr Kabuusu said in the meantime, plans are underway to repair the grounded MV Juliana to connect Kyamuswa island to the mainland through Kasenyi Landing Site in Entebbe, Wakiso District.