Pressure on Putin as reservists called up for war

Football in Uganda — a game enjoyed by the entire country

Pressure on Putin as reservists called up for war 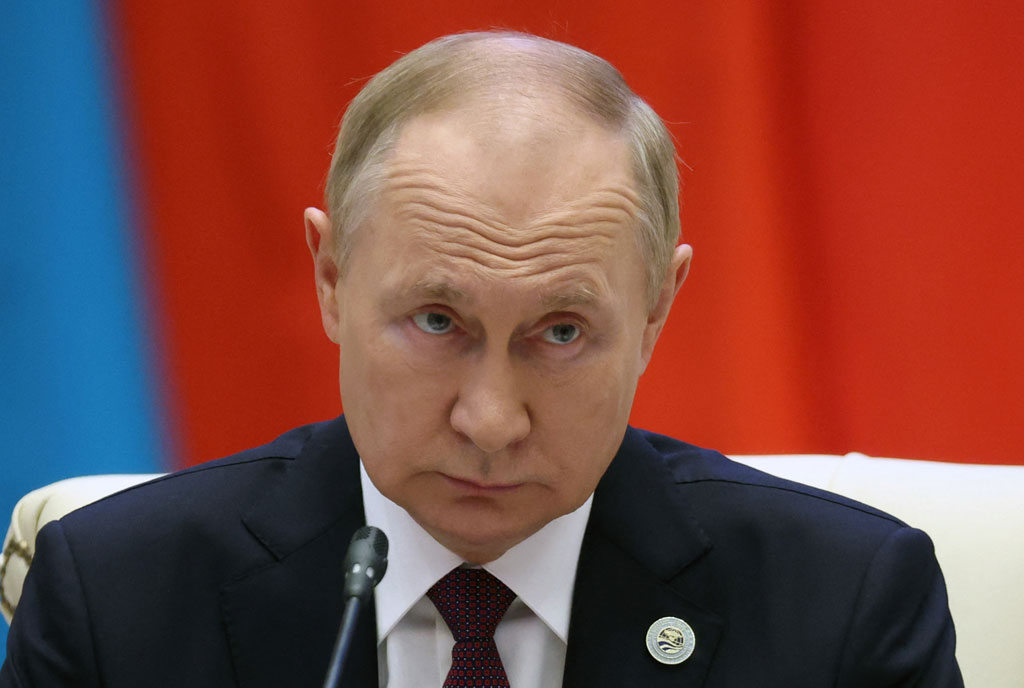 Pressure ratcheted up on President Vladimir Putin as his decision to send reservists to Ukraine triggered spreading protests and hundreds of arrests at home, and Western leaders tore into the Russian leader at the United Nations.

Training his fire on Putin as he addressed the General Assembly, US President Joe Biden accused him of “shamelessly” violating the UN Charter with a war aimed at “extinguishing Ukraine’s right to exist as a state.”

Speaking in unison with fellow NATO leaders, Biden on Wednesday denounced Putin for making “overt nuclear threats against Europe” as part of his latest escalation, and warned that “a nuclear war cannot be won and must never be fought.”

Addressing the assembly later via video — the sole leader allowed to do so — Ukrainian President Volodymyr Zelensky urged the UN to punish Russia for the invasion, calling for a special tribunal and compensation fund and for Moscow to be stripped of its veto.

“A crime has been committed against Ukraine and we demand just punishment,” said Zelensky, who earned a standing ovation.

The high-profile addresses came hours after Putin dramatically upped the stakes in his seven-month war by calling up 300,000 military reservists — a step Western powers portrayed as desperation and that drew protesters into the streets across Russia.

In Russia, more than 1,300 people were arrested in 38 different cities, according to the OVD-Info monitoring group — the largest protests seen since Putin launched his offensive in February.

AFP journalists in central Moscow saw at least 50 people detained by police in anti-riot gear, while in the former imperial capital Saint Petersburg, police surrounded and detained a small group of protesters, loading them onto a bus as they chanted, “No mobilization!”

“Everyone is scared. I am for peace and I don’t want to have to shoot,” said protester Vasily Fedorov, a student wearing a pacifist symbol on his chest.

Flights out of Russia were nearly fully booked this week, airline and travel agent data showed, in an apparent exodus of people unwilling to join the conflict.

On the same day as Putin’s mobilization order, Ukraine announced the exchange of a record-high 215 imprisoned soldiers with Russia, including fighters who led the defense of Mariupol’s Azovstal steelworks that became an icon of Ukrainian resistance.

Ten freed prisoners — including two from the United States, five from Britain, and others from Sweden, Morocco and Croatia — were transferred to Saudi Arabia from Russia, Riyadh said, without specifying when they would be returned home.

But the diplomatic breakthroughs did little to lower the temperature as Western leaders voiced outrage at Putin’s latest moves — and Moscow’s plan to stage annexation referendums this week in Russian-held regions of Ukraine.

Donetsk and Lugansk in the east and Kherson and Zaporizhzhia in the south are holding votes over five days beginning Friday — a move that would allow Moscow to accuse Ukraine of attacking supposedly Russian territory.

Turkey was the latest NATO member to speak out Wednesday against Russia’s referendum plans, slamming them as “illegitimate.”

The referendums follow a pattern established in 2014, when Russia annexed the Crimea peninsula from Ukraine after a similar vote.

Like in 2014, Washington, Berlin and Paris denounced the latest ballots, saying the international community would never recognize the results.

In a pre-recorded address early Wednesday, Putin accused the West of trying to “destroy” Russia through its backing of Kyiv as he announced a partial military mobilization.

“When the territorial integrity of our country is threatened, we will certainly use all the means at our disposal to protect Russia and our people. This is not a bluff,” Putin said.

“Those who are trying to blackmail us with nuclear weapons should know that the wind can also turn in their direction.”

On the sidelines of the UN gathering, French President Emmanuel Macron urged the world to “put maximum pressure” on Putin, while German Chancellor Olaf Scholz denounced the call-up as “an act of desperation”.

And British Prime Minister Liz Truss — in her first trip since succeeding Boris Johnson — vowed before the UN to keep up “our military support to Ukraine for as long as it takes”.

“We will study, we will adopt new restrictive measures, both personal and sectoral,” EU foreign policy chief Josep Borrell said post-meeting, adding that a final decision needed to be made formally.

Russia’s “seizure and militarization” of Ukraine’s Zaporizhzhia nuclear plant — Europe’s largest — also drew condemnation as a “root cause” for nuclear instability from several countries, including the United States, France, and Britain.

“(The) heightened risks of a nuclear incident will remain dangerously high as long as Russia remains present on the site of (the nuclear plant),” they said in a joint statement calling for Moscow’s withdrawal.

‘Liberate us from what?’

The flurry of announcements by Moscow came with Russian forces in Ukraine facing their biggest challenge since the start of the conflict.

During a sweeping counter-offensive in recent weeks, Kyiv’s forces have retaken hundreds of towns and villages.

In a rare admission, Moscow said Wednesday 5,937 Russian soldiers had died in Ukraine since February.

As Putin made his announcement, residents were clearing rubble and broken glass from a nine-story apartment block hit by an overnight missile strike in the eastern Ukrainian city of Kharkiv.

“They want to liberate us from what? From our homes? From our relatives? From friends?” a 50-year-old resident, who gave her name as Galina, raged. “They want to free us from being alive?”