Football in Uganda — a game enjoyed by the entire country

Museveni breaks silence on why he didn’t join Makerere – #ugnews24 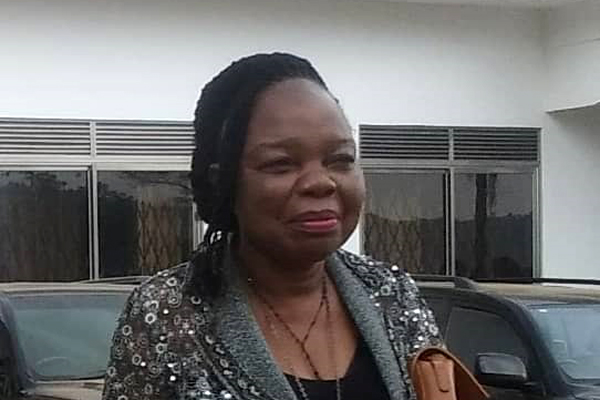 Court in Masaka has ordered a businesswoman to pay rent arrears on a commercial building she claims to own jointly with former Vice President Mr Edward Kiwanuka Ssekandi.

In his ruling on Tuesday, Masaka City Grade One magistrate, Mr Peter Ahumuza, dismissed claims by Ms Leticia Nakimbugwe that she jointly owns a prime property with Mr Ssekandi, which is located on Plot 14 Edward Avenue in Masaka City.

According to court, the only relationship between the duo as far as the property in question is concerned is a tenant-landlord relationship. Mr Ahumuza ordered Ms Nakimbugwe to pay rent arrears amounting to Shs3 million. Ms Nakimbugwe operates a shop in the same building and is also the estate manager of some of the shops.

Ms Victoria Ssekandi through her lawyer Rebecca Mutumba dragged Nakimbugwe and Haiqiang Lin, the proprietor of Masaka No1 Super Market -both tenants on the suit property for failure to pay rent and sought an order to recover the arrears for six years.  Mr Haiqiang Lin claims he has been paying rent amounting to Shs30m every year to Ms Nakimbugwe.

The court heard that the respondents on several occasions through their lawyers have been seeking an adjournment and the court has always been considerate and granted them the adjournment until August 29 when they came up with a notice of change of lawyers from Ms Sarah Nakasitta to Mr Jude Mbabaali who also asked for more time to prepare for the case.

The court, however, noted the unseriousness of the respondents’ lawyers (Mbabaali Jude and Co. Advocates), saying though the respondents had asked for September 5 as the date for making their final submission before court makes its ruling on the matter, they instead asked for more time to file a supplementary affidavit and attach evidence to prove that their client (Ms Nakimbugwe) is a co-owner and a manager of the property and therefore can’t be evicted for failure to pay rent.

One of the buildings along Edward Avenue in Masaka City which Ms Nakimbugwe claims she owns jointly with former Vice President Ssekandi. PHOTO/ AL MAHDI SSENKABIRWA

In the same letter, the respondents’ lawyer Mr Mbabaali also informed court that they had filed a civil suit in the High Court of Uganda (Family Division) at Kampala to determine whether his client is a co-owner of the disputed property with the ex- Bukoto Central MP.

The presiding magistrate, however, described the actions of the respondents’ lawyer as an abuse of court processes and an injustice to the other party.

The court resolved that the suit property belongs to Mr Ssekandi who appointed Ms Victoria Kiwanuka to collect rent from the suit property through powers of attorney given to the latter and registered on July 4 2022.

The court also ruled that there was no evidence to prove that Ms Nakimbugwe jointly owns the property with Mr Ssekandi.

Court further ordered Ms Nakimbugwe and the proprietors of Masaka No1 Supermarket to pay the rent arrears as the applicants had asked the court since she is a tenant on the embattled property.

Both Mr Ssekandi and Nakimbugwe did not physically attend the court session and neither did the latter’s lawyers.