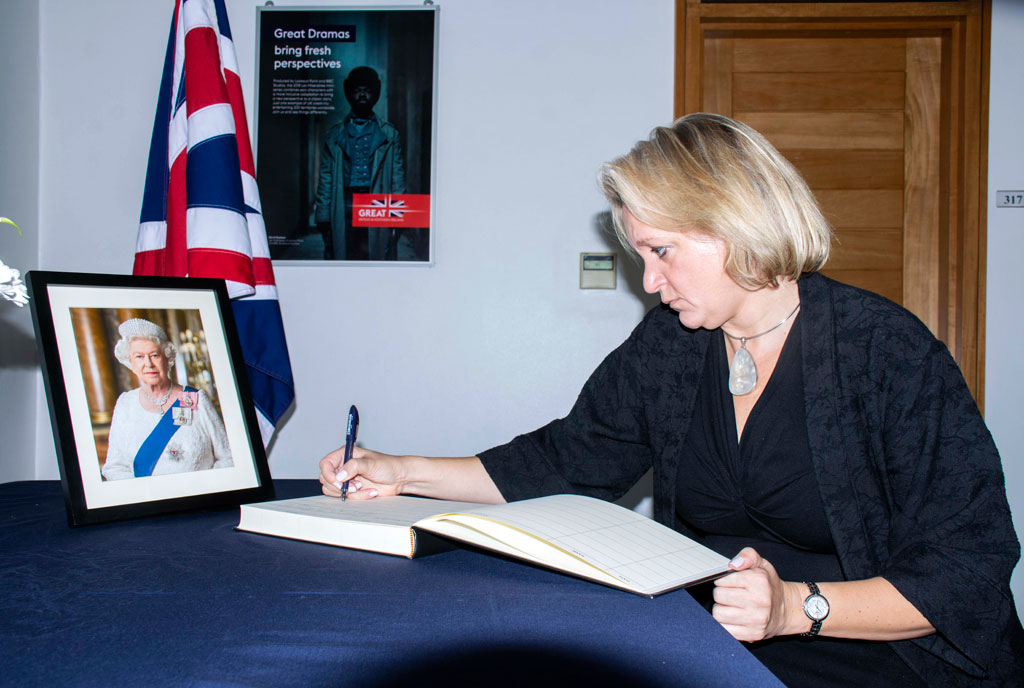 How would you describe her relationship with the Commonwealth over the years?I think her Majesty was rightly proud and fiercely loyal to the Crown. Remember, she came to the throne in 1952, and started this idea of the Commonwealth; there was this club of seven nations, and under her phenomenal leadership, she has guided that into what is a family of 56 nations across the world. Every time, more countries wish to join the Commonwealth Heads of Government Meeting (Chogm). It is, and I use that word family because, that was her vision for the Commonwealth.

So there is a genuine connection among members of the Commonwealth, it’s a special family. It’s a family of equals that unites one third of people around the world, with a common set of values. Each country has an equal voice from the smallest to the biggest.

Briefly speak to some of the accomplishments?They are just huge. What is remarkable for all of us is that 70 years on the throne—the longest serving monarch—I didn’t know any other monarch other than the Queen, and I think for majority of our people in the Commonwealth, it’s the same.

Through a remarkable period of change, from what our world was like in 1952 to what our world is like today, and the Queen offered that continuity and constancy that has changed and evolved and adapting with our changing world. She’s been a remarkable, steadfast presence, and I think her legacy, you can’t sum up. Listening to the tributes from all around the world, you realise she has somehow managed a personal connection with so many people, and that sense of duty, service and grace she has shown is an inspiration to many of us.

In terms of continuity, in the Union, how is the UK prepared?The transition has not just started, we are there and we are in the middle of it. There is a clear tradition and process, and the UK is rightly proud of this sense of tradition, pageantry, of the sense of these moments in our history. I have absolutely no shed of doubt that we are already into that process. His Royal Highness King Charles, is now our king and we’ll be going through a set of process for the funeral arrangement over the coming days and then in the coming months, we will be looking at coronation of His Majesty the King.

How does this feed into the UK-Uganda relationship?Her Majesty the Queen visited Uganda twice, in 1954 and in 2007 for Chogm in Kampala. She spoke warmly about the people of Uganda and she felt very much that friendliness is what would carry the country forward and ensure Uganda fully fulfills its potential, which we know is huge. She also talked about the fact that the UK’s commitment to Uganda is unwavering and her relationship with Uganda in the Commonwealth was profoundly profound.