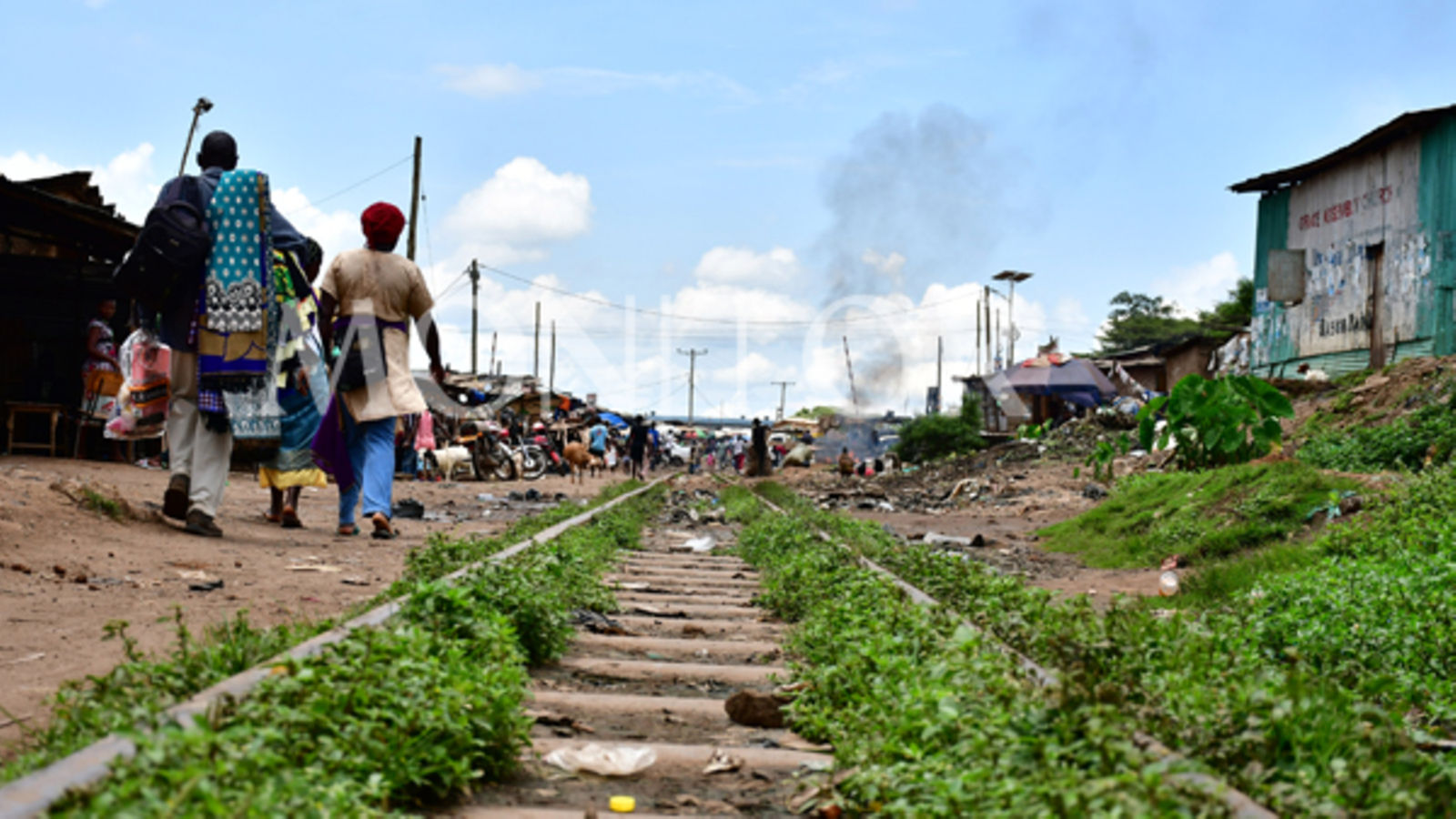 The contractor, highly placed sources tell Sunday Monitor, has issued several protest notes to the Works and Transport ministry over delays and inconsistencies in payment for rehabilitation works of the railway funded by the European Union (EU).

The company, on Wednesday, tendered a notice of termination, prompting a meeting with technocrats from the Works and Transport ministry, as well as EU officials, to salvage the situation.

In 2018, the EU gave a €21.5m (Shs82b) grant to the government for revival of the railway line from Tororo through the districts of Mbale, Kumi, Soroti, Lira to Gulu. The revamp, the EU said then, was intended “to contribute to a better performance of the value chain for key products and the development of the private sector in northern Uganda.”

Four years later, there is barely a functional railway transport on the route whose work was initially expected to take 36 months.

The poor progress report came into sharp focus as the African Development Bank Group (AfDB) this past week embarked on an appraisal mission for the $307m (Shs1.1 trillion) loan sought by the government for rehabilitation of the eastern railway line from Malaba to Kampala.

The funds were supposed to be channeled toward rehabilitation and refurbishment of the MGR from Malaba to Kampala.

Pending bureaucratic approvals of the loan, the government is also expected to fork $52m (Shs194b) from its purse to start early rehabilitation works on the same line.

Officials from the Finance ministry, as well as that of Works and Transport, say the revamp is aimed at fixing a “transport gap.” A Chinese company—China Road and Bridge Corporation (CRBC)—has been engaged to start work.

Mr Bageya Waiswa, the Works and Transport ministry Permanent Secretary, told Sunday Monitor that they engaged the EU—the co-signatory to the accounts—to address the company’s grievances upon receiving the termination notice from Sogea-Satom.

“That issue, we are handling,” Mr Waiswa said by telephone. “These other loans you are talking about are also different. They are three projects: CRCBC is on ground for refurbishment of the railway link from Malaba to Namanve because as you know, Kenya is also rehabilitating their MGR. The Spanish loan is for extending the line to Kampala, including changing rail tracks.”

He added: “The AfDB loan is a bigger project, which will include refurbishment of the entire line, purchase of locomotives, capacity building, among others… there is value for money here.”

The Shs1.5 trillion cost for rehabilitating a 273km stretch—Malaba to Mukono, 250km, Kampala to Port Bell, 8.3km, and Kampala to Nalukolongo, 12.3km—is especially hair-raising when juxtaposed with that of Kenya, which is putting final touches on revamping a 460km stretch of its MGR from Longonot in Naivasha to Malaba at the border with Uganda.

Despite the spark disparity, Mr Waiswa maintains that the cost is justified.

Two officials familiar with the matter also separately defended the cost, arguing that Uganda’s railway network is generally in a derelict state.

The officials further noted that the much-vaunted Standard Gauge Railway (SGR) is becoming a far cry owing to, among other factors, disinclination towards the project by the Bretton Woods institutions and their surrogates in Kampala (Bank of Uganda and the Finance ministry) over debt fears.

“Our SGR is not coming anytime soon. It ends in Naivasha [in Kenya] and yet Kenya is also terminating some of Uganda bound cargo from the road to railway. From the SGR, they are also rehabilitating their MGR up to the border at Malaba, so we have to keep up,” one Works and Transport ministry official said on condition of anonymity because they are not authorised to speak about the matter.

For more than 30 years now, the service level of MGR has been poor and lacklustre. This has shrunk freight to the extent that by the mid-2000s, less than five percent of total cargo between Mombasa and Kampala was being carried by rail and less than two percent of the available cargo on the northern and western routes.

Worldwide, rail-water transport has been empirically proven as the cheapest means of transport, followed by road and air transport. Yet in landlocked Uganda, the current government pushed this mode of transport to the back-burner.

As a result, President Museveni and his policy wonks have continued to decry the high cost of doing business in the country, including high transport costs.

There is, however, little to suggest something is being done.

Even with the rehabilitation of the MGR, it is still unclear whether officials have fully comprehended its technical limitations. A fully rehabilitated MGR system cannot carry more than 3.6 million tonnes per annum and yet currently, there is more than 18 million tonnes of cargo on the Malaba-Kampala route. It is projected to swell to about 30 million tonnes by 2028.

Mr Waiswa told Sunday Monitor that Uganda’s SGR plans are still on course, while the ongoing plans are justified to plug a gap.

“In fact I have just written to the PSST (the Finance ministry Permanent Secretary and Secretary to the Treasury) reminding them that they (Finance ministry) should write to EXIM Bank as a way of continuing to show [Uganda’s] commitment to the project,” Mr Waiswa added.

Uganda’s first section of the SGR from Malaba to Kampala is tagged to a cost of Shs8.1 trillion ($2.17b). The government initially entertained the thought of paying back the loan through, among others, the Consolidated Fund.

EXIM Bank, according to officials, suggested that the government opens an escrow account where it is obliged to deposit funds over the tenure of the loan to cover the high annual interest and fees under the agreement as a security in case of default.

Sources tell Sunday Monitor that Finance ministry technocrats are non-committal about this.

The government has had to open escrow accounts in Stanbic Bank for all major Exim Bank-funded projects. These include expansion of Entebbe airport, Isimba and Karuma dams, National Infrastructure Backbone, and Kampala-Entebbe Expressway.

Auditor General John Muwanga, however, red-flagged this in his previous audits on Uganda’s soaring debt. He reasoned that it distorts government’s Treasury cash flows and there is no interest earned on the mega bank balances.

Several policy documents from the last Financial Year (FY) 2021/2022 detailed that construction of the SGR will commence this FY2022/2023, which commenced this past week on Monday. The same detail is, however, missing in the documents for this FY.

President Museveni, at one time, had also put a freeze on all new loans, except for railway and electricity lines. He, however, made a U-turn.

These developments around the SGR all come when Kenya is yet to commit to the two remaining connections—the 266km line from Naivasha to Kisumu port at a cost of $3.6b (Shs13 trillion) and the 107km line estimated to cost $1.7b (Shs6 trillion) from Kisumu to Malaba, the precursor to Uganda starting its own 273km line running from Malaba to Kampala.

Notwithstanding, the government is slogging to acquire land across the right of way through 11 districts from Malaba to Kampala amid budget cuts for the exercise.

While the Kampala regime remains optimistic, the project—conceived in 2008 and intended to snake from Mombasa port to Kampala to Kigali—will one day come to fruition. It, however, remains unclear why the government is not considering other financing options.

Kampala is a major transit route for cargo bound for South Sudan and the eastern Democratic Republic of the Congo (DRC), which was recently admitted to the East African Community; the cargo is exerting a lot of pressure on the roads already poorly maintained.

Meanwhile, early this past week, Tanzania tested its first electric SGR train as part of its first phase of the new railway, running 300km from the commercial capital, Dar-es Salaam, to the interior in Morogoro. It is also expected to run up to Mwanza on the shores of Lake Victoria and Kigoma on the northeastern shores of Lake Tanganyika in five phases, with plans to connect to Burundi, Rwanda, and the DRC.

Tanzania, which was sidelined from the Kenya-Uganda-Rwanda-South Sudan SGR, started constructing its line in 2017. Then president John Magufuli walked away from a Chinese loan and opted for a hybrid approach with funding from the Turkish government and domestic financing.

The standard gauge railway (SGR) is one of the railway classifications worldwide for high speed trains. It differs from the MGR left behind by the British colonial administration insofar as cargo hauled and design speeds are concerned.

Currently, Kenya has 592km of the SGR network; while Tanzania has so far embarked on 600km.

Uganda, which undertook feasibility studies 10 years ago, is yet to embark on even an inch.

Studies from the Works and Transport ministry show that one SGR train can haul 216 containers, moving them to and from Mombasa within one day at a cost of about $1,600 (Shs5.9m) per container. This is in contrast with the current MGR, which carries less than 50 containers taking about 14 days to move to and from Mombasa at a much higher cost.