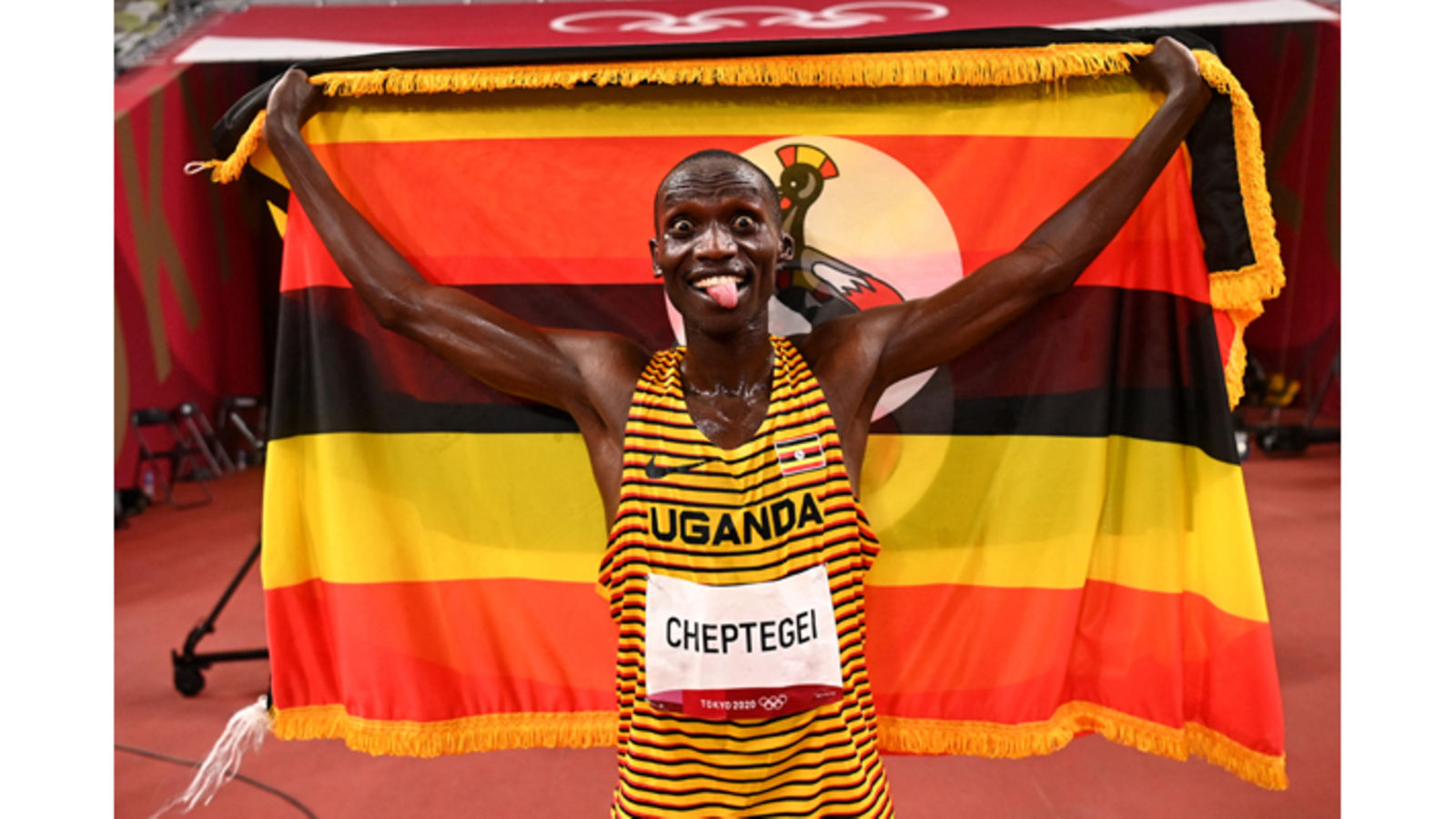 Sunday marks the most important day for Joshua Cheptegei this year.

The 25-year-old labeled this date shortly after winning 10000m silver and 5000m gold medals at the Tokyo 2020 Olympics in Japan last year.

He will step onto the Hayward Field track in front of a familiar crowd to attempt a successful title defence of his world 10000m title at the World Athletics Championships here on the west coast.

“Time for Oregon,” posted via Instagram hours before landing in Eugene on Thursday.

Months after winning the World across-country title in Aarhus, Denmark, Cheptegei lived up to the race favourite-tag billing and duly won the 25-lap final on September 7, 2019 in Doha Worlds in Qatar.

That triumph came after some pressure from Ethiopian Yomif Kejelcha who stuck with Cheptegei throughout the race like glue until the final 60m at the Khalifa Stadium.

In Oregon state, it is more demanding for Cheptegei. Why? His career began here eight years ago.

A stand-out tall figure clad in red bib amongst teenagers, Cheptegei floored the field to win the 10000m gold at the World Junior Championships at Hayward on July 22, 2014.

Eugene is sentimental to him as Mecca is to Muslim faith or Las Vegas for a party lover. He has since returned to this sacred place six times for the Eugene Diamond League (DL) and won races on each of the last three occasions.

The double Commonwealth champion Cheptegei won the two-mile race here to set up the win in Doha and even if Selemon Barega beat him to the 10000m Olympic title in Japanese capital on July 30, 2021, Cheptegei beat the Ethiopian on their next meeting over the two miles here again on August 21.

On return to the venue, Cheptegei definitely seeks revenge for that loss in Tokyo and entirely has no mercy for the 27-man field gathered from 15 nations which includes his compatriots Stephen Kissa and the world half-marathon champion Jacob Kiplimo.

“That one, no messing around, this is serious business,” in a previous chat, the race signaled how much Eugene is important to him.

As he bids to become the fourth man in history to do back-to-back 10000m world titles, Cheptegei has a mountainous task. “I expect a fast race and that is also helping Joshua,” his coach Addy Ruiter stated.

To roll back to Tokyo, Cheptegei went off script  in fear of the hot conditions and opted not to pull the field towards his pseudo-pace maker Kissa.

Kissa led for 15 laps, largely solo but all effort went to the wind as the pack never reacted. The race inevitably turned out slow, giving room to seven men a sight at glory at the bell and Barega won in 27:43.22.

In Doha, Cheptegei relied on Abdallah Mande who took off about 13 laps before the former engaged gears with seven laps to go to win in 26:48.36.

Will he fall back to the current marathon national record holder Kissa again? “We did not talk about it till this moment. It’s up to Kissa,” Ruiter remarked. And it can’t be Kiplimo either.

The 21-year-old is competing at the Worlds for the first time since London 2017 and here, the Olympic bronze medalist has intentionally opted to do only the 10000m, giving room to his half-brother Oscar Chelimo to compete in the 5000m.

Like Tokyo, Kiplimo wants to be on the podium as well. “I wanted to check my speed and I am good, everything is okay,” he said in response to his state of mind after he lost victory to Dominic Lobalu over the 3000m, his only track event this year, at Stockholm DL on June 30.

Barega powered to a 59.3-second final lap to win in Tokyo and he won the Ethiopian Trials with 26:44.73 in Hengelo, Netherlands on June 5. The 22-year-old may have struggled over the 5000m at the Eugene and Rome DL meetings but he won the Paris leg on June 18.

There is also Kenyan Ronald Kwemoi who settled for fourth place in Doha, Commonwealth double silver medalist Canadian Mohammed Ahmed but the fastest this year is home boy Grant Fisher with 26:33.84.

The marathon trio of Fred Musobo, Filex Chemonges and Jackson Kiprop will go fast with the experience counting big for the latter, who last featured at the Worlds in Beijing 2015. Kenyan Geoffrey Kamworor, 29, is the favourite.