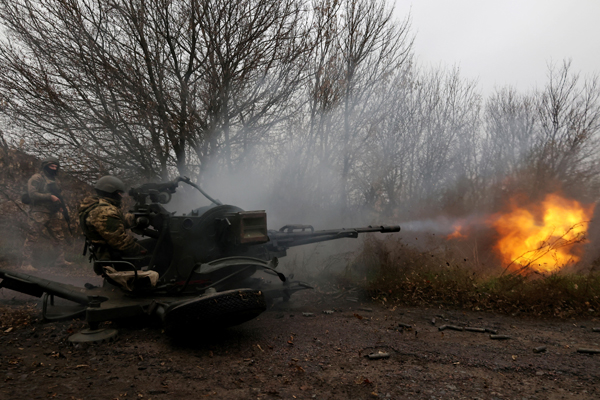 The role of the African Union in conflict resolution, the global impact of the war in Ukraine and the impact of globalisation on the development of sports and culture and creatives industries in Africa, among others to feature at the Kampala geopolitics dialogue.

Russia’s invasion of Ukraine in March 2022 marked the unprecedented use of force by one State against another since the establishment of the UN Charter in 1945. Justifying the two-day conference slated to start on November 15, 2022, organisers said the war in Ukraine has had ripple effects globally, with unmitigated political and economic repercussions. Besides, both Ukraine and Russia account for large portions of the global exports on grain, sunflower oil and fertiliser, in addition to global energy suppliers.With a population of 1.3 billion, Africa is the world’s youngest continent. This demographic brings enormous potential for growth in terms of emerging leaders, participants, producers and consumers in the sports, cultural and creative industries. They can also be important accelerators of sustainable development and advancing inclusion, including through advancing gender equality.

“However when competing with more established industry counterparts, can the global recognition of the African potential and talent on the cultural and sports scene avoid issues of cultural appropriation? How should one ensure that the development of the sport, cultural and creative industries in Africa obey market logics that are more advantageous for the African continent to support true sustainable development?” reads part of a joint statement issued by Konrad-Adenauer-Stiftung (KAS) in conjunction with the Embassy of France in Uganda, Makerere University, UN Women, Alliance Française Kampala and the Institut de Relations Internationales et Stratégiques (IRIS).

The conference, which is the fifth of its kind in Kampala will also discuss  The Future of East African Jihadism revisited – The Cases of East Congo, Mozambique, and Somalia, Health – Moving from Leadership to Partnership for a Sustainable Global Health; Cybersecurity – Resilience of African States & Threat Scenario; Defending Rights in Times of insecurity – Human Rights, Development and Security Policy as well as Understanding Ugandan’s Out-Migration Trends under the theme “Bringing International Debates to Africa.”

Other topics to be discussed include The Role of the African Union in Conflict Resolution; that’s to what extent can there be Pan-African interests?The organisers of the dialogue argue that UN peacekeeping and peace building missions now have a long history yet other actors are also becoming more and more active in this field. “One of these is the African Union (AU), which has as one of its main objectives the promotion of peace and security on the continent. The AU has been active in this field since 2006 with its Post-Conflict Reconstruction and Development (PCRD) policy – only five years after its foundation in 2001. But has it been successful? What approaches is the AU pursuing? Are the critics right who bemoan a lack of effectiveness, a lack of necessary resources, and too hesitant acting? And regarding all the 55 member states, the AU consists of, are there any unified, pan-African or even regionally unified interests within the AU at all?” the joint statement states further.

The dialogue which has attracted both African experts and international researchers also seeks to deliberate on The Role of the Private Sector and of the African Continental Free Trade Area for Economic Inclusion and Sustainable Development;Re-imagining Africa’s High Education on the Global Scale – Championing innovations for transformation as well as the Role of Data in Sustainable and Efficient Population Growth Management; Climate Change – How does the intergenerational conflict compromise environmental engagement?

Under the role of East Africa in middle eastern politics, the experts will argue out whether cooperation between the regions help to combat the rise of radical Islam and Islamist terrorist groups in some East African countries.