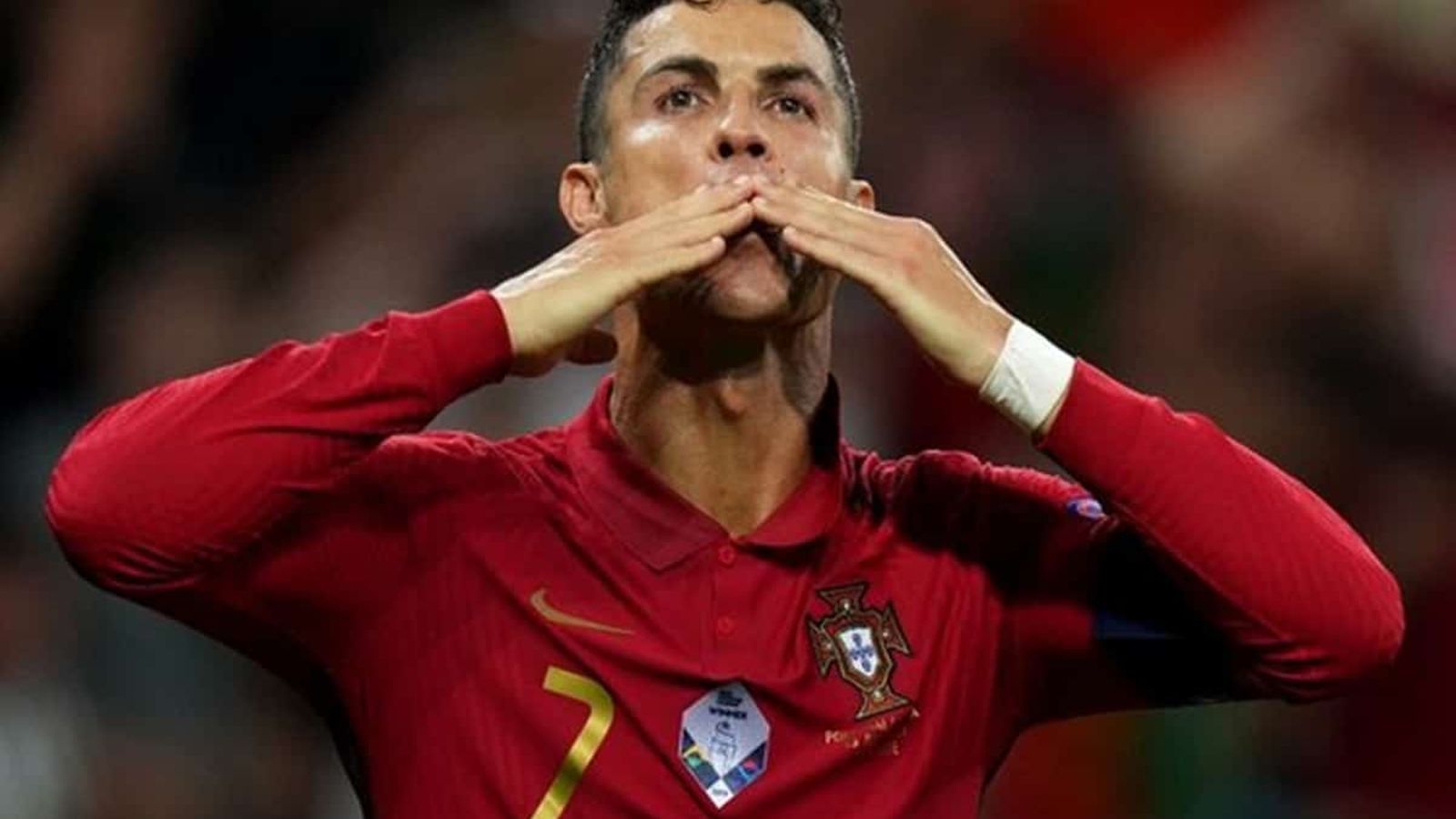 Cristiano Ronaldo has been photographed being put through his paces with his Portugal team-mates ahead of them jetting out to Qatar.

The Portugal captain, likely getting prepared to play in his fifth and final World Cup, appeared all smiles as he and the likes of Joao Felix got their preparations underway for the tournament which begins on Sunday, November 20.

The photographs come barely a day after the revealing of Ronaldo’s bombshell interview with Piers Morgan in which he made a number of incendiary claims about Manchester United, Erik ten Hag and Ralf Rangnick, among others.

Preparing at the City of Football, the country’s centre for the national side, Ronaldo was spotted warming up and joking around with Felix, another player rumoured to be having a difficult time with his club side at present, as well as former Real Madrid team-mate Pepe.

Ronaldo, warming up also alongside Manchester City’s Joao Cancelo and Wolves midfielder Ruben Neves, appeared to have all of his attention focused on the national side, which he later re-affirmed on Instagram after the session.

“Total and absolute focus on National Team work. United group, towards one objective: realise the dream of all Portuguese people!” he wrote alongside an emoji of the Portuguese flag and a bicep.

That was in spite of Manchester United acknowledging Ronaldo’s interview on Monday afternoon, releasing a short statement in which they said they were aware of the interview, which is to be released in its entirety over Wednesday and Thursday evenings on TalkTV.

“The club will consider its response after the full facts have been established. Our focus remains on preparing for the second half of the season and continuing the momentum, belief and togetherness being built among the players, manager, staff, and fans,” the statement read.

The short excerpts of Ronaldo’s interview, released on Sunday evening merely hours after Alejandro Garnacho scored a goal at the death to win it for Ten Hag’s side, appear to have already torched his relationship with the club’s supporters with many on social media declaring his legacy dead in the water.

In the interview, amid a number of explosive revelations, Ronaldo claimed that he felt he was being forced out of the club by Ten Hag and various figures.

“I don’t have respect for him because he doesn’t show respect for me,” Ronaldo told Morgan.

“Some people, they don’t want me here – not only the coach but the other two or three guys. Not only this year, but last year too.

“Honestly, I shouldn’t say that. But listen, I don’t care. People should listen to the truth. Yes, I feel betrayed.”

While he also accused the club of not moving with the times, saying that they had been surpassed by Liverpool, Manchester City – and now even Arsenal.

He said: “Since Sir Alex Ferguson left I saw no evolution in the club, the progress was zero.

“Nothing changed. Not only the pool, the jacuzzi, even the gym. They stopped in time, which surprised me a lot.

“I think the fans should know the truth. I want the best for the club. But you have some things inside [the club] that don’t help reach the top level as City, Liverpool and even now Arsenal.”

He then planted his tanks on the lawn of Rangnick, of whom he said that he was not even a ‘coach’.

“After Ole, they bring in sport directive Ralf Rangnick, which is something nobody understands,” he said.

“This guy is not even a coach. A big club like Manchester United bringing in a sport directive surprised not only me but all the world.

“If you’re not even a coach, how are you going to be the boss of Manchester United? I’d never even heard of him.”

Having previously defended him to the hilt, even the staunchly loyal Rio Ferdinand could not find justification for Ronaldo’s actions and words in his interview with Morgan.

“You can’t sit here and defend that from Cristiano Ronaldo,” Ferdinand said on his ‘Vibe with Five’ podcast.

“Deep down and I know it for a fact, this has all been manufactured for one thing – and that’s for him to leave the club.’

Ronaldo heads to Qatar for what is likely to be his fifth and final attempt at lifting the World Cup.

He has got no closer than his debut tournament in which Portugal finished fourth after being knocked out by France.