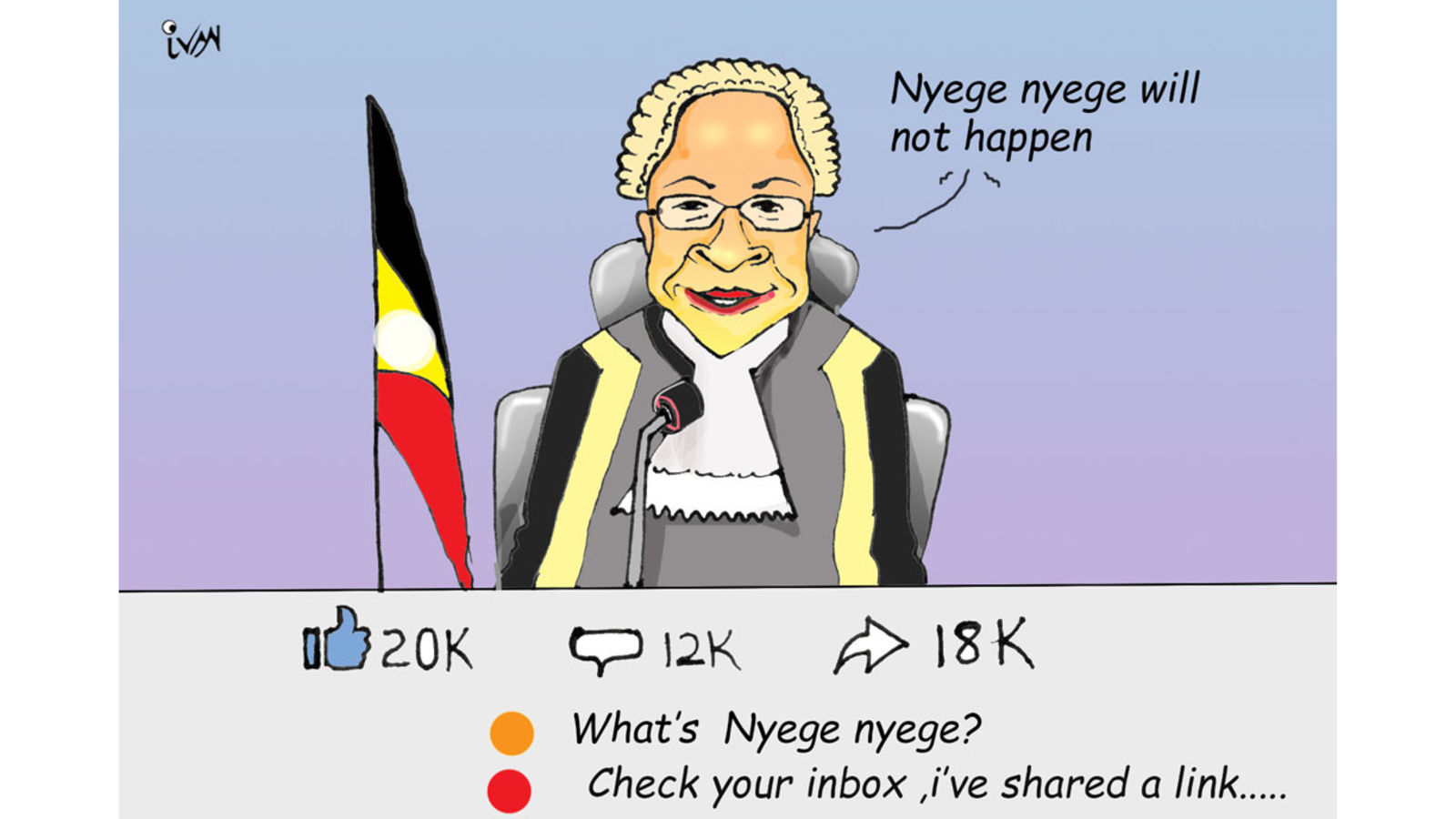 A rolex of one chapatti and two eggs is now up by Shs100. There is hardly ffene on the streets for consolation either. And all this while school fees is being raised like a flag hoisting ceremony in Kyankwanzi.

Naturally, we were all focused on these inflationary things, not some festival by whatever name. If you had asked Bad Black when Nyege Nyege would take place, she would have asked for time to also go and ask around but now even Mbonye knows the exact date – although I cannot confirm whether he has prophesied about being seen at Itanda Falls next week.

For all these years I have been around but somehow never got to know the real deal about this festival but suddenly, everything was put to the nation in graphic detail, arousing even the curiosity of Nyanjura, a spinster whose bathwater many a man would swear to drink just to woo her.

Nyanjura says she will be there for the first time just to sample what goes down (no pun intended). And you know when a drop-dead spinster says she will be at Nyege, a stream of men will be pocketing at the ticket booths. Of course, unless you are Opendi or Kibalya.

The thing is, Nyege Nyege has gone international. Until this week, the festival was dubbed as “East African” and next week’s edition was being quietly organised until Parliament got frustrated with the organisers and took the matter by its hands.

For such events to be successful, they need to be promoted with more passion than Balaam and Mao give Muhoozi. Ally Alibhai’s advertising company couldn’t have imagined such a windfall from a group of suited idlers passing for legislators.

Suddenly, the Shs250,000 ticket for Nyege Nyege is looking like a bargain. I’ve never wanted comps so badly. Comps, for the unprimed, is complimentary ticket, the thing journalists rely on to appear at happening places and drink beers on account of smiling with this or that celeb. But man, it’s easier to deny an investor a chunk of wetland than get comps now.

The fiction the Opendis and Kibalyas churned with relish have made sense for obvious reasons. There were years when Imbalu ritual ceremony was frowned upon by some inflated moralists who claimed that sex went down there but Imbalu has stood the test of criticism despite not adding anything to our forex exchange earnings.

Yes, some of you are going to constrict like pythons over the comparisons but right about now, tourist sites and other service providers around Jinja City and the district are enjoying the spill over from Nyege Nyege festival.

Now, at 250k a ticket, the organising are reaping billions. What Kibalya and Opendi could have done is put URA to task to explain how the Finance ministry would benefit from that. If people want to go around dressing fwaa, tax their dressing. Those who want to go horizontal can be taxed too.

Come to think of it, we have been whining of low tax base and going around slapping double taxation on data and stuff.

For now, the Public Relations Association of Uganda should have a special recognition for Parliament at their next dinner and awards night. These guys have earned it.