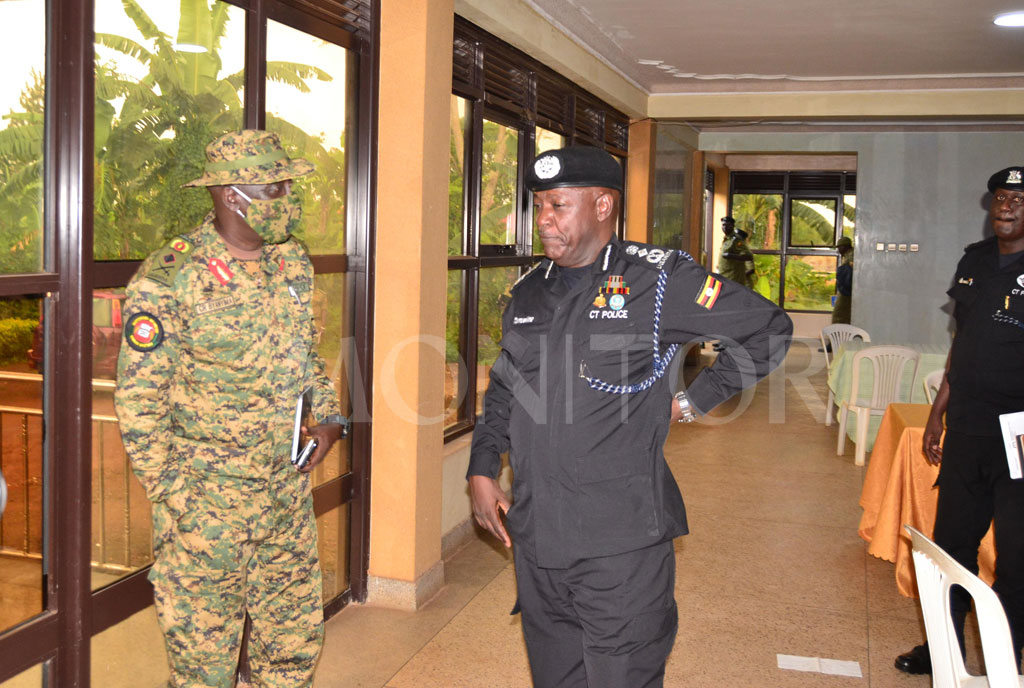 The mobilization campaign that involves meeting security officials and political leaders started Monday in the Savanah sub region even as two gunmen opened fire at a police station in Kampala.

But on Monday, police said “intelligence mobilization has already started yielding and is to ensure a state of high alertness.”

“We have identified the saboteur groups and are closing in on them. We want to make it very expensive and costly to attack any security installation and the general public,” Deputy Inspector General of Police (DIGP) Maj Gen Geoffrey Katsigazi Tumusiime said on Monday.

According to police, intelligence mobilization is to reinforce earlier operations that led to arrests of some suspects.

“We have information on their operations and financiers. We have already arrested some suspects and they will soon be paraded. We lost our officers and four guns during the Luweero attacks. This must not happen again,” Maj Gen Katsigazi told journalists shortly after meeting senior police and security officials at Luweero Diocese Guest House.

On the recent merger of some police posts and stations in Uganda’s central region, Maj Gen Katsigazi revealed that many of these were simply symbolic and vulnerable to enemy attacks.

“Some of the police posts had only three personnel and that was very dangerous. We shall now have a minimum of 15 personnel equipped with motorcycles and vehicles. We also need motorized patrols and the foot patrols,” he explained.

“Luweero has more than 8 towns and 10 sub counties that need police presence to counter any suspected criminal activity. We have very old patrol cars that need replacement,” he said.

OnOctober 31, undisclosed assailants attacked Busiika Police Station in Luweero District, killing two police officers and injuring two others. One of the injured police officers later succumbed to the injuries. On the evening, the attackers also took away two guns.

In the earlier attack at Kiwumpa village, the attackers killed a police officer at a traffic checkpoint as they took two guns.