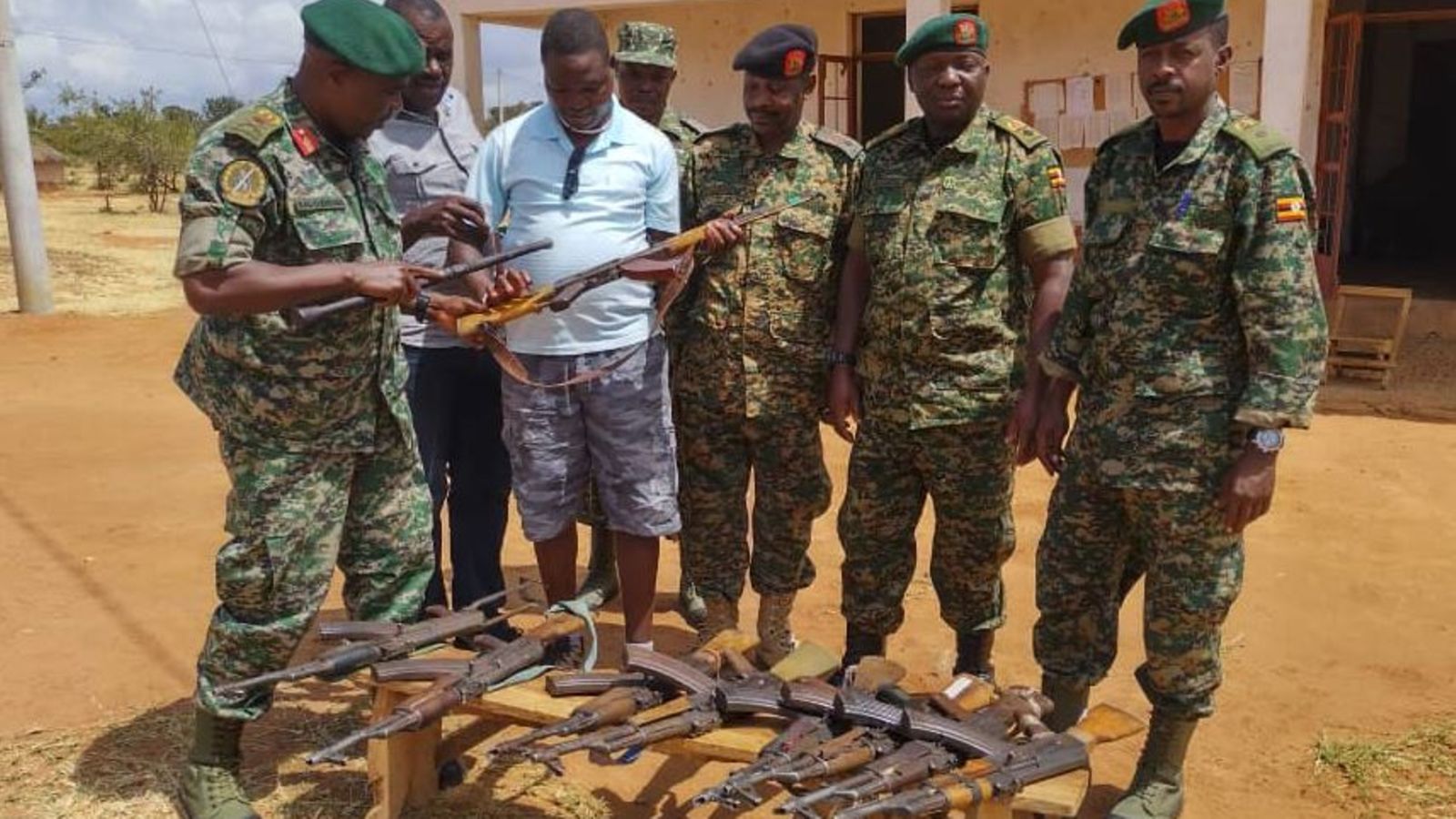 The joint security forces in collaboration with senior leaders in the area have managed to recover 12 guns from worriers in Kaabong District in Karamoja sub-region in the last seven days of operations.

“Within seven days, we have managed to recover 12 guns from criminal elements in Kaabong District. Our forces are also hunting down criminal elements who raided livestock from Turkana County in Kenya,” he said

He noted that since July 2021, they have managed to collect 626 guns and 4,023 rounds of ammunition using both forceful and voluntary approaches. Over 28,341 livestock have been recovered.

Gen Balikudembe, who has since pitched camp in Kaabong District to oversee the operations, remains optimistic and committed that more recoveries of arms and livestock shall be made in order to enhance security.

He commended the local leadership of Kaabong District for their positive efforts towards gun recovery from illegal hands.

“As a district, we are mobilizing and sensitizing the communities against the dangers of illegal possession of guns. I call upon the rustlers to desist from the vice and hand over guns to security forces voluntarily,” he said.