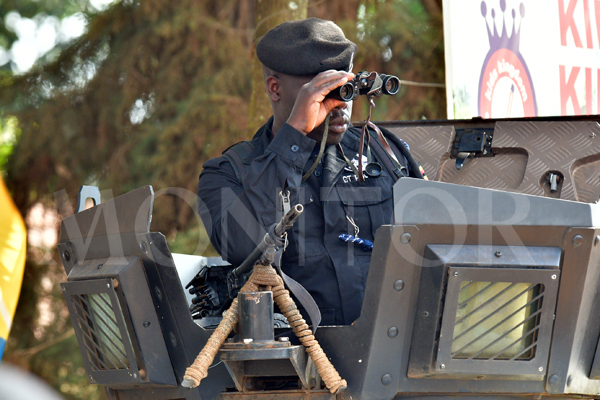 Security agencies have beefed up security on roads leading to Namugongo and the surrounding suburbs ahead of today’s Uganda Martyrs’ Day celebrations.

Criminals used to target pilgrims in the suburbs as they walked to the shrines and rob them of their phones and property.

Kampala Metropolitan Police deputy spokesman Luke Owoyesigyire said they have concentrated a big number of their convert and overt forces in the suburbs and on roads used by the pilgrims.

“Areas that aren’t covered by our CCTV cameras, we have officers to man them. There are those new classified technological capacities that I may not tell you about, but they have been deployed at Namugongo,” Mr Owoyesigyire said yesterday.

Hundreds of thousands of people convene at the Anglican and Catholic shrines in Namugongo every June 3 of the year to commemorate the killing of 23 Anglican and 22 Catholic martyrs by Buganda King Mwanga between 1885 and 1887.

This will be the first huge gathering at Namugongo since the coronavirus pandemic disrupted social life in 2020.

Criminals often mingle with the pilgrims targeting their electronics and bags.

Since the erection of CCTV cameras, crime on the main roads has reduced during the festivities at Namugongo but traffic jam often pushes pilgrims to feeder roads that are not under surveillance.

“Given the fact that it will be a public holiday, all officers from other areas in Kampala and surrounding areas will concentrate on the Martyrs Day events,” Mr Owoyesigyire said.

“However, we want the pilgrims to also be cautious. They shouldn’t leave their property unattended to and they should also use routes that are gazetted,” he added.

Northern Bypass that often is infested with phone snatchers is one of the focus areas for the security officers.

On Monday, police spokesperson Fred Enanga said all key venues will be manned by a joint security team.

“We also have standby teams, mobile squads, advance teams, 999 patrols, and motorcycle squads as part of the multi-layered security posture. In addition, our cyber and ICT offices are using CCTV cameras, to effectively monitor the conduct and movement of pilgrims at the shrines and the routes they will use,” Mr Enanga said.

Police will not allow taxi stages in towns near Namugongo shrines such as Kyaliwajjala in order to reduce congestion.

Pilgrims from the eastern route going to the Anglican and Catholic shrines will access the venues through Seeta, Sonde, Bweyogerere, Buto, Kyobe Road, and park at the church farm.