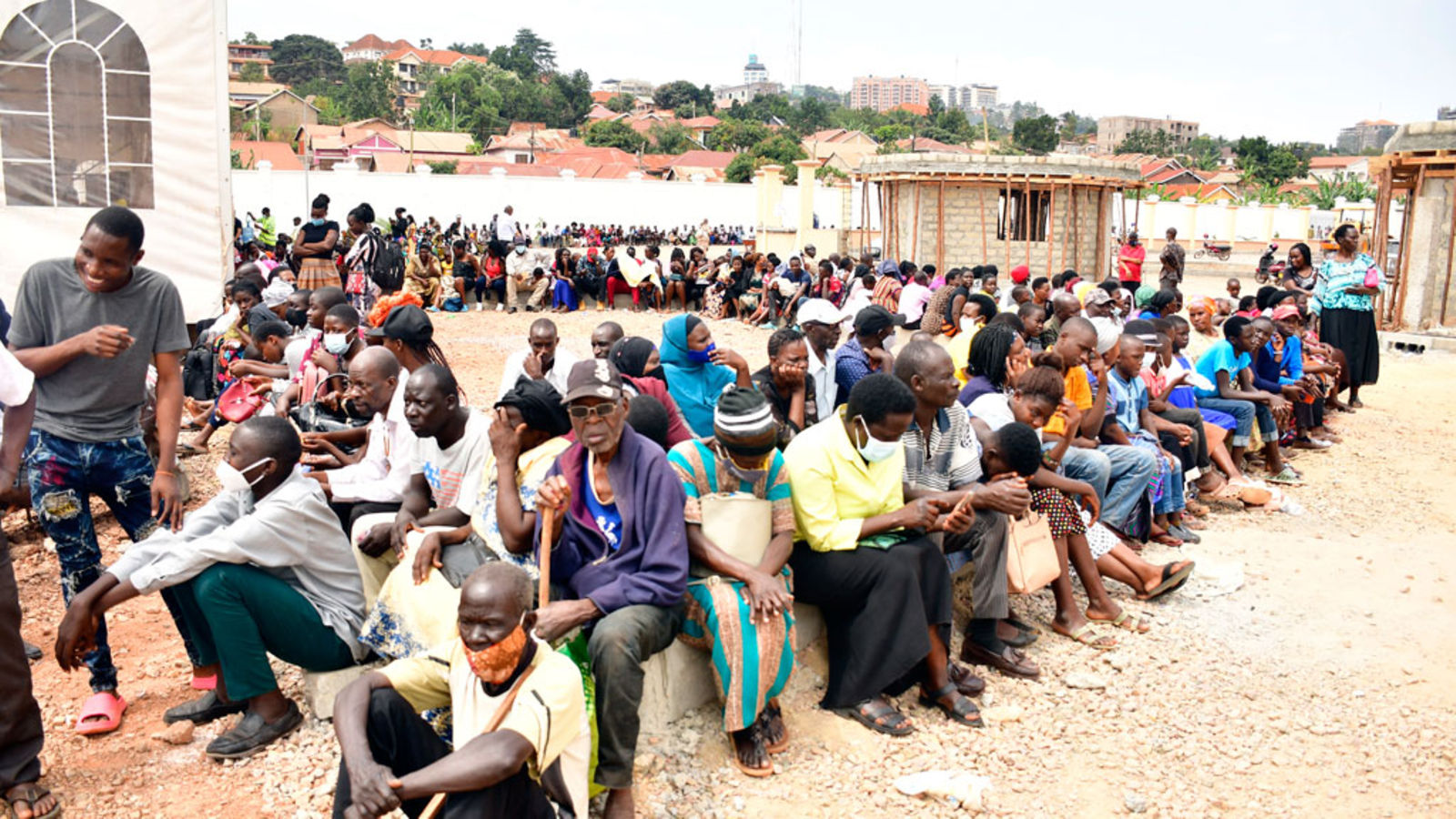 About 2,000 women, children and men brave the scorching sun and long queues in the Kampala suburb of Bukoto, awaiting free health care at a medical camp.

It is August 12, the last day of a two-week camp organised by well-wishers for impoverished people who can’t access care in hospitals because of high costs and other factors.

“People are broke and they can’t afford the cost of medical services in hospitals, especially in these times. We are seeing 4,000 patients per day,” Dr Ezra Kibirango, the chief medical officer at the camp, says.

Dr Kibirango adds that more than 60 percent of the patients were seeking more than one service—dental, eye and reproductive health services, among others. This signals serious gaps in access to health services, he further opines.

This affirms the Multidimensional Poverty Index (MPI) report released by the government in July. The index, among others, indicates that up to 18 million Ugandans (42 percent of the population) face some form of deprivation in accessing health care and other social services.

Specifically for health care, the MPI report showed that 14 percent of Ugandans (six million) are deprived, a figure which some researchers said doesn’t reflect the entirety of the deprivation.

The Uganda Bureau of Statistics (Ubos), in the MPI, measured the effective use of healthcare services and considered access to healthcare in terms of distance to a health facility, cost of accessing care, and quality of care. This entailed assessing the availability of qualified staff, staff attitude and drug availability.

Ubos considered a household deprived if at least one household member was sick in the 30 days preceding the survey and did not seek care due to a range of reasons. A household was also considered destitute if a member who fell sick in the last 30 days consulted a healthcare staff, but the first place of consultation was outside the radius of five kilometres from the household.

The report made clear that the “highest deprivations are in access to improved toilet facilities (76 percent), housing materials (65 percent) and electricity (65 percent)”, which are important factors determining the health of members of a family or community.

Mr Vincent Ssenono, Ubos’ principal statistician, noted that the lack of toilets predisposes the family to a number of diseases that increase that drain on the family of limited resources and affect productivity.

“The inability to access electricity and high cost of the same is forcing people to use charcoal, which affects the environment and increases the risk of respiratory diseases,” he said.

Mr Richard Ssewakiryanga, a senior research fellow at the Centre for Basic Research, reckons the choice of health indicators should be improved to capture the real extent of the deprivation.

“Households can score very well on some of the metrics that we have put up there, but then they have other elements in the household that we need to think about,” he said, citing, for instance, “if a household has a person with a disability or somebody with mental illness or bedridden. This, he added, “may not be captured in our metrics.”

Mr Ronald Ocira, 43, a resident of Mutungo-Bbiina in Kampala, told this reporter at the August 12 medical camp that lack of money was barring him from accessing specialised services. He travelled 10kms. “I’m suffering from intestinal issues, but I got the medicine and I am confident I will recover,” he revealed.

In Kampala, medical consultation costs anywhere from Shs50,000 and above for complicated conditions. This is usually before one gets medicine or other forms of medical care.

The situation is not any better outside the central region. Mr Bonny Opio, 27, from Lira City, told Saturday Monitor that he had not gone to the hospital four months after he started experiencing haemorrhoids.“I don’t have money for surgery right now. I am still experiencing the disease, but I hope it will disappear [on its own],” he said.

According to medical experts, when you have had persistent discomfort, pain, or itching for a week due to haemorrhoids, a doctor check up suffices. The disease can be managed through medicines or surgery, depending on the stage and seriousness.

A 2017 report from the Economic Policy Research Centre on Universal Healthcare (UHC) coverage in Uganda indicated that there are fundamental challenges with the health infrastructure in Uganda.

During the workweek leading up to the August 12 health camp, Dr Jane Ruth Aceng—the Health minister—told the Parliamentary Health Committee that the government is expediting the National Health Insurance Scheme to improve UHC. She added that they want the law to be in place this year.

Dr Aceng also told the same committee that the government is constrained by 10 shortfalls, including, inter alia, inadequate financing, shortage of specialists and inadequate equipment.

Information from the Health ministry indicates that up to 74 districts in the country lack government general hospitals, meaning the locals have to cross districts or travel to Kampala to get medical care.

“The estimated cost for construction and equipping is Shs70b per hospital and the total cost for 74 hospitals is Shs5.1 trillion,” Dr Aceng revealed, adding that the creation of new districts is not being matched by the need for more funds for the establishment of health facilities and service delivery to the people.

She said the government allocates each Ugandan only Shs62,900 per person per year for medical care. This, Dr Aceng added, falls way short of the minimum requirement of Shs125,800 to avail of essential healthcare.The Shs62,900 can only treat one episode of malaria attack in low-level clinics in Kampala where people are charged anywhere from Shs60,000 to Shs100,000 for the treatment depending on the severity of the disease.

Dr Aceng said the biggest chunk of the funding for supplies of essential medicines come from development partners.

“The available government funding for essential medicines and health supplies is Shs9,285 per capita [of which 36 percent is for antiretrovirals or ARVs],” she said.She added: “This is far below the recommended Shs44,000 per capita. Development partners contribute up to 64 percent of the funding for medicines and this is mainly for ARVs, HIV testing kits, TB drugs, antimalarial and reproductive health commodities.”

Dr Kibirango concurs, adding that there must be a deliberate policy to increase the funds channelled toward health care.