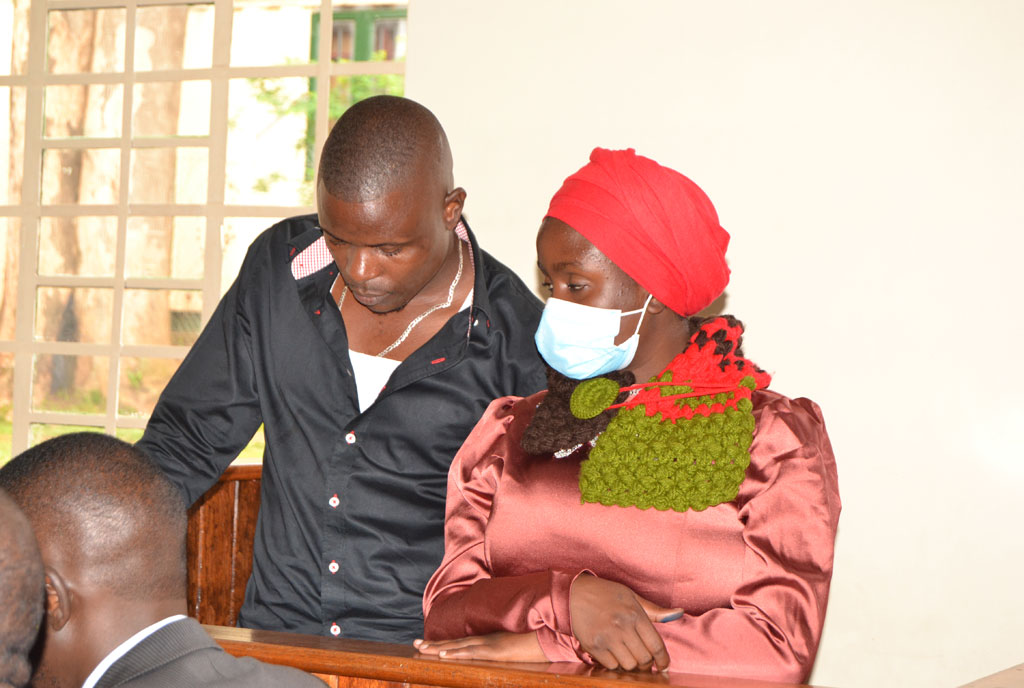 Jailed Kampala socialite Charles Olimu, alias Sipapa, has raised concern over delayed investigations by the state in regard to the accusations against him.

Olimu and his wife Shamira Rukia Nakiyemba are on remand at Luzira prison. The duo are battling six charges of aggravated robbery, offences for which the maximum penalty is death.

Through their lawyer, Mr Geofrey Turyamusiima, the two asked the Makindye Magistrate’s Court to prevail over what they called the state’s failure to conclude its investigations into the matter.

“The last time we appeared in court, we were given a long adjournment to allow the state to complete the inquiries in the matter. However, this has not happened,” Mr Turyamusiima told the court.

However, the prosecution led by Ms Hope Rukundo objected to Olimu’s submission saying they are still within the mandatory time as stipulated by the law.

The state’s submission prompted the presiding Magistrate Esther Adikini to dismiss Olimu’s submission reasoning that their argument is premature.

“It is true the state is within their mandatory time, however, we encourage them to get in touch with the investigating officer in the matter,” Ms Adikini ruled.

Olimu and his wife have been on remand since September 9 and were further remanded until December 12 for mention of their case.

According to the Constitution, the mandatory remand period for capital offenders is 180 days (six months) before they are committed to the High Court for full trial or granted bail.

The prosecution alleges that Sipapa, a businessman dealing in gold, cars and music promoter; Nakiyemba, a designer; and others still at large, on the night of August 29 at Bunga Kawuku, Makindye Division robbed a Jacob Arok Mul and Mary Ateng of several items.

It further alleged that the group used a substance on Arok and Ateng which rendered them unconscious.On September 26, the accused’s lawyers of Elgon Advocates quit their case for allegedly failing to pay legal fees.

Trail of evidenceDuring the subsequent investigations, detectives tracked down an iCloud signal from one of the stolen iPhones that reportedly led them to the socialite’s home at Kityo close, Buwate in Kira Division.

“They interviewed the occupants who told them that the home belonged to Sipapa, who was not at home. He had travelled to Tororo [District in eastern Uganda]. A thorough search was conducted in the home in the presence of Nakiyimba, the wife to Sipapa and exhibits of evidential material, allegedly stolen from the home of Arok recovered,” Mr Fred Enanga, the police spokesperson told journalists in September.

They include; $70,000 (about Shs267 million), four iPhones, three laptops, gold jewelry, an iPhone charger and a Mac pro charger.  Also recovered were two registration number plates, UBG 025B and UBA 023U. In addition, an assortment of car accessories was recovered.