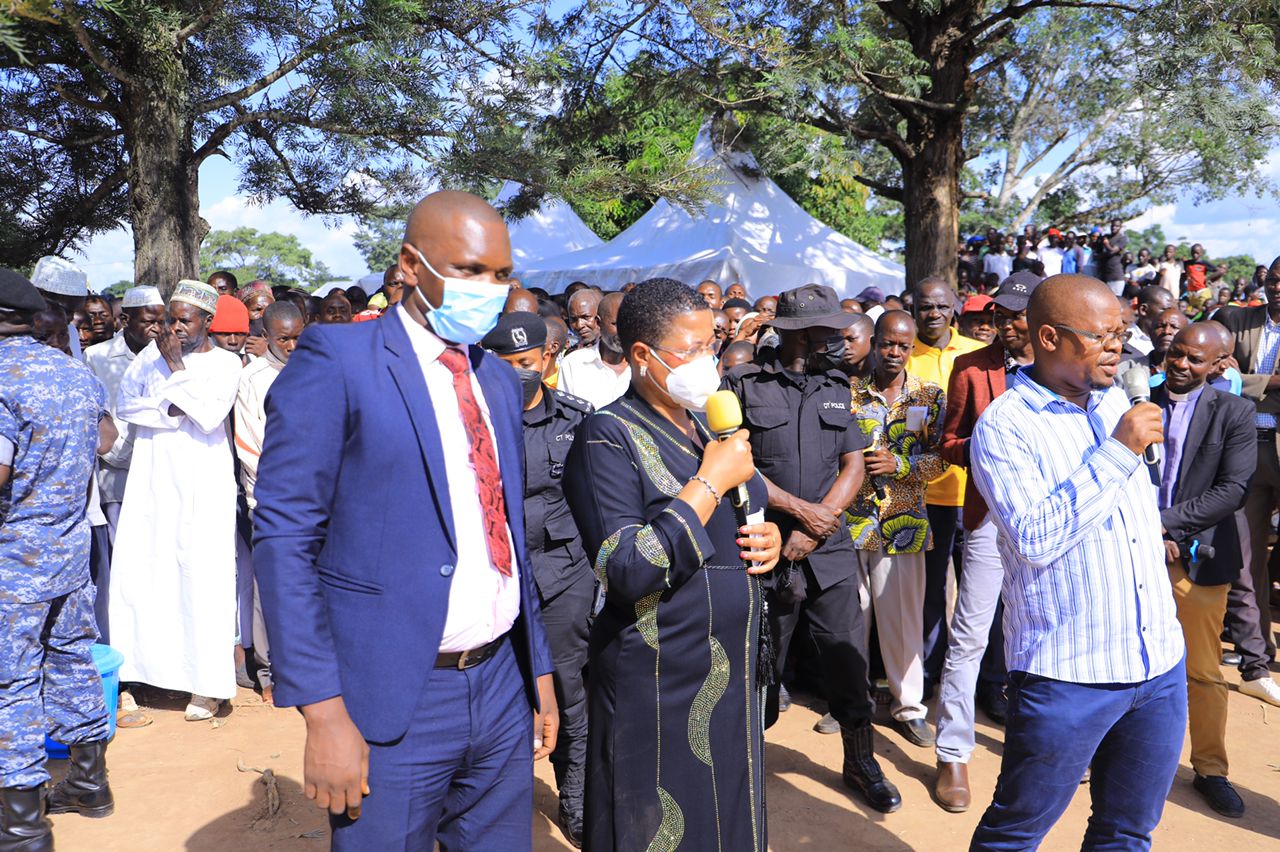 Speaker of Parliament Anita Annet Among has urged leaders across society to drop any differences and grudges among themselves so that they focus on serving Ugandans as a means of bettering cohesion and development in the country.

Accompanied by the Budiope East legislator Mr Moses Magogo, Speaker Among was on Friday welcomed by an enormous congregants on at Irundu town council, in Buyende District comprising district leaders, community members and cultural leaders from the Busoga Kingdom.

In her message delivered at Irundu town council at the sendoff of late Suleiman Abdullah Sooka in Buyende District, Speaker Among told mourners who mostly comprised Busoga leaders to desist from unhealthy competition and hatred as such tendencies plough ground for underdevelopment, poverty and obstruct welfare improvement.

“I want to urge all political opponents to stop fighting and work towards improving lives,” Speaker Among told mourners who included political and religious leaders in Buyende District.

The Speaker’s message directly resonates with President Museveni’s persistent call to leaders demanding that they combine efforts to better the country’s welfare.

It is worth noting that President Museveni while at Kololo Independence grounds on Tuesday in his State of the Nation Address (SONA) rallied leaders in the various Ministries Department and Agencies (MDA) to work towards improving livelihoods.

Similarly, the Speaker rallied the citizenry to strictly adhere to the safety measures against covid-19 as the Ministry of health tackles fresh growing cases across the country.

Speaker Among cautioned on the strong need to observe Ministry of Health SOPs so that the country does not suffer similar effects suffered in the last two years when the pandemic first struck.

In her message, she urged countrymen to collectively tackle the pandemic reasoning that would support government efforts that are geared towards economic recovery, a situation that was occasioned and or worsened in 2020 after Uganda first suffered the adverse effects of the pandemic.

The Speaker’s message is in line with President Museveni’s call to all Ugandans to guard against Coronavirus issued on Tuesday as he issued his State of the Nation Address (SONA) at Kololo independence Kampala.

This was after the Minister of Health Jane Ruth Aceng revealed that the country’s positivity rate had increased, making it similar to that of last year.

“This increase is similar to the rise we faced in June 2021 when the Delta variant was prevalent,” Minister Aceng recently said.