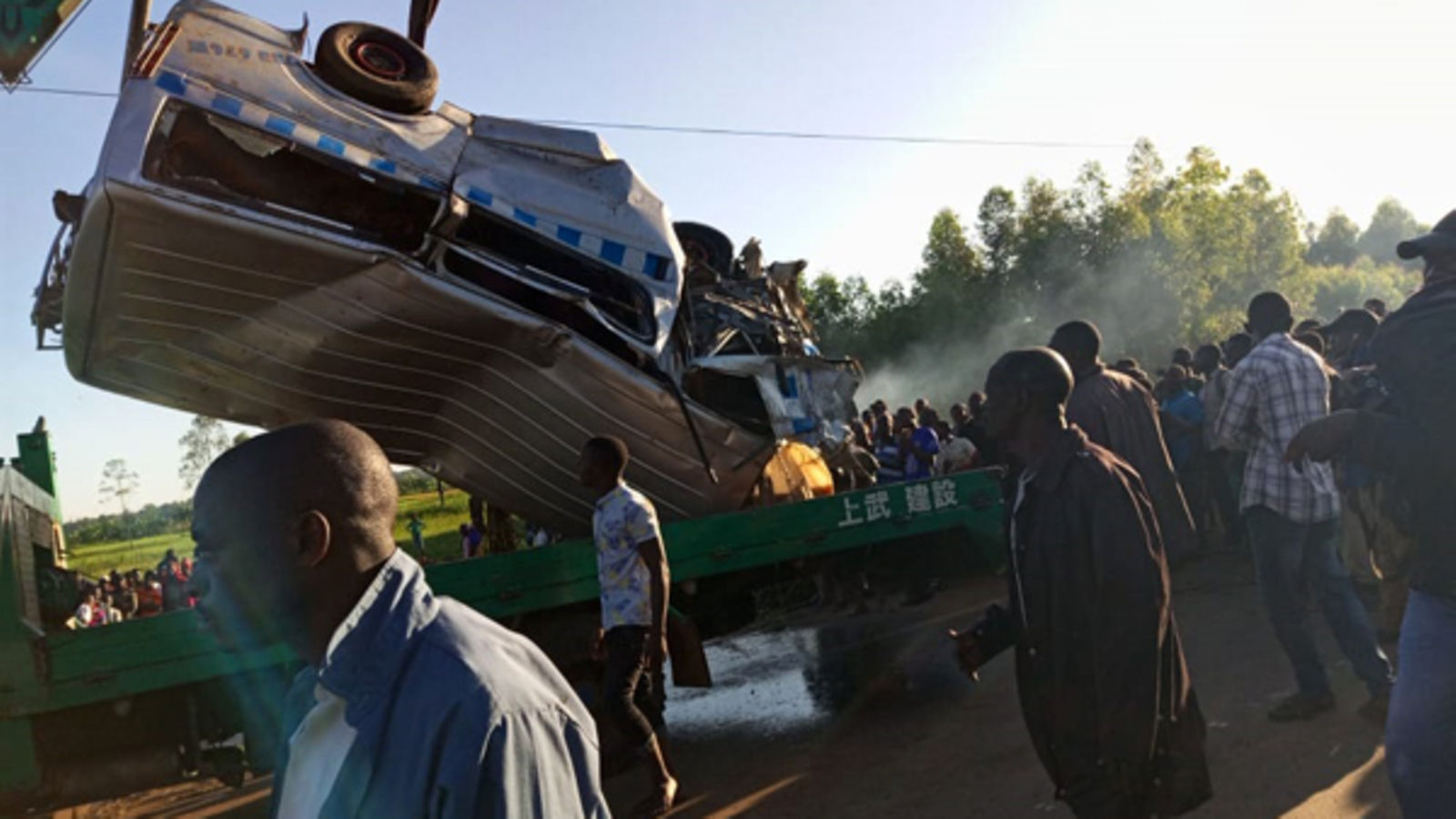 Over the past three years, the festive period has stood unparalleled as the time when traffic crashes claim the most number of lives on Ugandan roads.

It’s not yet December, but the first 15 days of May of 2022 have produced figures that are worrying observers.

Statistics collated by the police Directorate of Traffic and Road Safety indicate that 176 lives have been lost this month thus far to 113 fatal accidents.

A further 659 people have been left nursing severe injuries from the accidents that also include 405 serious accidents. The fatality data collection system spotlighted 153 lives lost in traffic crashes last month. This means that 329 lives have been lost over a 45-day stretch.

Across the past three years, the highest number of fatalities was captured in the annual crime report of 2020-2021.

Final figures released by the force this past week show that 473 people died in traffic crashes last December. Before, the highest number was captured in the report for 2019-2020 that tallied 374 deaths in February. Earlier, the annual crime report of 2018-2019 illuminated 312 fatalities in December.

A data set from the first two days of this month (May) shows that fatalities were most pronounced in Kampala Metropolitan Police North (four), Rwizi-Mbarara (four), Kampala Metropolitan Police East (two), and West Nile-Arua (two). The data set show that 23 people died in traffic crashes across the two days. This works out to an average of just under 12 fatalities each day.

The data set also indicates that the number of all types of crashes (fatal, serious, and minor) totalled 119.

Such spikes—past and present—have moved observers to say that Uganda is facing a crisis on its roads. Traffic crashes appeared to be taking a nose dive after the police—in partnership with the Uganda National Road Authority (Unra) launched a road safety campaign on all highways dubbed Operation Fika Salama in 2016.

Stephen Kasiima, who was then the director of traffic and road safety, described the campaign as “a special intervention to reduce accidents.”

It was, he further revealed, to be enforced by traffic police in conjunction with other security organs and the Works and Transport ministry.

A mini survey conducted by Saturday Monitor revealed that enthusiasm of officers enforcing Fika Salama operations has tapered off rather steeply.

A credible source in the traffic directorate intimated to us that interest in Fika Salama operations waned a long time ago thanks to a dearth of resources to facilitate police officers on highways.

“What remained are only checkpoints, but the officers who were supposed to patrol roads leading to the checkpoints were removed,” our source said.

Ms Faridah Nampiima, the traffic police spokesperson, last week was at pains to stress that Fika Salama checkpoints should not be spoken about in the past tense.

“These accidents are not happening where the Fika Salama checkpoints are,” she said, adding, “Driving should be done the right way with or without traffic officers. Why behave well when the officers are there and then misbehave after passing them? Road discipline starts with you,” she said.

The Uganda Road Fund’s 2021 body of work titled “Road User Satisfaction Survey Report” does more than appeal to the visceral fear of Ugandans.

The report, which was released this past week, presents empirical evidence for what explains the risky—even reckless—driving behaviours on Ugandan roads.

It attributes the carnage on Ugandan roads to “road factors” (narrow roads, potholes, and poor signage) and “human factors” (speeding, less frequent use of seat belts) as what has wiped out the progress in reducing traffic crashes, injuries and deaths that campaigns like Fika Salama had achieved.

The report suggested that there must be strong enforcement of driving standards and regulations across the board.

Dr Olive Kobusingye, the researcher and principal investigator of the trauma, injuries and disabilities project at Makerere University’s School of Public Health urged strong public-private efforts to instigate a sea change on Ugandan roads. She says the government needs to come up with a public transport model that is affordable, sustainable, accessible, and efficient.

The tens of thousands of unregulated 14-seater PSVs, growing fleet of buses and hundred of thousands of boda-bodas have turned Ugandan roads into a jungle where a ‘survival for the fittest’ creed holds steady. This has been to the detriment of not just passengers but also pedestrians. The annual crime report of 2020-2021 showed that accidents involving pedestrians rose by 10.02 percent from 1,258 in 2020 to 1,384 in 2021.

A report released by Makerere University’s School of Public Health strongly recommends improving pedestrian road safety, reasoning that they are the largest group of road users killed in Uganda. The 1,258 fatalities in 2020 accounted for 34.3 percent of the road traffic deaths in the country.

Dr Kobusingye, the lead author of the report, revealed that their findings established that Uganda had a Non-Motorised Transport Policy whose implementation had been tenuous at best. Roads, she added, were prioritised for vehicles over pedestrians.

“The key programmatic challenges in the implementation of policies and the pedestrian road safety measures included; inadequate funds, lack of political support; and lack of stakeholder collaboration, We also noted that no attention was paid to monitoring and evaluation of pedestrian road safety interventions,” the report reads in part.

Makerere University’s School of Public Health also made a policy review around improving road traffic injury data collection in Uganda. The school also established that both health facilities and traffic police departments had nationwide data systems with clear data flow and reporting structures for transmission of data from lower to higher levels.

“However there were no links between the police traffic crash reporting system, hospital traffic injury data, and mortuary traffic crash data, There were no systems to collect data on patients who do not make it to health facilities, and the information on those who do end up in mortuaries without passing through a hospital has no place in any regularly reported dataset,” the report noted.

The response time of first responders has also been severally blamed for the deadly step backwards when it comes to fatalities in traffic crashes.