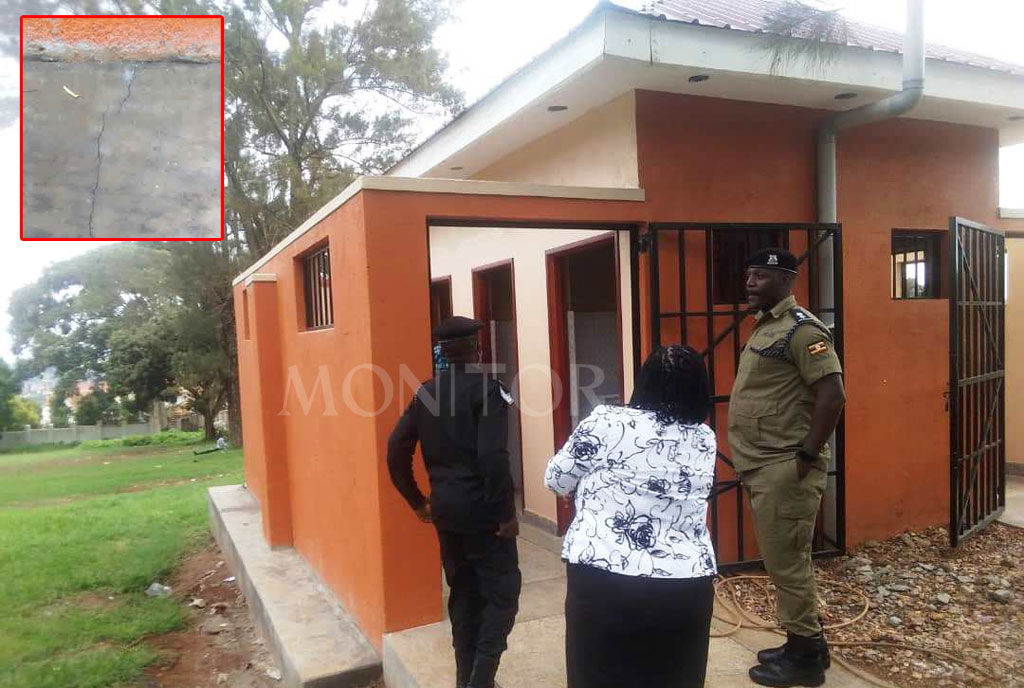 The State House Anti-Corruption Unit has launched investigations into the construction of a public toilet in Masaka City that reportedly cost Shs48m.

The four-stance water-borne toilet at the Masaka Liberation Square in Nyendo/Mukungwe Municipality has developed cracks barely a month after it was commissioned.

The State House officials inspected the facility at the weekend in the company of  Ms Beatrice Akello, the State minister for Economic Monitoring.

In an interview with Monitor on Monday, Ms Akello said:  “There is visible evidence of no value for money on that facility and the State House Anti-Corruption Unit has started investigations into how Shs48m was utilised.”

The minister said the facility is not worth Shs48m which the city authorities claim to have spent on the project.

The minister has, since last week, pitched camp in Masaka with the State House team to monitor various government projects in the sub-region.

When asked to explain how the defects emerged, Ms Sarah Nandawula, the Nyendo–Mukungwe Municipality clerk, referred the investigation team to the city engineer, Mr Augustus Turibarungi.

“The engineers have the right information, even about the contractor. I don’t know the name of the contractor off head,” Ms Nandawula said while responding to queries from Mr Vincent Tumusiime, the head of the Directorate of Economic Affairs and Research in State House.

However, Mr Turibarungi declined to comment on the project.Mr Tumusiime wondered how an accounting officer could fail to remember the name of the contractor who worked on a project just a month ago.

“I ask the State House Anti-Corruption Unit team to work with the office of Resident City Commissioner and ensure that all funds spent on this facility are accounted for,” he said.

Mr Keith Mugisha, a resident, told Monitor that they started noticing the cracks a week after the toilet was commissioned.

He said the toilet is always closed and residents rarely use it.“It [toilet] is only opened when there is a function at the Liberation Square but on other days, it is closed and there is no attendant,” he said.

Currently, Masaka City has nine public toilets. Some of the toilets are located in taxi parks while others are on the streets.

Many of the toilets were erected before Uganda attained her independence in 1962 and are in a sorry state.

Some are no longer in use after being replaced by private structures or shut down completely because the city authorities failed to maintain them.