I don’t want to be controlled by anybody 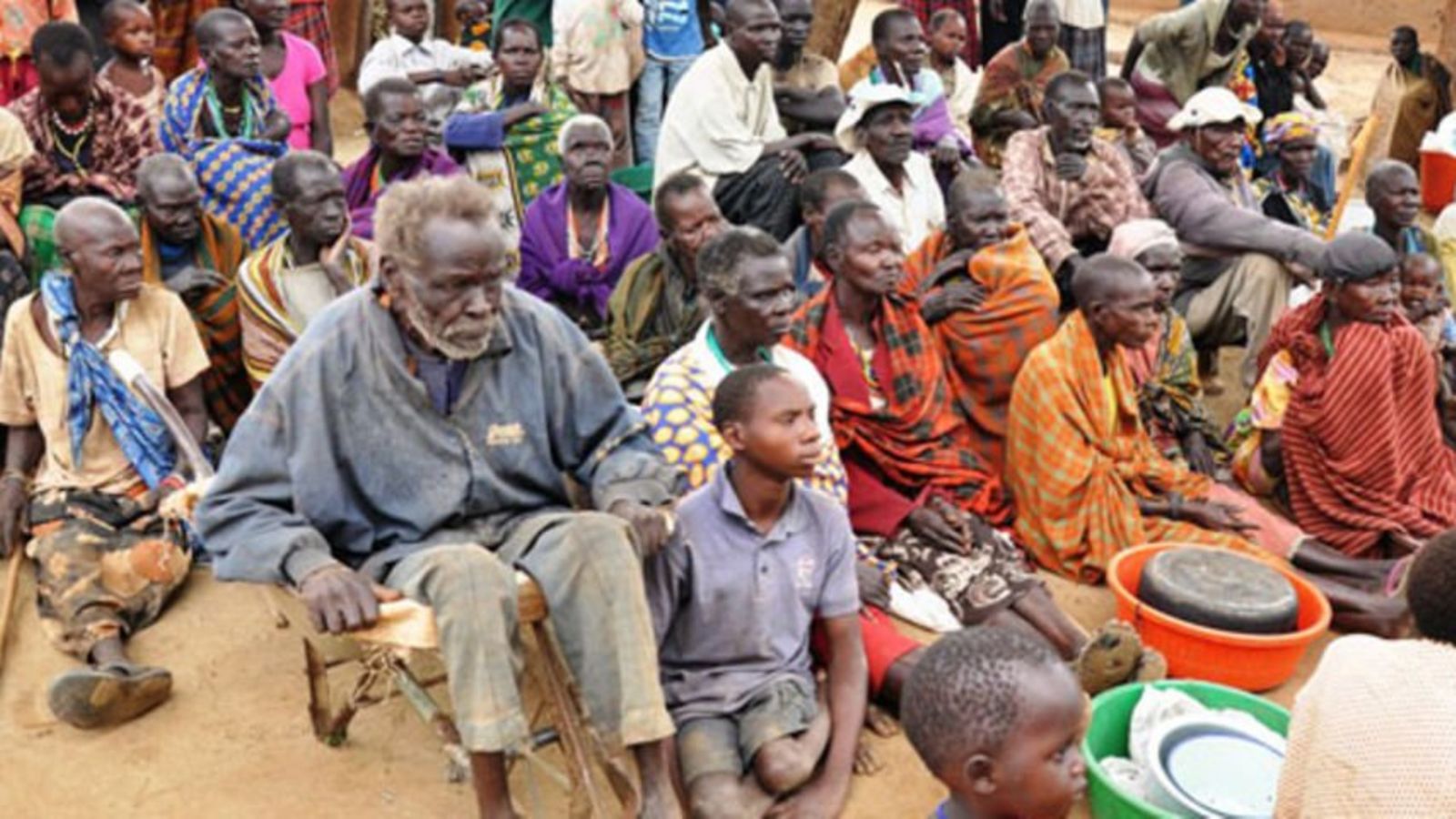 The food insecurity situation in the Karamoja Sub-region has reached a crisis level. Hundreds of people are reported to have died, with hundreds of thousands more in dire situations, facing starvation.

The latest data from the Integrated Food Security Phase Classification (IPC) indicates that all nine districts in the Karamoja region are classified in IPC Phase 3 (Crisis). About 41 percent of the population or 518,000 people found themselves facing high levels of acute food insecurity between March and July 2022.

In terms of severity, the districts with the highest percentage in the crisis level are Kaabong, Kotido and Moroto. Each had 50 percent of the population at crisis level, followed by Nabilatuk at 40 percent.

The report says the food security situation in the region has continued to deteriorate, with the population in crisis level increasing from 27 percent in June 2020, to 30 percent in April 2021, and to 41 percent in April 2022. Households facing high levels of acute food insecurity have large food consumption gaps and can only meet their minimum food consumption requirements after employing crisis and emergency coping strategies.

Mr Jino Bornd Meri, the LC5 chairperson of Kaabong District, told Sunday Monitor the situation is spiralling out of control. He said hundreds of mostly elderly people have died in the past five months and mass burials are on the cards if no state intervention is lined up.

“I had requested my technical people to provide me data so that I could speak from informed position and in one sub county,” he said, adding, “They gave me a figure of more than 300 people who have died this year…I told them to stop because I cannot give out this kind of data…”

Though Mr Meri did not mention the specific sub-county, he said the situation is similar across the district. Elderly people, children and women have been the most hit.

“We need to act now before we begin organising mass burials. The situation in my district is not good at all,” he warned.

Mr Charles Komakech Oluba, the chief administrative officer of Moroto ,  said the district is faring no better than Kaabong.

“We are in a situation where if we don’t act now, we must prepare to bury more people. Right now, many people go for days without food,” he said before asking “How do you expect such people to survive?”

Humanitarian agencies say 48 percent of the households have depleted their essential livelihood assets, including consuming seed stocks to cope with the situation.

The Monitor understands that about 91,610 children aged six to 59 months and 9,453 pregnant or lactating women in the nine districts are affected by acute malnutrition and are in need of treatment.

It adds that in the projection period of August 2022 to January 2023, acute malnutrition is expected to improve in two districts—in one district from alert to acceptable, and in the other from serious to alert. The situation is expected to remain the same in other districts.

According to the report, of the nine districts analysed, Amudat, Kaabong, Kotido, Moroto, Nabilatuk and Napak are of concern in terms of both acute food insecurity and malnutrition.

Mr Marcus Prior, the Deputy Country Representative of the United Nations World Food Programme in Uganda, said all the nine districts of Karamoja are at crisis level of food insecurity or worse.

“In Karamoja, every 10 days, half of the population wakes up in the morning, knowing that they will not eat anything the entire day and night. Yet they must go out and find a way to generate income and look after their families,” he said, adding, “How are they supposed to survive when food, the very fuel of life, is not there?”

Mr Prior said there is need to give timely and simplified information on weather, knowledge on how to handle and store food as well as emergency support when hit by disasters. He also added that even in situations where relief supplements are given to severely malnourished children, food is shared by an entire family.

“Now is the time to put together our heads, pull together our resources, to stave off the perfect storm that is threatening to sweep off Karamoja. Without urgent funding, the situation will only get worse and lives will be lost,” Mr Prior forecasted. “We cannot just stand on dry land and watch our neighbour, Karamoja, drown. This should not be pushed to tomorrow, next year or next month. We must step up now.”

Ms Sacha Westerbeek, the chief communication officer at Unicef Uganda, said the situation in Karamoja is made worse by a number of interrelated challenges. These include climate change, which also contributes to the ongoing drought in the Horn of Africa, acute food insecurity, poor food consumption, insecurity, and high levels of malaria as well as diarrhoea.

“Together, these problems have put the lives of nearly 23,000 severely malnourished children at stake,” she noted, adding that her recent trip to Kaabong and Moroto a fortnight ago indicated that “the situation of children is expected to get much worse over the next few months.”

She said children with severe acute malnutrition are of special concern in situations like the one Karamoja is grappling with. Science indicates that they are up to 11 times more likely to die than well-nourished children.

“The good news is that acute malnutrition can be prevented…if prevention fails, it can still be treated through a package of key services,” she said, adding, “However, in order to marshal those services, we need urgent action and support.”

Mr Antonio Querido, the United Nations Foods and Agriculture Organisation (FAO) representative in Uganda, said it is evident that the last two years have been challenging due to numerous shocks that keep disrupting livelihoods, especially for the vulnerable communities.

He said Karamoja has heaped one disaster on the back of another, including desert locust infestation, animal disease outbreaks, cattle rustling and lately high insecurity.

“All these factors have eroded the gains earlier achieved through our resilience programming. There is a need for strategic partnerships and combined response because the situation of food security in Karamoja is deteriorating year after year,” he said.

Mr Querido said a reactive approach should be eschewed for a proactive one where “[we] anticipate the increased risk and invest in strengthening early warning efforts at the national and community levels.” This, he added, will help them “capture real-time evidence to monitor an evolving risk with practical indicators to allow anticipatory and early decision-making to reduce the impact of an impending crisis.”

He said development partners and the government should invest in both emergency response and long-term solutions to resolve the hunger and malnutrition crisis in Karamoja.

“It is in this effort that FAO and partners are working closely with national and local governments to strengthen capacities to reduce, anticipate and rapidly respond to the effects of shocks and sustain climate-resilient rural development in Karamoja Sub-region,” he said.

“We are working with the government of Uganda through line ministries of Agriculture, Animal Industry and Fisheries, and the Ministry of Water and Environment, Ministry of Gender, Labour and Social Development and Ministry of Local Government to build local capacity at national, district and sub-county levels for climate change mitigation and adaptation,” he added.