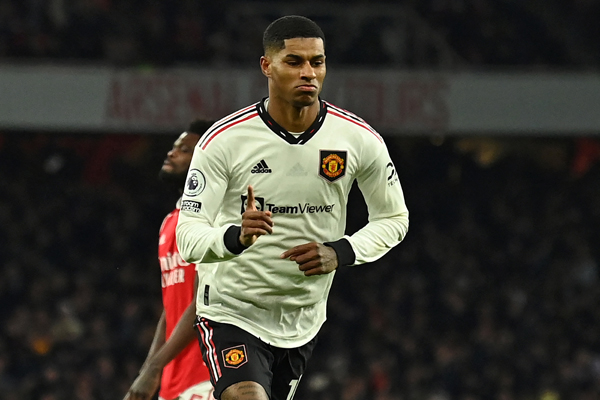 Erik ten Hag has told Marcus Rashford to stay at Manchester United because he wants to transform them into the world’s best team.

United have failed to win the Premier League since Sir Alex Ferguson retired in 2013 and their last major trophy was the Europa League in 2017.

It is their worst trophy drought in 40 years, but United boss Ten Hag is showing signs of being able to rebuild the club after a positive start to his reign this season.

England forward Rashford has emerged as a key figure in United’s climb to fourth in the Premier League.

After two years of poor form, the 25-year-old has been revitalised by Ten Hag and United hope he will extend a contract that has 18 months to run.

French giants Paris Saint Germain were linked with Rashford last season but, on the eve of United’s League Cup semi-final first leg at Nottingham Forest on Wednesday, Ten Hag made a confident pitch to the forward to remain at Old Trafford.

“I think he understands Man United is his club. That’s first. But also, in this environment, in this team, I think he is playing his best football,” Ten Hag told reporters.

“He’s improving and that’s about him because he’s working on the good things. He’s giving 100 per cent energy, he has a good plan and I think also in this team he can bring in his qualities.

“So, this team can help him get in the right position and to score goals, where he is good at. If we want to get the success we want, we need him.”

Rashford has scored 17 goals in all competitions for United this season and shone for England at the World Cup in Qatar.

Asked about a potential revival of PSG’s interest in Rashford, Ten Hag said: “I hope that all our players get an interest from clubs because that means we do a good job, the team is outperforming, so that is what we are aiming for.

“Then, I would say this is the best place to be because we want to construct the best team, first of England and then in Europe and then in the world.”