This country has no room for hooligans – Brig Balukudembe

This country has no room for hooligans – Brig Balukudembe 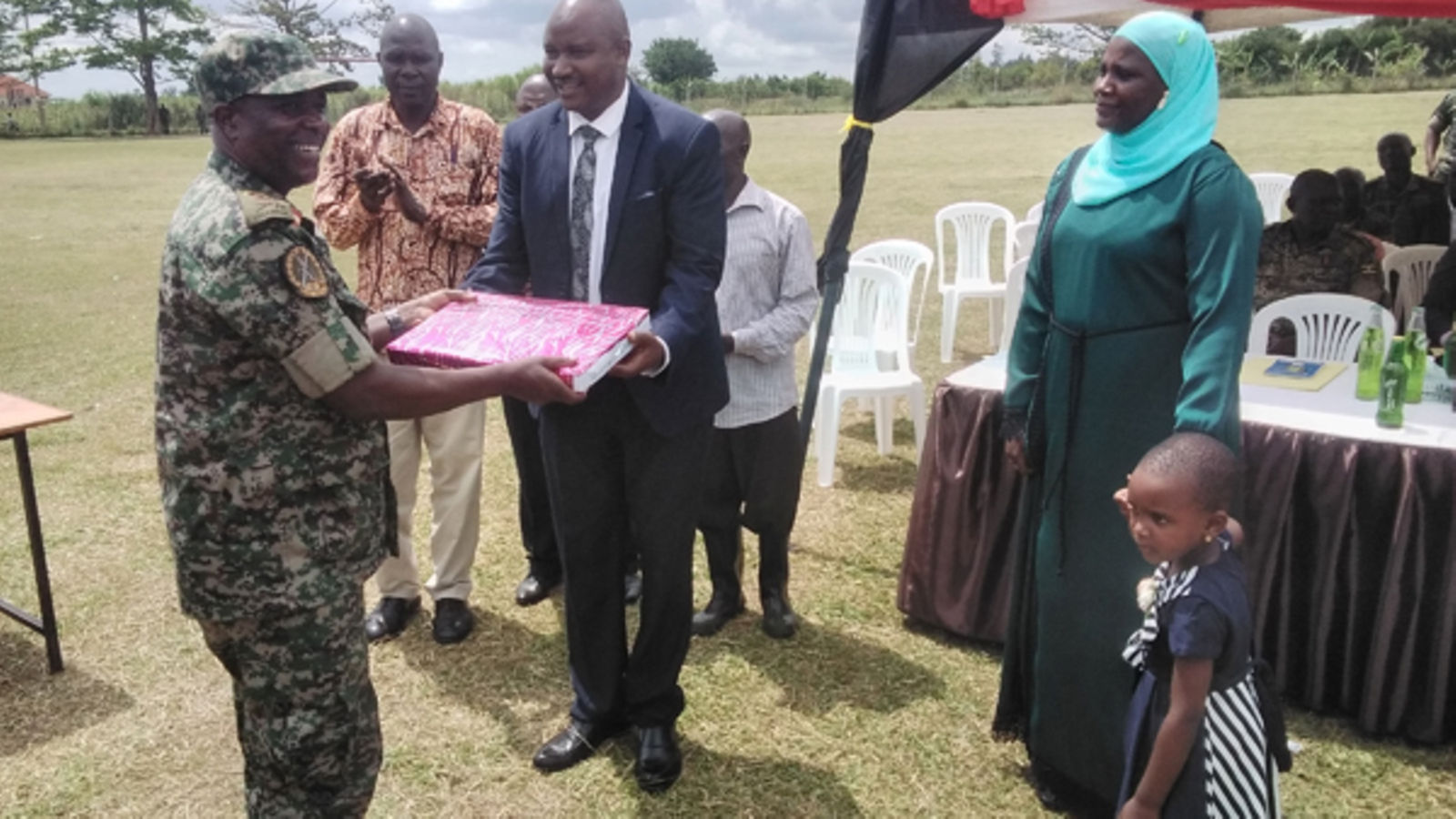 The Uganda Peoples’ Defence Forces Third Division commander Brigadier Joseph Balukudembe has cautioned students against resorting to strikes whenever they are expressing dissatisfaction over any situation in school.

He says that it is high time the students embraced dialogue with the school administrators to iron out their grievances instead of resorting to violence.

He made the remarks while presiding over celebrations to bid farewell to the former head teacher of Rubongi Army Secondary School in Tororo District, Maj (rtd) Al-Hajj Abubakar Kalume on Saturday.

Maj Kalume was posted to the school in 2009 when its enrolment was only 102 students but on his retirement, the enrolment had shot up to 3,824 students.

Brig Balukudembe expressed concern that the student strikes don’t only cause infrastructural damages but also soil the reputation of the affected school and impede the government’s broader objective of developing the education sector.

His advice comes at a time when the country has in the recent past registered a series of school strikes in different parts. In some of the incidences, angry students have torched buildings and damaged other properties.

”I want to let you know that this country has no room for hooligans. Therefore, be conscious of whatever you do because even the Karamojong who used to be notorious have started surrendering. For your information, from June Last year to date, UPDF has managed to recover over 614 guns so where do you fall, stayed warned,” he noted.

The district chairperson, Mr John Okeya, applauded the outgone head teacher for the commitment he had to the school that saw the continuous increase in student numbers and many other achievements. Maj Kalume was replace by Maj Zaina Nalukenge.

He said the district takes pride in the school for its significant contribution to the country’s education sector and for producing well-trained and cultured students capable of confronting the challenges ahead of them.