NUP, FDC not ready for  talks with Museveni 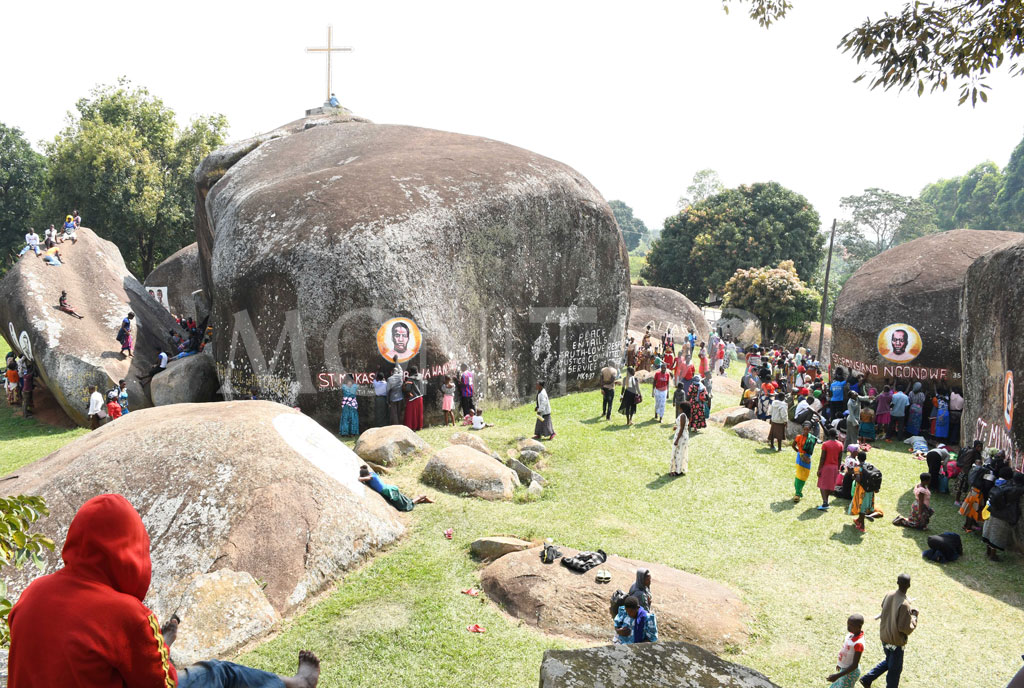 Thousands of pilgrims Wednesday started arriving at Katoosa Parish in Kyenjojo ahead of the January 27 annual celebration to honor one of the Uganda Martyrs born in the district.

For the last two years, Fort Portal Catholic Diocese had suspended the event held in remembrance of St Adolf Ludigo Tibeyalirwa (Abwooli) due to Covid-19.

By Wednesday morning, over 9,000 pilgrims from different parts of the country had arrived at Katoosa Parish.

The pilgrims are expected to camp at the religious site until January 27 which climaxes celebrations characterized by worship and prayer sessions to commemorate the life of a man who was amongst the first 22 Uganda martyrs killed on orders of Kabaka Mwanga on June 3, 1885.

The Vatican canonized Tibeyalirwa in 1964.

“We are happy that we are going back to pray. All those going there should have clear intentions. It’s not about fun,” said Balinda Akugizibwe, the guild president of Uganda Martyrs at Bukwali Parish in mid-western Uganda.

On January 27, the Catholic Church in Uganda will also remember St John Mary Kiwanuka Muzeeyi who was murdered over faith-based reasons in 1885.

Fr Moses Mutagirizi, the chaplain for guild martyrs of Fort Portal Diocese, urged all pilgrims who trekked to Katoosa to remain faithful to the Catholic Church.

“Go and pray but remember God will give you blessings when you’re working hard,” he remarked.

Katoosa Parish has 22 natural rocks leaning on each other, all with names of the first 22 Uganda Martyrs. Thousands of local and foreign pilgrims make their prayers at the different rocks annually.

According to Fr Moses Mutagirizi who has been the parish priest for Katoosa for the last 20 years, people –especially traditionalits- previously offered sacrifices at the rocks before Christianity emerged in Uganda.

But a priest in the area, Late Msgr Kibira Francis, bought the land which he dedicated to Uganda Martyrs following their canonization.

“He bought the land to discourage pagan worship around this place and also to make the name of the Martyr Adolf Tibeyarirwa Abwooli much more pronounced,” Fr Mutagirizi told Monitor on Wednesday.

The rocky area has since been consecrated by the Catholic Church.

AdolfTibeyalirwa Abwooli was born in Misenyi Village in Katoosa Parish before he was abducted during slave trade and taken almost 300kms away to work at the palace of Kabaka Mwanga in Buganda, central Uganda.