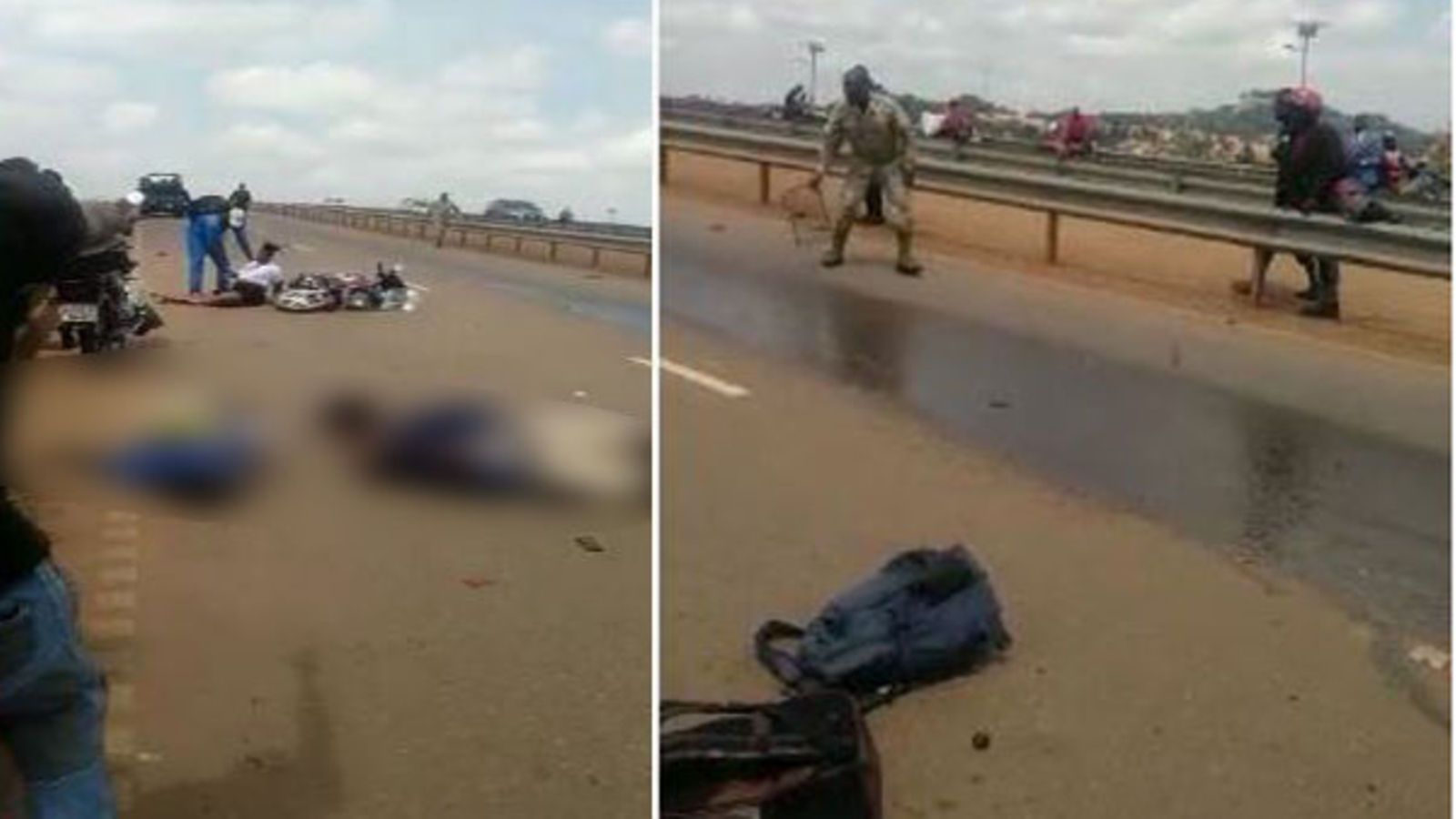 Three people are said to be fighting for their lives in hospital following a road crash involving President Museveni’s motorcade and a boda boda motorcycle along the Northern Bypass in Uganda’s capital, Kampala.

Senior Superintendent of Police (SSP) Rogers Nsereko Kawuma, the Kampala Metropolitan traffic police commander said the convoy knocked the boda boda rider and his passengers at around 11am at a Masanafu, which is between Busega and Namungoona.

Kawuma explained that all the passengers and the rider on the boda boda were evacuated to hospital following the Monday morning accident but with serious injuries.

“No one died, the passengers are still alive but with serious injuries and the president wasn’t in the convoy; it was an empty convoy,” SSP Kawuma said.

A video clip that has been widely shared on different social media platforms shows three people on the tarmac crying for help while one of the victims was motionless. A woman is heard in the video saying that the victims had been knocked by the President’s mobile “toilet”.

In the video, soldiers dressed in Special Forces Command (SFC) and Presidential Protection Unit (PPU) are seen checking on the victims scattered on the tarmac.

SFC Spokesperson, Maj Jimmy Omara, said a statement was being prepared over the same.

The presidential convoy is guaranteed right of way under the Traffic and Roads Safety Act and the Highway Code and road users are at all times advised to give way to his convoy.

However, sometimes boda boda riders and drivers tend to miscalculate the distance remaining for the convoy to pass and they end up getting knocked.

Not only people have antagonized the President’s motorcade but animals too. In 2020, Museveni compensated a man Shs 800,000 after his goat was knocked by the motorcade at Bweyogerere.

In June 2005, a woman in Masindi District was knocked by one of the vehicles in President Museveni’s motorcade.

On December 20, 2019, a 45-year-old woman lost her hand following an accident allegedly involving the presidential motorcade in Buikwe District.

The president was travelling from Paraa Lodge in Masindi where he was reportedly meeting Acholi elders and other leaders before the crash happened.