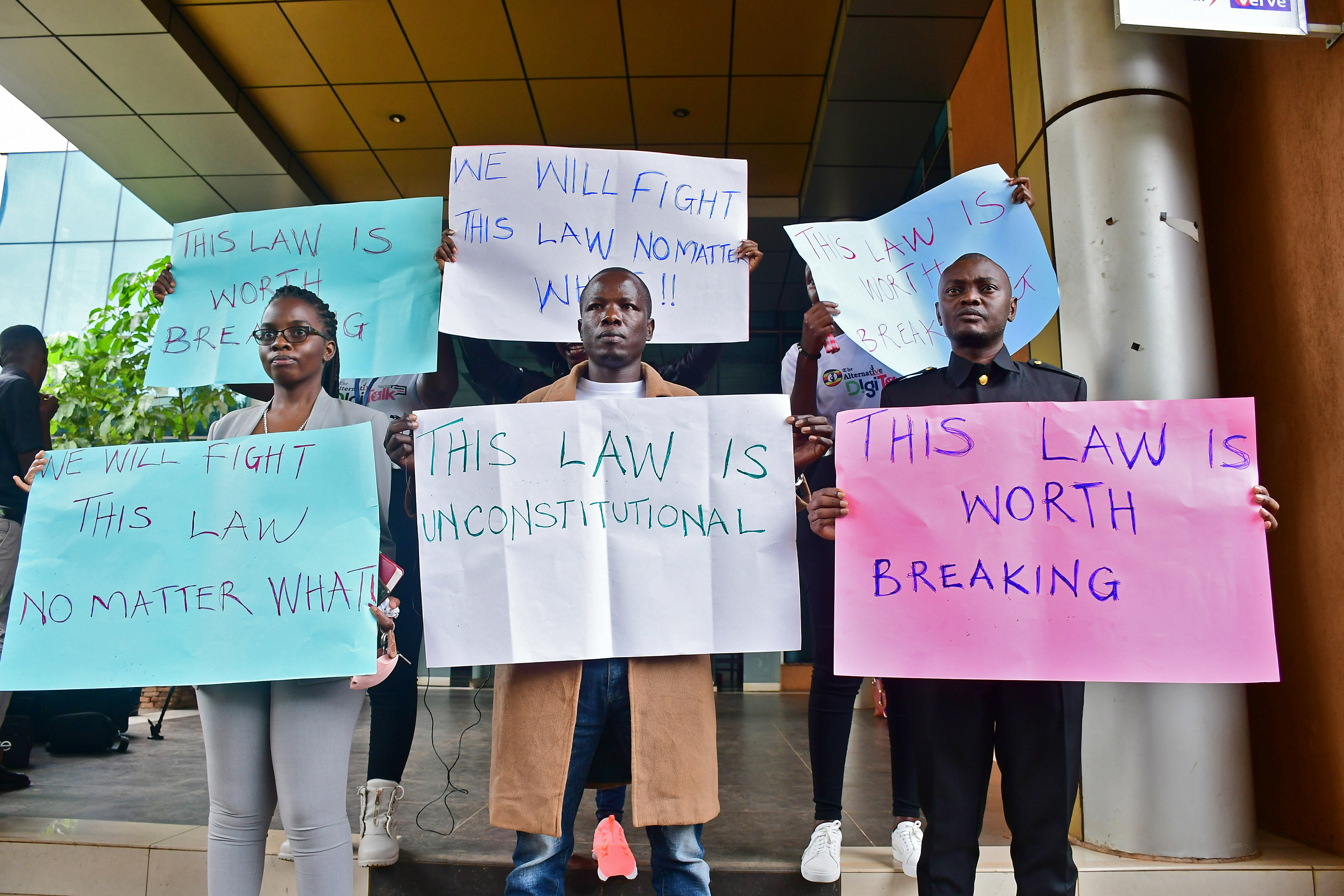 A coalition of leading Ugandan rights groups and lawyers on Thursday filed a court challenge to a controversial new internet law, which they say is aimed at curbing free speech and targeting government opponents.

Nine rights groups, a former leader of the opposition in parliament and three prominent lawyers lodged the petition at the Constitutional Court on Thursday — the second court challenge to the law.

The petitioners — which include Chapter Four, Uganda’s most prominent rights group — say the law regulates online behaviour in a “vague and ambiguous manner”.

Chapter Four’s acting Executive Director, Anthony Masake, told AFP that the new law’s “strict and vague authorisation standards” mean that journalists will never know when they are crossing a line by collecting information on people they are reporting on.

“We know that offences like ‘offensive communication’ have been effectively used to silence dissent and target people expressing politically sensitive views or pushing for government accountability,” he said.

Amnesty has noted that the new legislation contains some useful provisions such as the right to privacy and responsible coverage of children but added that “it introduces punitive penalties for anyone accused of so-called hate speech”.

People convicted under the law are barred from holding public office for 10 years, which Amnesty warned was a way of reinforcing state control over online freedom of expression, including by political opposition groups.

Offenders also face fines of up to 15 million Ugandan shillings (about $3,900) and prison terms of up to seven years.

Uganda has seen a series of crackdowns on those opposed to Museveni’s rule, particularly around the 2021 election, with journalists attacked, lawyers jailed, vote monitors prosecuted, the internet shut down and opposition leaders violently muzzled.

Legal experts have warned that the law will be used to target government critics who are already operating in a shrinking civic space.

Thirteen petitioners, including an online TV station, lodged the first court challenge against the law last month, but no date has been set yet for the hearing.

One of the petitioners, Norman Tumuhimbise, works for Digital TV, which in March this year was raided by security agents. Nine of its staff including Tumuhimbise were arrested and charged with computer misuse and spreading false information.