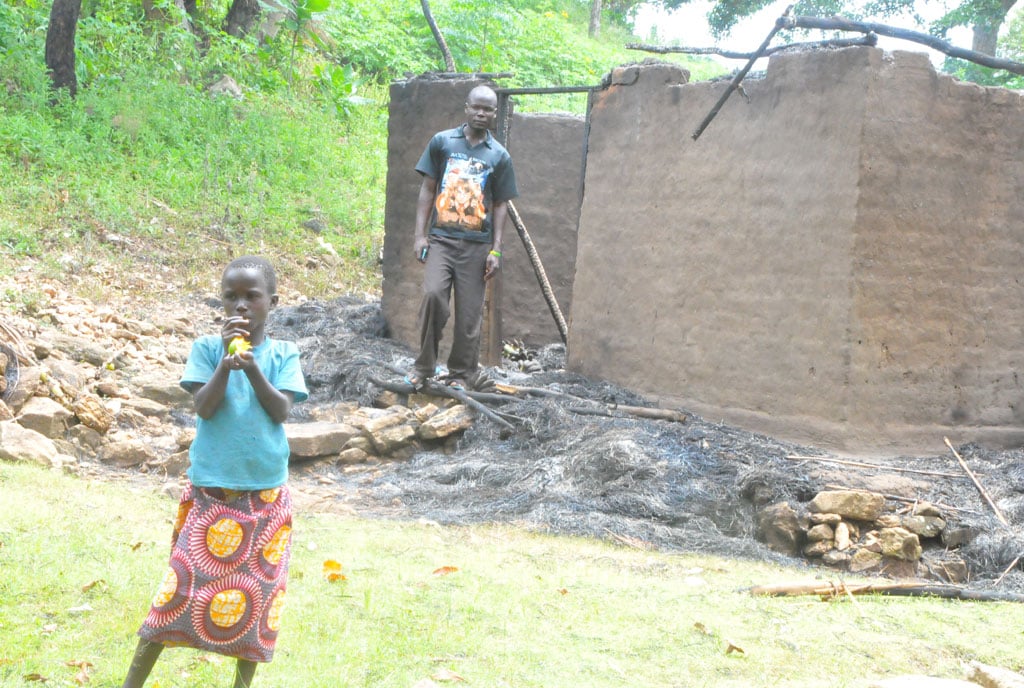 Two children have been burnt to death at Wang-lei A Village following a home fire in Pakwach Town Council.

According to preliminary police investigations, the incident happened as the children were sleeping when their parents’ grass-thatched house got burnt.

The parents of the children were absent at the time of the incident in Pakwach District.

An eyewitness said “they tried to rescue the children in vain because there were no fire extinguishers when the fire started from inside.”

Police have confirmed that the early Wednesday morning fire started from a burning candle left by their mother who locals claim had gone to watch movies in the neighborhood.

“The two aged between 1 and 4 couldn’t escape and got burnt inside the house. Others found their way out of the burning hut,” he said.

“Parents should work hard and buy television sets in their homes instead of moving out to go and watch screens in those public places,” he remarked.

He advised parents to be careful especially at night as the festive season draws closer.