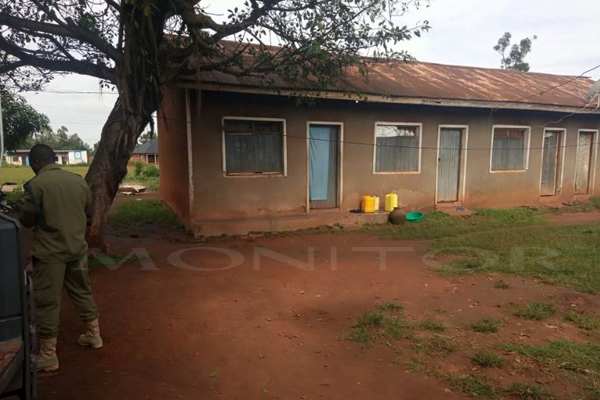 Police in Mbale District have started investigating circumstances under which unknown thugs Wednesday night broke into Bungokho police station and made away with two guns and a radio call.

He asked the members of the public to volunteer information leading to the arrest of the thugs and the recovery of the guns.

“These guns can be used to attack the locals. Let’s work together to recover the guns,” he said, adding that no suspects have already been arrested in connection with the matter.

Mr Chris Mafabi, the Bungokho Sub County chairperson, said that the residents are now living in fear after the incident.

“We are living in tension after receiving information that Bungokho police station has been broken into and guns taken. We feel insecure now. We appeal to the police to carry out thorough investigations into the matter and make sure culprits are arrested and guns recovered,” he said.

By press time crime officers were still at the scene gathering more evidence.

The Monitor has established that the Officer-in-Charge Bunghoko Police Post Celestine Ematu and other two policemen, whose identities are yet to be identified have been arrested to help with investigations.

This is the fourth incident in which thugs have attempted to attack the security stations.

On November 23, suspected armed criminals attempted to access Nakulabye police station in Kampala, but one was detected by a police officer, who discharged several bullets sending the intruders fleeing. Police recovered an AK47 magazine containing five bullets that was abandoned by the suspects.

On November 18, unknown gunmen attacked and killed a Uganda People’s Defence Forces (UPDF) sergeant who was guarding Gaddafi Barracks in Jinja District. They took off with two guns.

On November 14, thugs shot at Kensington Luxury Heights Police Post before taking off.

A month ago, thugs attacked Busiika Police Station in Luweero District where three police officers lost their lives and four guns were robbed.

The police haven’t recovered the stolen guns or arrested the prime suspects. Incidents of attacks on police posts have been largely concentrated in Savannah areas of the central region, and police attribute them to a new rebel group. Police said it is too early to establish whether the newest incident is related to the Savannah attacks on police stations or not.