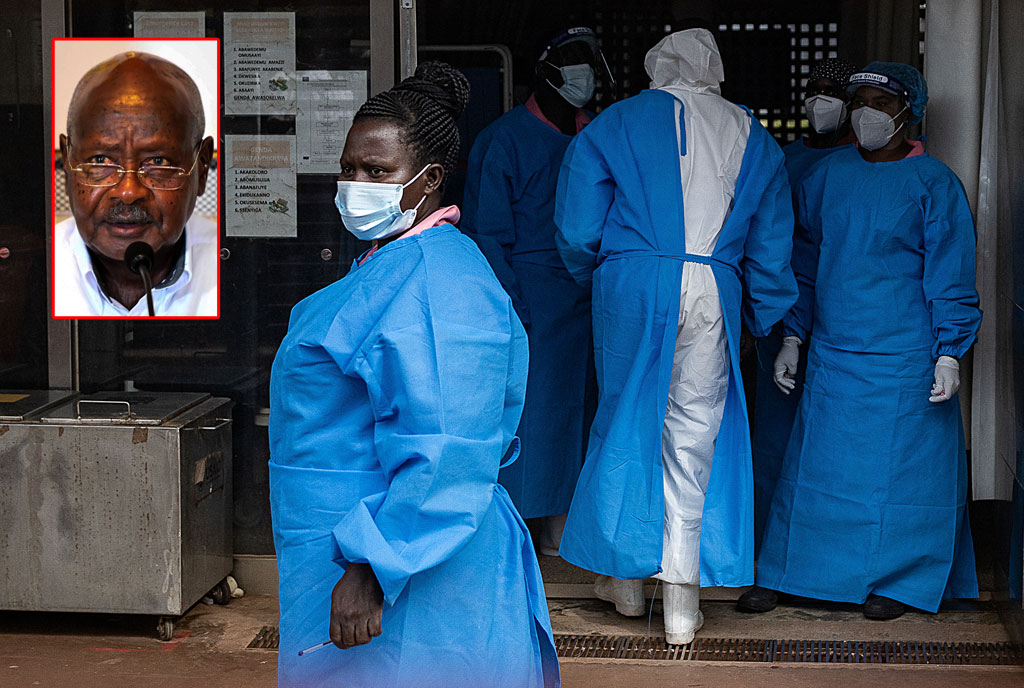 Uganda’s President Museveni on Wednesday ruled out imposing a lockdown to contain the highly contagious Ebola virus, saying the country had the capacity to contain the outbreak.

Authorities in the East African nation declared an outbreak in the central district of Mubende last week after the country reported its first fatality from the virus since 2019.

Some 19 people classified as probable cases had also died, he added, explaining that they were buried before they could be tested for infection.

But the 78-year-old leader vowed not to cordon off the affected regions, saying the country was well-equipped to contain the virus.

“We decided that we shall not have lockdowns. It is not necessary,” Museveni said.

“Government has capacity to control this outbreak as we have done before. There is no need for anxiety, no restrictions of movements, closure of schools places of worships, markets as of now.”

Ebola is an often-fatal viral haemorrhagic fever. The disease is named after a river in Democratic Republic of Congo (DRC) where it was discovered in 1976.

Human transmission is through body fluids, with the main symptoms being fever, vomiting, bleeding and diarrhoea.

Outbreaks are difficult to contain, especially in urban environments.

People who are infected do not become contagious until symptoms appear, which is after an incubation period of between two and 21 days.

At present there is no licensed medication to prevent or treat Ebola, although a range of experimental drugs are in development.

Uganda, which shares a porous border with the DRC, has experienced several Ebola outbreaks, most recently in 2019 when at least five people died.

The DRC on Tuesday declared an end to an Ebola virus outbreak that emerged in eastern North Kivu province six weeks ago.

Only one case of the virus had been confirmed, according to the World Health Organization, making the DRC’s Ebola outbreak its “least catastrophic”.

Museveni: I want to assure you that government has capacity to control this Ebola outbreak as we’ve done before. Therefore, there’s no need for restrictions or closure of public places like schools, markets. #MonitorUpdates pic.twitter.com/xGWkg3vFwz— Daily Monitor (@DailyMonitor) September 28, 2022

Museveni: I am told that there’s no vaccine for the Ebola-Sudan strain but some are being experimented. Even if it is being experimented, it can be used. I will update the nation as soon as the vaccine for Ebola-Sudan becomes available. Ebola is treatable. #MonitorUpdates pic.twitter.com/sfXjxa5JAs— Daily Monitor (@DailyMonitor) September 28, 2022

Museveni: This Monitor…Monitor…Monitor newspaper…The one which works for the enemy… They have been complaining about the people who have died from Ebola but they are five and 24 confirmed cases. #MonitorUpdates pic.twitter.com/BtGGeLcvd3— Daily Monitor (@DailyMonitor) September 28, 2022