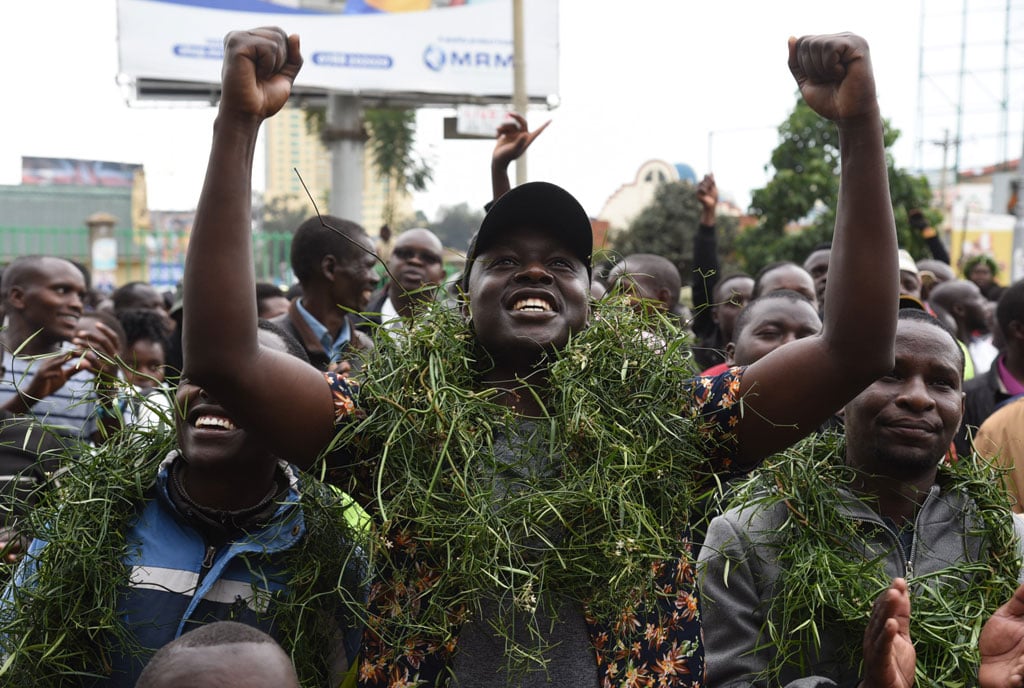 There was a sigh of relief in Uganda after the Supreme Court of Kenya upheld the election of William Ruto as the next commander-in-chief.

Kenya is Uganda’s major trade partner and any volatility there directly affects the country.Critics say Uganda should pick a leaf from Kenya’s democracy and rule of law, especially on the independence of the Judiciary. Many, however, say they were not surprised by the court ruling.

Opposition Forum for Democratic Change (FDC) president Patrick Oboi Amuriat said there are lessons to take as far as the conduct of elections is concerned and the use of technology in elections.

“It is surprising that all the nine outlined issues the petitioners [raised] failed to convince the court of their own case. Following the arguments in court, I had expected that to happen,” Mr Amuriat said.

He, however, said Dr Ruto has an uphill task to convince the large percentage of Kenyans who did not vote for him.

“I also have a feeling that it is going to be tough for Ruto given that he won… against 48 percent. He does not have to spend a long-time celebrating after the court upholding his win because a section of Kenya is paramount. He should not lead a divided country. He should seek Odinga’s intervention in uniting the Kenyan people rather than dividing them. It is going to be a huge task,” he said.

“There was no interference by security. The only problem arose during tallying and announcing. Even when there was contention between the two parties, they took to court and promised to trust the outcome. Both sides trusted the court system and the country remained stable until the court went to judicial process and came out with an announcement. This shows that the people of Kenya have trust in their systems,” Gen Muntu said.

Mr Asuman Basalirwa, the Bugiri Municipality MP, and the leader of Justice Forum party, said credible evidence must be adduced to convince the jury.

“What has been demonstrated in Kenya is basically one aspect. If you are to challenge an election, you must have concrete evidence because elections relate around the supremacy of the people. So, if you are to nullify or cancel the power of the people, you must do it on the basis of very strong evidence,” he said.

Mr Richard Sebamala, the Bukoto County Central MP, said Kenya’s election presents President Museveni an opportunity to start a transition to the young generation, adding that other East African countries have had peaceful change of leadership save for Uganda, Rwanda and South Sudan where leaders cling to power.

“If he [Museveni] does not hand over, let him be the best advisor to all of these ones or if he decides to stay, let him copy the speed at which other nations are moving. Let us not admire (but) walk the talk,” he said.Mr Mpindi Bumali, the Persons with Disability representative in Parliament, said the ruling is a testament that Kenya’s Judiciary is independent.

Mr Joseph Kabuleta, the president of National Economic Empowerment Dialogue party, said the elections were transparent and the courts only affirmed that.

Ms Betty Aol Ocan, the Woman representative for Gulu City and a former Leader of Opposition in Parliament, however, faulted the Supreme Court for ignoring the grounds for the petition.

“The ruling was not so fair because there had been very many issues that were raised in the petition, yet the (judges) were concluding that there was no evidence,” she said.

“Throughout the campaigns, the election and the Election Petition, Kenya has proven that its democracy has come of age. The region has many lessons to learn. I congratulate the great people of Kenya. I also congratulate Rt Hon Raila Odinga and thank him for his undisputable role in advancing democratic governance, not only in Kenya but in the entire region. On behalf of NUP Uganda, we wish the president-elect and all the people of Kenya the very best on the journey ahead,” he tweeted.

Speaker of Parliament Anita Among said the win paves way for regional integration which is already ongoing. “Warm congratulations to the president elect HE Dr William Ruto Samoei, the Kenya Kwanza Coalition and the people of Kenya for this historic victory. We look forward to better diplomatic relations between our people and more positive strides in East African integration process,” she said.

Ms Rebecca Kadaga, the first deputy prime minister and minister of East African Community Affairs, said: “The people of Kenya are the real winners in this contest. Congratulations to the 5th President of Kenya, William Samoei Ruto and Rigathi Gachagua. IEBC Chair, Wafula Chebukati has been vindicated.”

Mr Frank Tumwebaze, the Minister of Agriculture, Animal Industry and Fisheries, said:  “Congratulations again H.E William Ruto on the Supreme Court ruling. The God you serve has been faithful beyond man’s imagination! For me the highlight in this, is really not who has finally won (Contenders were neck to neck & so the pendulum could have settled on either) But rather the way how biased narratives & engineered/subjective opinion polls/predictions aimed at swaying opinion against Ruto came down crushing.”