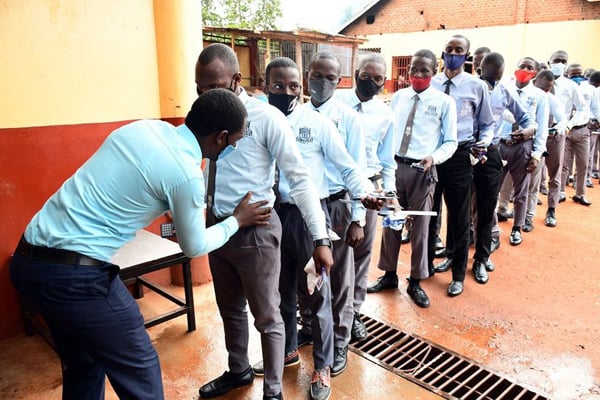 The Uganda National Examinations Board (Uneb) has released the road map for the forthcoming Uganda Advanced Certificate of Education (UACE) exams, with briefing of the candidates slated for Friday.

According to the road map, the candidates will officially start their examinations on Monday next week with Economics and Chemistry Paper 3 and will end on December 9.

Addressing journalists in Naguru, Kampala, yesterday, Ms Jennifer Kalule, the Uneb spokesperson, urged the head teachers to thoroughly brief the candidates on the rules and regulations for the examination.

“For at least two hours, they (head teachers) should give direction and caution them (candidates) against acts that may result in malpractice or being disqualified from doing the examinations,” Ms Kalule said.

She also warned that anyone caught engaged in exam malpractice will receive a heavy punishment.

Ms Kalule also revealed that the Uganda Certificate of Education examinations that had entered their fifth week, will be concluded this week.

She added that the cases of examination malpractice that were reported during the Primary Leaving Examinations are still being investigated and that the suspects will be charged under the Uneb Act, 2021.

In regard to the 27 candidates of St Christine Primary School in Kakumiro District, who arrived an hour after the commencement of the Mathematics paper, Ms Kalule said the board has requested the district inspector of schools to give a full report of what transpired.

She said this will enable the Uneb management to ascertain the circumstances under which the candidates failed to write the paper.