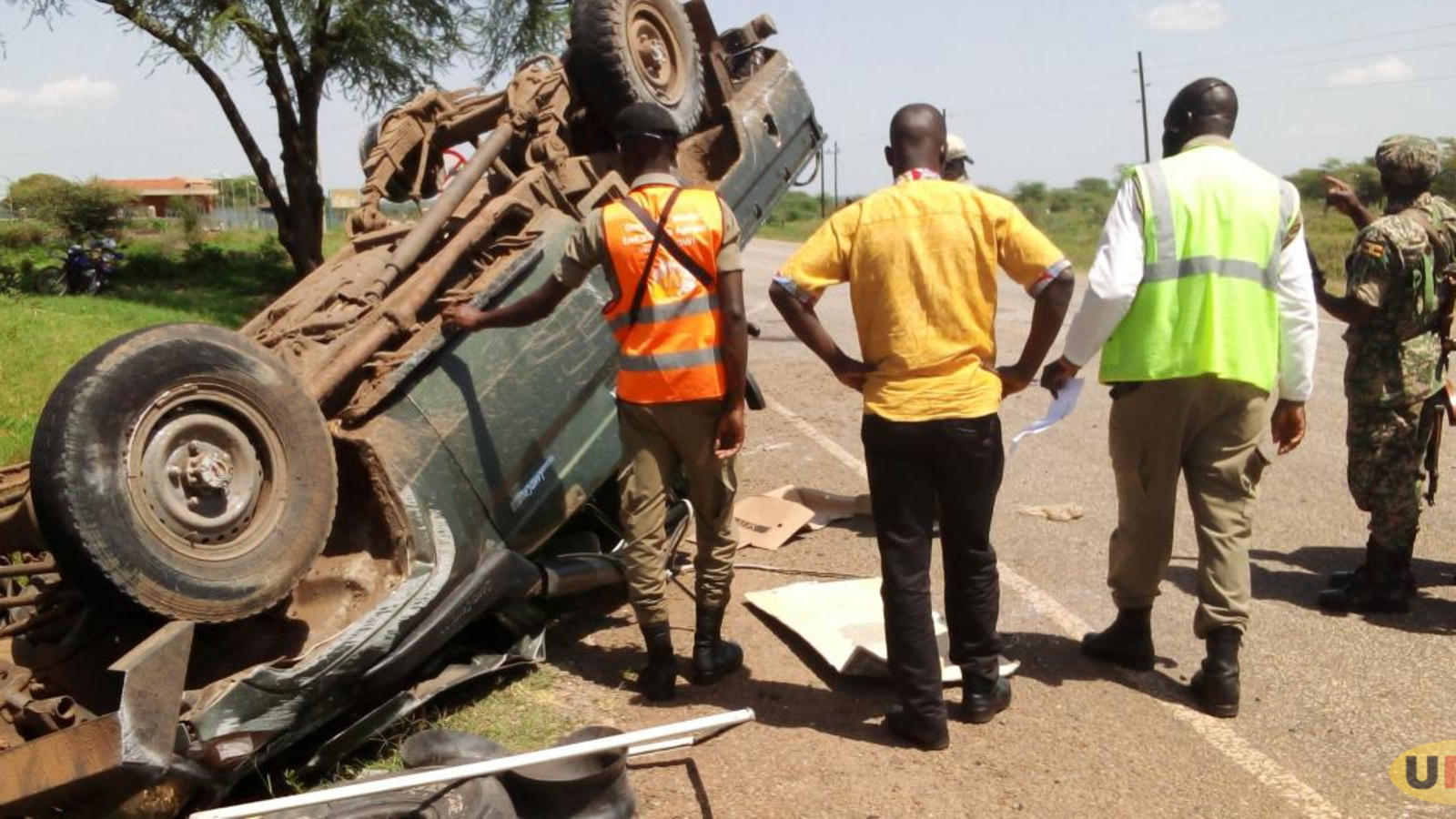 Eleven soldiers from the 409 battalion brigade in Nabilatuk District were airlifted to Bombo military hospital on Friday evening after being involved in a crash along Moroto- Soroti road. The soldiers were travelling in a military vehicle registration number D03DF 117, which got involved in an accident near Hotel Africana, six kilometers from Moroto town.

Among the injured is Col. Godfrey Kayondo, the commanding officer of the 409 Battalion.

According to Oware, the victims were first rushed to Moroto Regional Referral Hospital but the military leadership thought it best to evacuate them to Bombo military hospital for further management. He said the car in which they were travelling overturned after sustaining a tyre burst.

“They were en route to Mororo for an official assignment when they got the accident. Their medical condition is manageable,” Maj Oware said.