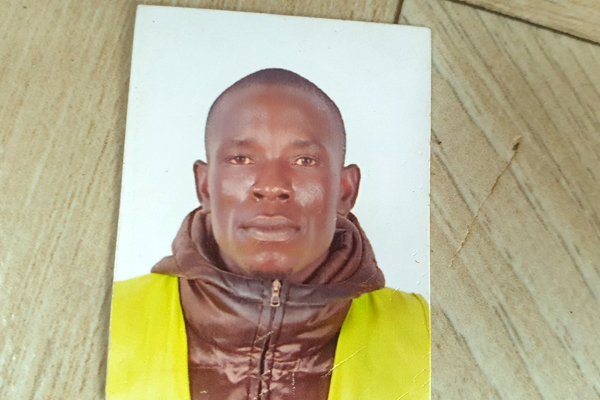 The Chieftaincy of Military Intelligence (CMI) has arrested the driver of UPDF vehicle, who shot and killed a boda boda rider at Kawanda Senior Secondary School in Nakisangye Zone, Nabweru Division in Wakiso District on Friday morning.Kampala Metropolitan Police deputy spokesperson, Luke Owoyesigyire confirmed the arrest of Abdul Ssali, who is said to have shot dead Ronald Waligo, a boda boda rider and a resident of Kirinya Bigo, Kawanda in Wakiso District.”CMI personnel have arrested Ssali and he is in their custody on murder charges,” Assistant Superintendent of Police Owoyesigyire said.

Ssali was driving a UPDF vehicle, following an altercation between the two. Waligo was shot on the left shoulder and the bullet exited through the right shoulder, according to police.  He died on the spot. After his arrest, Ssali told CMI officers that he acted in self-defence after boda boda riders attempted to lynch him in the presence of his senior three daughter whom he had just picked school as schools across the country closed for third term.

Military and police investigators are still gathering more information from the crime scene to establish the facts, but Ssali is being held on murder charges.The shooting stemmed from a road rage at the school gate, according to eyewitness accounts.

ASP Owoyesigyire said preliminary police investigations indicated that when Ssali was leaving the school, he met a number of motorcycles and cars at the gate. “The road being narrow, this prompted him to squeeze on the side where the deceased had parked. This caused an altercation after Waligo complained to the driver of being squeezed which attracted a big group of riders that also condemned his action,” ASP Owoyesigyire said.

Ssali later went to his car and picked a gun, which he used to shoot at Waligo before he fled the scene.After the 9am shooting, Ssali fled the scene, according to police. ASP Owoyesigyire said they used their CCTV cameras to establish the details of the vehicle and the directions it took before they engaged their counterparts in the military to arrest the suspect.“The number plate of the said vehicle has been identified by the police as H4DF 1939,” ÀSP Owoyesigyire said.  At the scene, the police recovered a motorcycle Bajaj Boxer UEG 721c that is suspected to be belonging to the deceased.