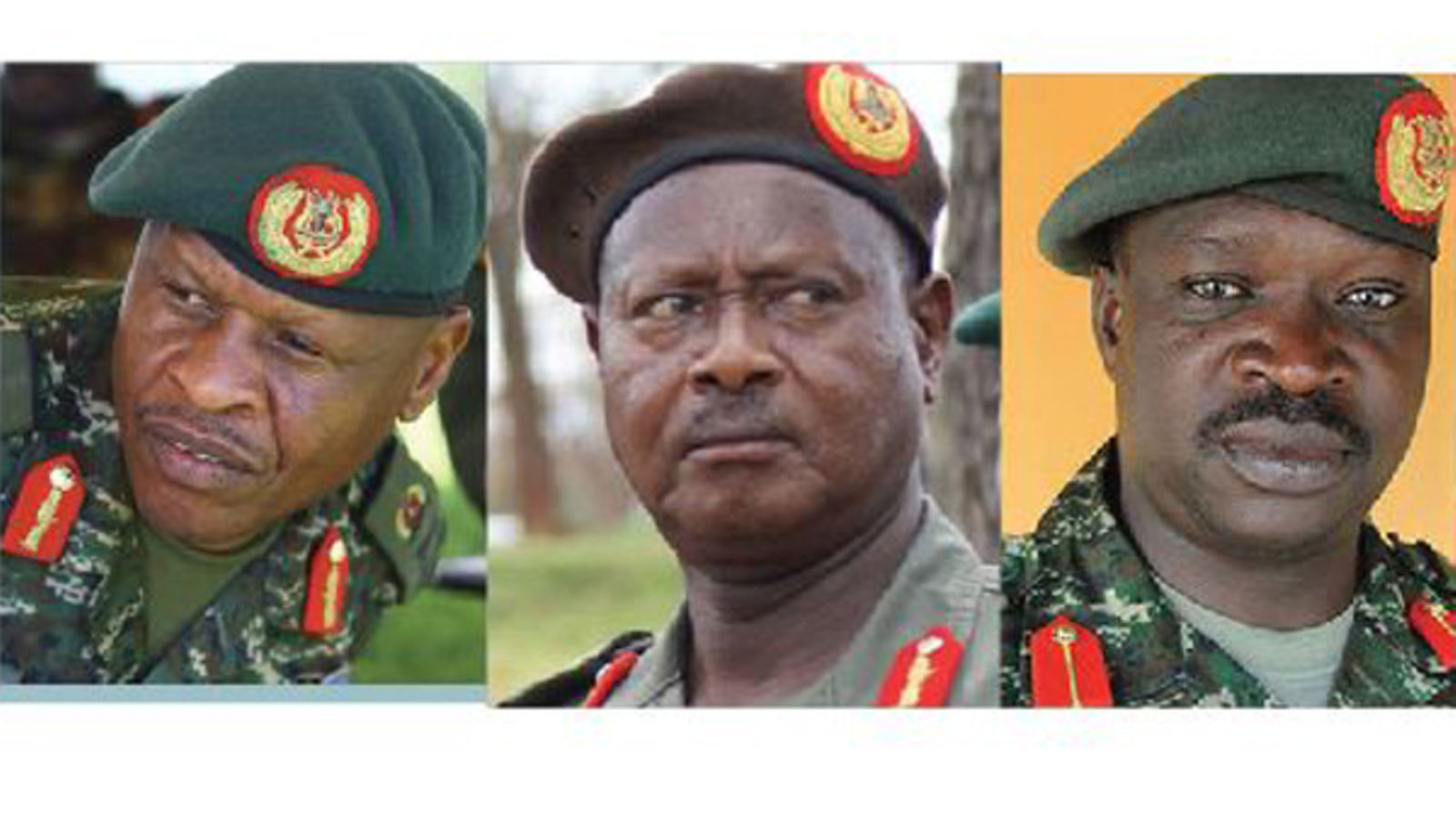 The army leadership has placed all Uganda People’s Defence Forces (UPDF) soldiers on standby Class One, the highest level of combat readiness.

In a radio call message sent to all units last evening, the Deputy Chief of Defence Forces (D/CDF), Lt Gen Peter Elwelu, used the Kiswahili word “imara” in his emergency notification, variously interpreted to imply the rank-and-file of the military should keep solid, tough or resilient.

Lt Gen Elwelu issued the orders because the Chief of Defence of Forces (CDF), Gen Wilson Mbadi, was reported to be in Kenya where he has been for days, working with regional counterparts to thrash out details of the composition, command, resourcing and operation of the envisaged East African Community Force to pacify eastern DR Congo.

Asked last night why the soldiers had been placed on Standby Class 1, UPDF spokesman Brig Felix Kulayigye said “you mean the army is not allowed to manage its [own] affairs?”

“That is not for the public,” he said.

Standby Class 1 is the highest level of alertness in the military and the order means there should be no troop or equipment movement, pending a final instruction.

The radio call message did not give reasons for the decision, or specify how long the order will last, leaving soldiers and their commanders guessing.

“We do not know what is happening in the country or our institution (army),” one senior commander noted, shortly after the emergency order went out to all military units.

Brig Kulayigye, in response to our inquiries, said: “It’s a normal military decision [depending on] whether something is upcoming or an undertaking is to be done.”

Asked whether Ugandans should anticipate the worst, or be worried since yesterday’s Standby Class 1 order was the first for many years in the UPDF, the spokesman said “why should you be worried? The military is doing its work”.

“There is nothing to worry about, all is well,” he told this reporter by telephone.

Details of the order came to light after President Museveni, the commander-in-chief of the Armed Forces, had a triumphant entry into Kigali, the Rwandan capital, for the Commonwealth Heads of Government Meeting (Chogm) also being attended by the British royalty.

Huge crowds lined the gleaming streets of the Rwandan capital, many yodelling, blowing vuvuzelas or waving, as the motorcade of Gen Museveni who travelled to the south-western neighbouring country by road, snaked to his hotel.

This is the Ugandan leader’s first visit in more than four years amid signs of previously frosty relations between the two countries thawing.

A senior military source last night said the army had been placed on the highest level of alertness in solidarity with Rwanda whose demands to secure the country have risen with hosting Chogm.

Uganda’s military, formally called the UPDF, has been hard at work at home to secure the sovereignty and territorial integrity of the country, while thousands of its troops have been stabilising Somalia since 2007 under the aegis of the African Union Peace-keeping Mission (Amisom).

The UPDF has over the years intervened in South Sudan, where it salvaged Gen Salva Kiir’s government from collapse, and deployed in the Central African Republic in the past decade to counter Joseph Kony’s Lord’s Resistance Army (LRA) rebels under a regional initiative.

Last November, the UPDF deployed in DR Congo to conduct an opend-ended joint offensive with Congolese counterparts, code-named Shujaa, against the Allied Democratic Forces (ADF) rebels and other subversive elements in the eastern part of the country.

It remained unclear, according to multiple high-level security and intelligence sources, whether the source of the threat necessitating the unusual Standby Class 1 order issued last evening was internal or external.

Uganda has registered insecurity incidents involving Karimojong rustlers raiding neighboring communities in Teso, Sebei and Lango, but this did not result in emergency orders for the military despite President Museveni camping in the regions for days.

Over the last few days, the M23 rebels’ seizure of the Congo-side Bunagana town has strained relations between Kinshasa and Kampala after Congo’s Parliament accused Uganda of supporting the fighters that President Felix Tshisekedi’s government brands “terrorists”.

Congo levels similar accusations against Kigali, which has denied any wrongdoing, and shut its border with it and banned RwandAir in DRC’s airspace.

In a rejoinder, Uganda said it has no hand in the M23’s lightning advance and battle victories, and that its return of overwhelmed and fleeing Congolese soldiers and police personnel in the past week demonstrates goodwill and its pacifying role in the expansive and mineral-rich country.

UPDF Spokesman, Brig Kulayigye, last week told this newspaper that the Ugandan troops engaged in Operation Shujaa had halted the mission, pending further orders, before he walked back the comment.