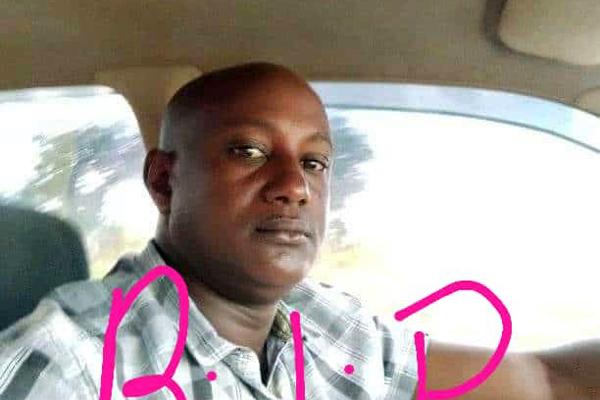 Police in Greater Masaka are holding a UPDF soldier attached to Uganda Revenue Authority (URA) enforcement team after he allegedly shot dead a trader suspected of smuggling merchandise into the country.The suspect in police custody is at the rank of a corporal attached to the URA Masaka branch enforcement unit and has been working with the Authority for the last 18 months. He reportedly shot and killed Frank Kakuba, 38, who was allegedly flagged down but unheeded.However, an eyewitness who preferred anonymity told this publication that the armed URA enforcement team shot the trader in the chest after he had surrendered.

Exhibits at Rakai Police Station suggest that Kakuba was gunned down after he was caught with 80 boxes of banned “cancer -causing cosmetics in his car” which URA alleges were smuggled from neighbouring Tanzania.The incident happened on early Friday morning at Kirindamariga trading centre in Rakai District along the Lumbuggu –Lwamagga Road. The URA enforcement team trailed Kakuba from Mutukula border and the latter took a detour through Kasasa trading centre and drove towards Lwanda in Rakai until he was intercepted at Kirundamaliga Township along the Lumbugu-Lwamaggwa Road.

Mr Joshua Kananura, the Rakai District Police commander confirmed the arrest but declined to divulge the details.“Yes, it is true we are holding the soldier here at Rakai Police station, but you will get the details soon because investigations are still ongoing,” he said in a telephone interview.URA spokesperson, Mr Ibrahim Bbosa described the incident as regrettable.“It is regrettable and we really commensurate with the family because it is really a shock to most of us. I have engaged officers on the ground and I was told the gentleman was not armed at all. We’re soon going to get in touch with the family and we are truly very sorry,” he added.

Mr Bbosa explained that similar incidents have occurred in the past, but because some enforcement officers are “just trigger-happy or just fail to follow the code of conduct.”“As a tax body, we encourage our enforcement officers to adhere to the set code of conduct during execution of their duties by using intelligence –guided and covert means to identify, track and arrest suspected smugglers, not killing them. It is good the suspect has been arrested and the law is going to take its course.” Uganda’s tax body recently announced that they had tightened anti-smuggling efforts to prevent annual losses of multi-million shillings revenue through smuggling schemes at various border points.