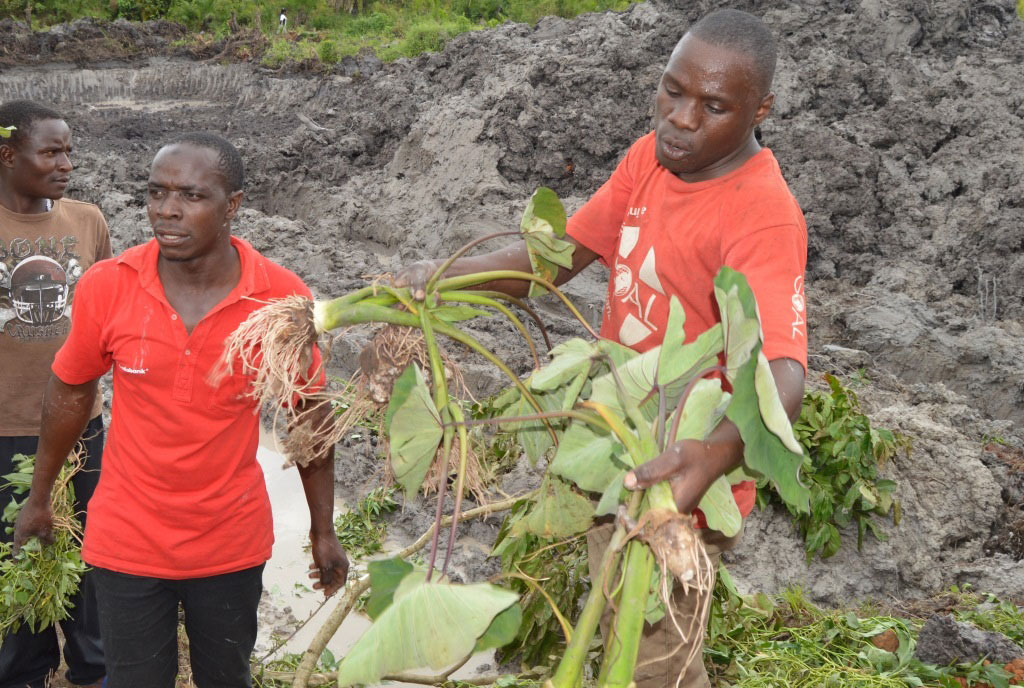 Police in Masaka City are holding a village leader for reportedly selling part of a swamp.

Robert Mwanje, the chairperson Sserinya Village in the city’s Buwunga Sub County is accused of apportioning plots of land in Katenga wetland and selling them to buyers.

Mwanje was arrested on Wednesday on orders of Masaka Resident City Commissioner (RCC) Ronald Katende after getting information that “he sold off a big chunk of the part of the wetland.”

“We are embarking on restoring all wetlands in the city. We are working closely with the environmental authorities and police to ensure that all those that have encroached on the swamps are pushed out,” he said remarked.

The arrest comes after locals in over seven villages came up and complained that Mwanje had dug a trench in the wetland which has caused many nearby water sources to dry up. Some of the affected villages include Kigato, Sserinya, and Bujja.

Nyendo-Mukungwe Municipality Chairperson, Michael Mulindwa Nakumusana, said he was surprised to land on a deep trench in the swamp which is about 6 feet wide.

“We cannot just watch when people continue to degrade the few remaining wetlands in the area. We are happy that the RCC is committed to saving the environment and we must all join him to have those that have over the years encroached on wetlands in the city vacate,” he said.

Wetland degradation has devastated the potential of storing water and filtering pollutants. This has caused natural calamities such as floods, pollution of many water bodies including Lake Victoria hence declining fish stocks.

Section 36 of the National Environment Act provides for the protection of wetlands and prohibits reclamation, erection of illegal structures and empowers authorities to demolish any structure that is fixed in, on, under or above any wetland.

The Act also empowers districts to manage wetlands within their jurisdictions and   ensure that their boundaries are   clearly demarcated so that even as water levels and wetland vegetation recedes, the communities are clear on where the boundaries lie.