We need to stop unfair harassment of activists

We need to stop unfair harassment of activists 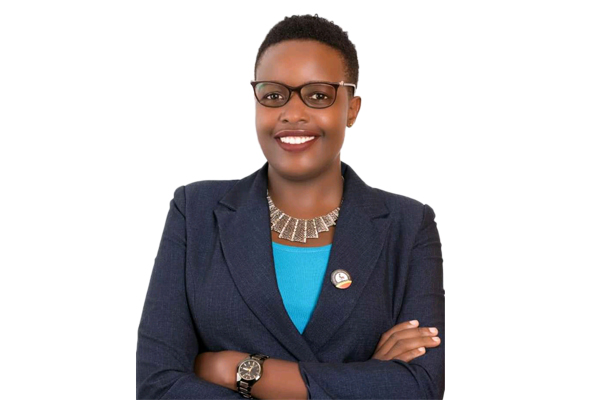 The history of contemporary women activism is a long and unwinding one, and as diverse as anyone can imagine. It spans hundreds of years, the causes range from the right to social belonging, right to equal pay for same work done, to the right to political rights, among others.

The year 1848 was a  real watershed moment for women activism when women in the community of Seneca,  came together and launched the struggle for equal rights in governance as were being enjoyed by men.

The manifestations in Seneca inspired activism in many other countries such as New Zealand where women stood up, demanded and won voting rights.

At the turn of the 20th Century, women around the world continued to mobilise and organise in greater numbers to struggle for a more just and fair world despite numerous odds placed against them.

Women across Africa have a long and entrenched history of mobilising to advance efforts for societal changes through activism. This has been evident in their active participation in fighting colonialism, demanding for reforms, campaigning for leadership positions, securing economic and environmental resources.

Among these women are the late Prof Wangari Maathai who amidst very difficult circumstances fought for the protection and restoration of environment resources at a time when the government in Kenya was well known for its brutality and extra-judicial killings against those who stood up against it.

The iconic Winnie Mandela stood up against the apartheid regime in South Africa at a time when it was very risky to do so. Through her activism, she mobilised and organised people into formations, pushed back against and weakened the Boers.

If I were to follow conventional perspectives, I would never recognise the activism of someone I consider very iconic yet unsung activist without exception, Assata Shakur.

Assata was born at a time when racial segregation and oppression of black people was rampant and violent. She joined activism with the intention of fighting for and liberating the black people in the United States. Consequently, she was arrested, charged with terrorism and murder, she was convicted to a prison sentence. She escaped from prison and found her way in Cuba where she continues to live to this day.

Assata’s story is a summary of the challenges that many of the women engaged in activism go through. As an activist, I can bear witness to this, I have been branded all forms of things from being a rebel, a hooligan, riff raff.  Our own activists continue to be disparaged and called all manner of names. Dr  Stella Nyanzi, a researcher, poet, social and political activist, was even considered ‘mentally disturbed’,  beaten , arrested, imprisoned, and  lost her pregnancy in detention.Ms Ingrid Turinawe, an icon of the current liberation struggle against the Museveni regime, has been arrested and detained on accusations of planning treason and had her breasts deliberately brutalised as the police targeted her feminine features.

As women, the few successes we have were won through activism. The struggle for equal pay for women for the same work done as men did not just come on a silver platter.

Sarah Ntiro protested unequal pay and chose to work at Gayaza High School for a full year without pay until a settlement was reached where she was given equal pay as the male teachers.

Despite all these well-known achievements, activism continues to be regarded as a thing for societal misfits and therefore illegal. The Constitutional Square which is a symbol of freedom has been turned into a military and police garrison.

Indeed, if Sarah Ntiro had lived in our days and gone to that Constitutional Square to demand for equal pay, she would have been tear-gassed, beaten up, bundled onto a police patrol pick-up truck, charged with inciting violence, and sent to prison.

We must, therefore, fight to decriminalise and stop the unfair harassment of activists by State Security apparatus and the courts of law that impose very high charges on constitutional bail applications.

Criminalising activism is nothing else but an intention to hold our society in the same position and not allowing for transformation to a better space for the future.