Why second tier towns are the perfect places to invest

FDC Camps In Kisoro Ahead Of Bukimbiri By-elections; Worried About Heavy Deployment…

FDC asks opposition to support their candidate in Kasese – 93.3 KFM

Why second tier towns are the perfect places to invest 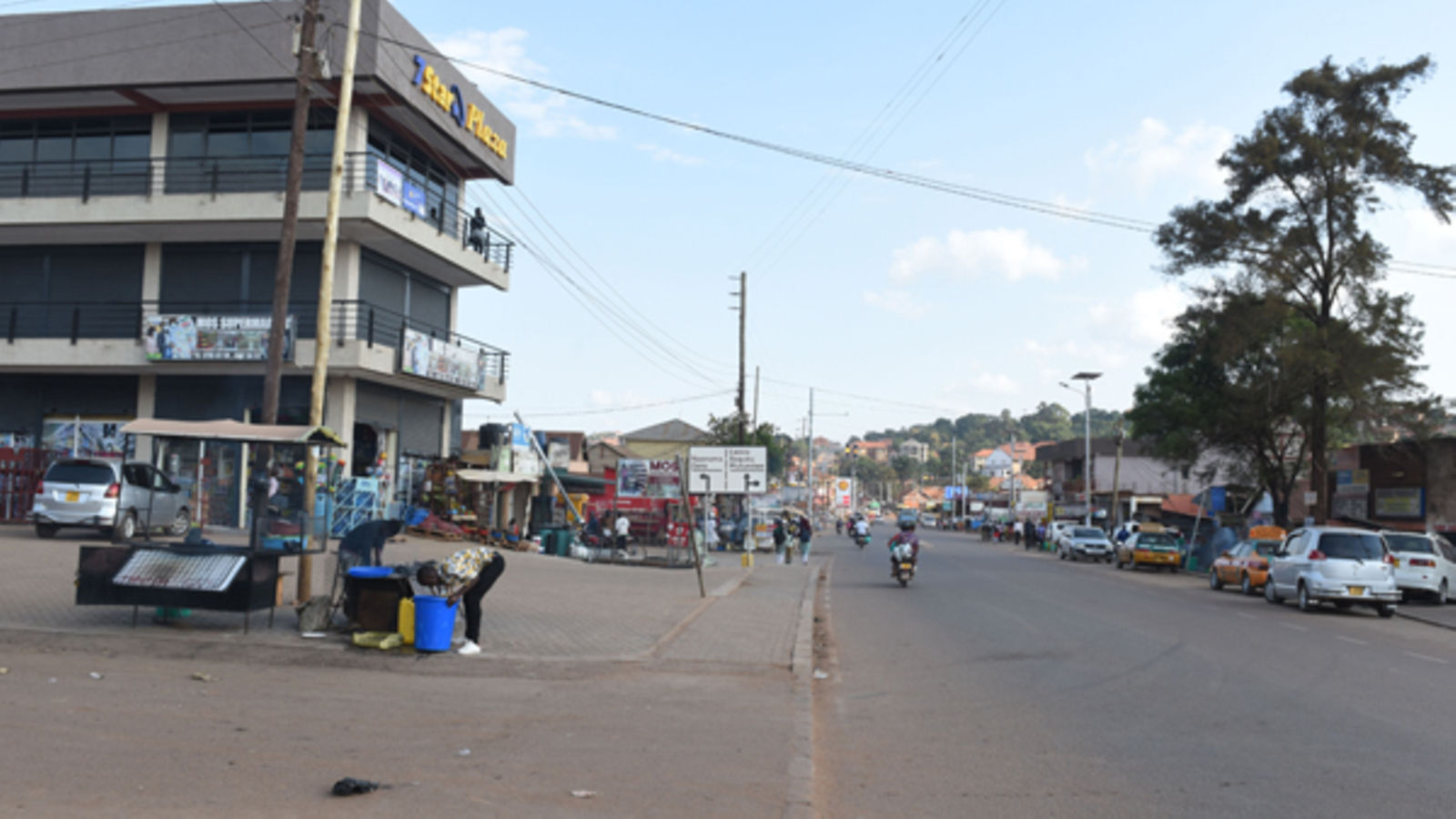 The answer lies in the consistent and natural increase of rural to urban migration triggered by the fact that economic development policies and industrial investment are concentrated in urban centres especially in Kampala.

As these urban centres grow, the population reclaims land previously used for agricultural purposes for residential purposes. Because this kind of development happens organically, most of these residential areas are unplanned, inadequately serviced and of poor quality. These are the areas that serve the larger population of low income earning city dwellers.

Conversely, there are well-serviced residential areas which are more expensive than the peri-urban areas.

The Ugandan real estate industry  has two distinct but very active markets; the formal and informal.

Currently, it is believed that about 85 percent of Kampala’s population, of nearly 1.8 million people, lives in slum areas. And this trend is projected to continue unless a comprehensive effort is made to correct the imbalances and avail decent sites for new housing for low and moderate income families.

Stakeholders decry constraints such as the existing land tenure systems, land policy, urban planning standards and regulations and their enforcement and land registration systems, among others.

The formal land market does not function as well it should, for instance artificial distortions to the market are a common occurrence leading to a hike in land values in well-located urban areas to the point where housing for low and moderate income families simply cannot be built at a profit by private investors.

Currently, one can only access land and property information system from the Land Registry, at the Ministry of Lands, Housing and Urban Development. Individual land and real estate firms keep their own databases, but do not readily share information with each other.

Because of these complexities, real estate investors rely on land brokers with an intimate knowledge of the sector to source and secure land for development.

Brokers range from the established formal real estate firms to lone individuals who specialise in properties in their immediate areas and have ample knowledge of how to work the system.

The wave dawning on Uganda’s real estate sector is one for increased demand due to the rising population and a desire for personal household space which is reinforced by the coming of age of the millennial demographic. The need to acquire land in this age group is increasingly eminent.

According to world population review, the current estimated population of Uganda as of 2022 is 48.5 million people. Based on current projections, Uganda’s population is expected to surpass 100 million people by 2050 with an estimated rate of 3.5 percent per annum, this is just 28 years from now, probably, and your new born baby at the moment will be 28 years old and will need to acquire land.

It should be noted that such an exponential growth in population increases pressure on this very fixed resource and adversely affects general price of land in the country and drives scarcity in the most desired places.

In general, “second-tier” towns  are considered to be mid-size towns with less than a million people. Although smaller in scale than cities, these mid-size towns still tend to have a strong job market, top-notch amenities and a lot of cultural opportunities.

Kampala and the nearby areas are no longer affordable for everyone as a result, real estate investors have been setting up structures in second-tier towns because of the high real estate prices in first grade towns within Kampala.

Investments in towns such as Wakiso, Mukono, Matugga, Gayaza, Kalagi, Luwero etc have increased significantly, contributing to higher real estate prices within those towns and the neighbouring areas. Large companies such as Riham, Kiri Soda, Goodwill Uganda in Kapeeka, among others, have moved from first grade locations within the city to second-tier locations.

These movements result in economic growth and greater value for real estate properties in second-tier towns driving prices higher. With the push factor automatically coming into play, the market then move to third tier towns and so on.

The influx of investments to second-tier towns is expected to boost growth in both markets, resulting in an increase in the value of real estate exponentially.

A global survey in the USA indicated an estimate that 15 percent to 28 percent of city residents are likely to move out of the city as a result of the Covid-19 pandemic and as the global economy gets tougher. And, consistently, many claim that the pandemic has influenced their desire to move.

Whereas the rich move out of the city because of choice, the poor move out because it is necessary that they move as a result of an expensive life in the city. Those who have lost their jobs and cannot afford big city prices anymore are moving in search of more affordable housing options.

Furthermore, the suburbs are an attractive destination due to lower taxes, cheaper housing and rent prices, cheaper food and wider spaces. Such movements boost demand and pressure on land and thus prices.

Millennials are the dominant demographic on the land market. In addition to being dense in population, this category has a disposable income because they have stable jobs, sizeable salaries, thriving businesses and other a sizable percentage working abroad that repatriates their incomes back home. They are starting families and establishing homes.

For instance, in Najjera, a city suburb, local real estate agents say in 2021, the most sought after houses were the one bedroom and two bedroom houses by young families of one to three children.  Millennials, unlike other generations have expressed a heightened desire to own properties.

The Department of Economic and Social Affairs of the United Nations’ Population Division (DESA) estimates Uganda’s population at close to 46 million people in 2020, with average growth of 3.66 percent a year between 2015 and 2020. This makes Uganda’s population growth rate the third highest in Africa (after Niger’s 3.89 percent and Equatorial Guinea’s 3.72 percent) and the fifth highest in the world. The urban population is however projected to grow at a rapid average annual rate of 5.6 percent over the next five years (2020 to 2025).

DESA projects that Uganda’s urban population will increase by an average of 731000 people per year over the next five years, of which close to 193 000 will be located in Kampala, and the remaining 548 000 will be spread across Uganda’s other urban areas.

The Covid-19 pandemic changed buyer preferences. The work from home movement increased the demand for home offices, larger spaces, and outdoor amenities. There is a growing middle class in the country, especially people that prefer to own their homes instead of renting existing properties. To note is that all this has a direct implication on the growth and expansion of the sector and definitely on value and price.

Whereas infrastructure development in form of roads, water, and electricity is a key driver for real estate growth, I will not exhaustively discuss it in this issue. Generally our road infrastructure is still lacking as a nation, But upcoming roads like Kira-Kasangati-Matugga, Kakiri-Masulita-Mawale-Semuto, Sentema road upto the norther bypass, Kisubi- Nakawuka- Kasanje- through Mpigi, Busega- Mpigi Expressway etc have only driven speculation upwards, despite traffic and difficulty to swiftly move to certain locations around Kampala, people have still embarked on purchasing land, the reason I can give is that the demand for personal space is high and people are generally tired of expenditures on rent. In such an instance, Speculation cannot be left out of the basket as a major driver of real estate prices. Premised on upcoming roads and national developments around the country.

Second-tier towns tend to be more affordable than their first-tier counterparts. For example, it is more expensive to live and work in the Kampala metropolitan than say Mattuga, Wakiso District.

Second-tier cities are full of families with school-age children. Not only do the schools tend to be less expensive, but the neighbourhoods tend to have a more family-friendly feel.

Not only do residents tend to live closer to work (because they have probably moved there for work), but there is also less traffic on the road.

From the lower cost of living and family-oriented nature to the abundance of fresh food and less pollution, second-tier town residents may enjoy a higher quality of life than those living in very large cities.