Will boat ambulances serve their purpose in Kalangala?

Will boat ambulances serve their purpose in Kalangala? 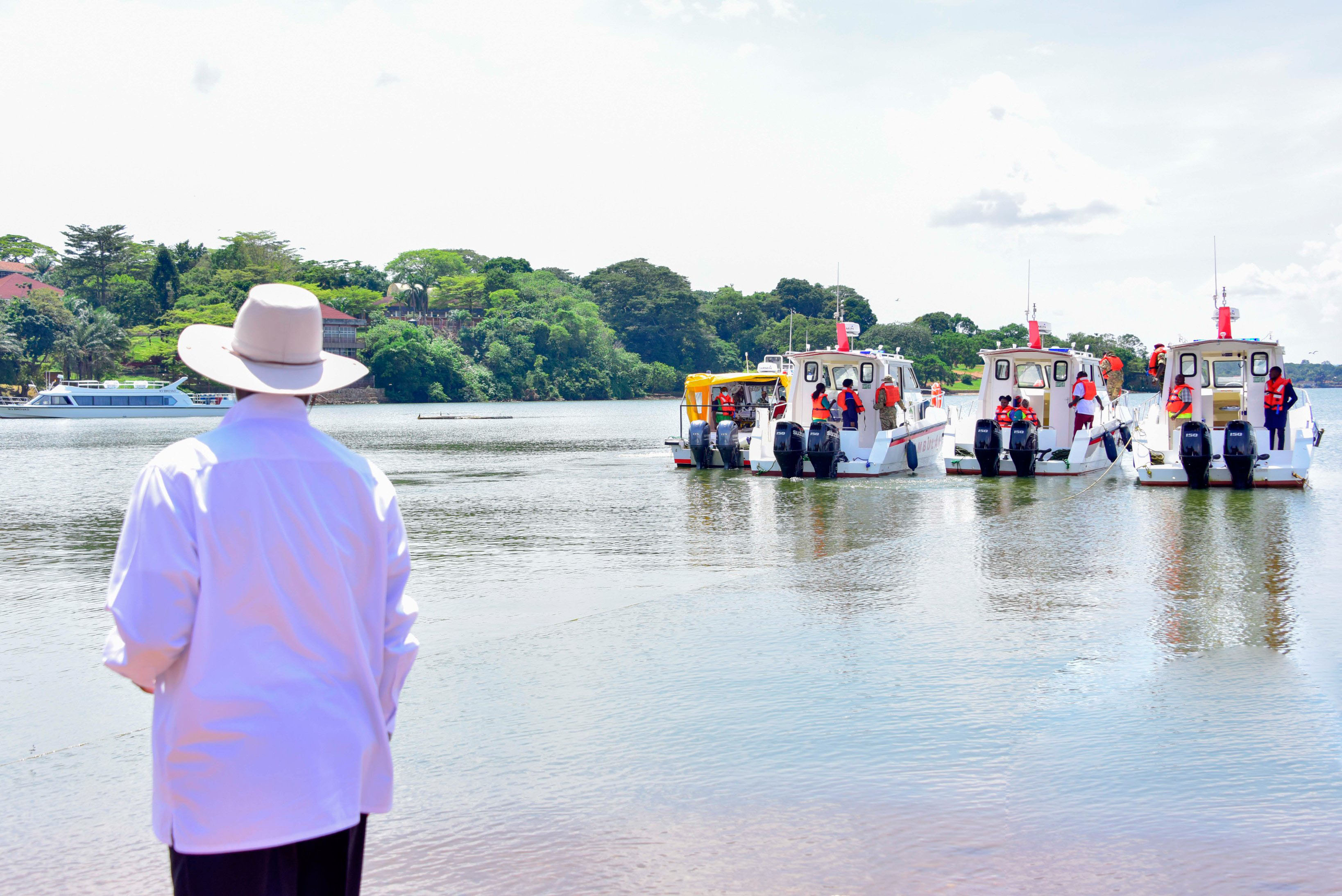 Kalangala is a chain of 64 habitable Islands on Lake Victoria. The island district has 17 public health units spread across the various islands, with Kalangala Health IV its major referral for any emergencies.However, the district has severally registered many deaths due to delays in accessing medical care.Kalangala is among the districts, which benefited from the new boat ambulances government donated to improve health emergencies in hard-to-reach islands and water bodies. On May 20, President Museveni commissioned 12 ambulances and the supplier is expected deliver another two soon.

Some of the beneficiary districts include; Mukono, Amolatar, Buvuma, Ntoroko, Serere, Jinja, Kabale, Obongi, Mayuge , Buliisa and Namayingo.But some leaders say while the idea of the boat ambulances is welcome, lower health units should also be supported and empowered to handle serious health emergencies as well as construction of new ones.“We have lost many of our people, especially pregnant mothers, on distant islands due to absence of at least a health centre II. We need more health facilities and elevation of Kalangala Health Centre IV to a hospital status, not  the speed boats,” Mr Rajab Ssemakula, the Kalangala District chairperson, says.The Shs8.9b boat ambulances were procured with funding from Global Alliance for Vaccines and Immunisation (Gavi). Each boat is estimated to have cost $180,000 (about Shs642m).

Mr Ssemakula  says in 2005, they received a similar speed boat from Uganda Aids Commission to support HIV/Aids related activities in the Islands, but it has remained idle due to its huge maintenance costs .“It is a good boat with two 200 horsepower engines and can sail to the furthest Islands such as Nkose within 45 minutes. However, it remains idle  at the Lutoboka docking pier after failing  to meet its maintenance and fuel costs,” he adds.

Maintenance costThe district chairperson says for a return trip from Kalangala to Entebbe, the new ambulance boat can consume about 300 litres, which cost Shs1.7m considering the current fuel pump price of Shs5,900 per  litre.But Mr Robert Migadde, the Buvuma County legislator, disagrees with Mr Ssemakula, saying even though lower health facilities are financially supported and equipped, there will always be a need for better health emergency services in case of referral.“Take the example of Kawolo General Hospital, it has been refurnished and equipped, but they   have ambulances on standby to take patients to Mulago National Referral Hospital, so even the Islands need the boat ambulances to bridge that gap,” Mr Migadde says.

He, however, concurs on the need to improve and upgrade the existing health facilities in hard–to-reach areas to reduce the number of referral cases.“We talked to the President and he agreed with us that the Ministry of Health should allow big islands such as Kalangala and Buvuma to have health centre III facilities, in areas which are not sub-counties, contrary to government’s earlier arrangement,” he adds.

Buvuma has a total of 52 habitable islands with no general hospital. Most health emergencies are referred to either Jinja or Kawolo hospitals.Mr Fred Kayondo, the Member of Parliament for Mukono South, says lower health  facilities need to be upgraded, citing  Koome Health Centre III ,on Koome Island, which serves about 12500, but is poorly facilitated and ill equipped.“Government still has to cut on its wasteful expenditures to support lower health units,” Mr Kayondo says.The acting Kabale District health officer, Mr Alfred Besigensi, says they will soon meet and discuss how the donated boat ambulance will be effectively managed.

“Our boat ambulance has not yet arrived, after receiving it , two shall start planning on how to use and maintain it. Issues of high fuel consumption shall also be discussed. For now, we are grateful to the government for this donation because lack of a speed boat  has been a serious challenge to transport patients across Lake Bunyonyi to referral centres,” Ms Besigensi says.According to Mr Emmanuel Ainebyoona, the Health ministry spokesperson, district leaders don’t need to worry because government will be providing fuel for  the new boat ambulances.

“ The procured  boat ambulances  belong to government like the  health centres. So, government will be in position to provide fuel in case of any emergency to evacuate the patients who need referral,” he says.On health facilities in hard- to- reach areas that need a facelift or elevation, Mr Ainebyoona says government is committed to improving infrastructure at all health centres and many at the level of hospitals have of recent been refurbished   and equipped, citing Kayunga and Kawolo hospitals.

Mr Majid Magumba, the chairperson of fishermen at  Masese Landing Site  in Jinja City, says: “The boat ambulance will be useful, especially to people at Kisima I, Wabitooke, Kisima II and Samuka islands, but this will only work if all costs for its operations are met by the government.”

About the ambulanceEach boat ambulance has spine boards, an isolator, oxygen saturation equipment, blood glucose monitoring equipment, resuscitator kits, suction machines and two oxygen cylinders. The Ministry of Health  will provide emergency medical services staff for the   new   water ambulances, but they  will  be operated by Uganda People’s Defense Forces and Uganda Police because the ministry lacks marine engineers and crew men. Government will also cater for licensing, inspection and maintenance of the ambulances.