RIP: Counsel Kasango Bob – I wear my defence as a crown

Odonga Otto: I have never looked for a job but time has come that I may need one

Stella Nyanzi: NUP is full of homosexuals, if you don’t believe ask your Principal 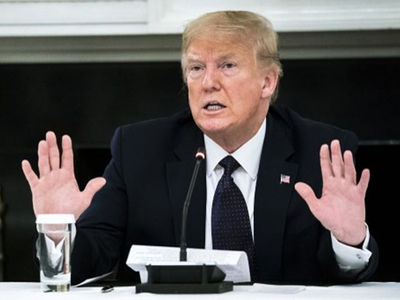 US President Donald Trump on Sunday faced allegations that he paid little or no federal income tax for years before he came to power, as his cloudy financial past stoked controversy ahead of the first election debate.The New York Times alleged the billionaire president paid just $750 federal income taxes in 2016 the year he won the White House and 2017, and no federal income taxes at all in 10 of the previous 15 years because he reported losing more money than he made.Trump, who immediately dismissed the accusations as “totally fake news,” is readying to come face to face with his Democratic opponent Joe Biden at a pivotal live debate on Tuesday.The Republican leader has broken with presidential tradition by refusing to release his tax returns, fighting a long battle in the courts and triggering speculation about what they might contain.”First of all, I paid a lot and I paid a lot of state income taxes too… It’ll all be revealed,” Trump said as he shrugged off the Times story that cited tax data extending more than 20 years.The Times said that Trump reduced his tax bill via a $72.9 million tax refund that is the subject of an Internal Revenue Service audit. He also reportedly took tax deductions on residences, aircraft and $70,000 in hairstyling for television appearances. Advertisement

Meanwhile, his golf courses report losing large amounts of money, and hundreds of millions of dollars in loans he personally guaranteed will soon be due for repayment, according to The New York Times.Democrats jumped on the allegations, with House Speaker Nancy Pelosi saying it showed “Trump’s disdain for America’s working families,” and party colleague Chuck Schumer calling for everyone “who paid more in federal income tax” to raise their hand.Massachusetts representative Richard Neal, the chair of the House Ways and Means Committee who has tried unsuccessfully to obtain Trump’s tax records, said the Times report makes it even more essential for his committee to get the documents.”It appears that the President has gamed the tax code to his advantage and used legal fights to delay or avoid paying what he owes,” Neal said in a statement on his Facebook page.”Now, Donald Trump is the boss of the agency he considers an adversary. It is essential that the IRS’s presidential audit program remain free of interference.”Biden’s campaign team posted a tweet that simply stated how much federal income tax had been paid by teachers ($7,239), firefighters ($5,283) and nurses ($10,216) — all groups that have been hit hard by the pandemic or the West Coast wildfires, two major topics ahead of the debate.At Tuesday’s election debate, millions of Americans will watch as the two antagonists — who depict each other as existential threats to the country — step into the ring live on television after months of shadow-boxing.- Blunders and gaffes -Trump taunted Biden on Sunday with a fresh salvo on his mental acuity. “I will be strongly demanding a Drug Test of Sleepy Joe Biden prior to, or after, the Debate on Tuesday night,” he tweeted, saying he would take one also.”His Debate performances have been record setting UNEVEN, to put it mildly. Only drugs could have caused this discrepancy???”When asked by reporters about the demand, Biden laughed before declining to comment. Both men are prone to blunders and gaffes when speaking — but the 74-year-old Trump has repeatedly depicted the 77-year-old Biden as senile.On Saturday, Biden said he expects “personal attacks and lies” from the president, likening Trump to Nazi propaganda chief Joseph Goebbels.The former vice president has until recently stayed close to his Delaware home due the pandemic — while Trump has flouted his own government’s social distancing guidelines, holding jam-packed rallies with few masks in sight.The debate also comes as both sides try to exploit Trump’s bid to install conservative Amy Coney Barrett in the late Justice Ruth Bader Ginsburg’s seat on the Supreme Court.Trump sees his nomination of Barrett potentially tilting the court to the right for years as a fundamental boost to his troubled campaign.- High-stakes debate -But Biden accused Trump of rushing Barrett’s nomination in order to launch a new assault on health care and urged the Senate to delay the confirmation until after the election.Barring a huge surprise, Republican senators, who have 53 out of 100 votes in the upper house of Congress, are expected to confirm Barrett.The TV debate could be a wildcard, with Trump needing to break through the 200,000 US coronavirus deaths, the long-lasting economic fallout and fatigue at the constant upheaval roiling his administration.Unlike the fawning treatment he enjoys during his weekly call-ins to Fox News or the adoring atmosphere at rallies, he’ll find himself facing a determined rival painting him as “toxic” for America.Meanwhile, frontrunner Biden mainly needs to keep steady against a man who many call a master provocateur.

Coach Ssimwogerere Blames Club CEO for his Dismissal at Express

By AFP Thousands of people demonstrated in cities across Argentina on Saturday to protest the "VIP vaccinations" scandal that forced the health minister to resign. Gines Gonzalez Garcia quit a week ago at the president's...

By AFP US Secretary of State Antony Blinken on Saturday condemned alleged atrocities committed in Ethiopia's Tigray and called on the African Union and other international partners to help address the crisis in the conflict-hit...

By Christine Kasemiire Sales in in passenger service motorcycles commonly referred to as ‘boda bodas’ dropped by 20 per cent in 2020, statics from industry players suggest. Majority brands of motorcycles on market dropped in sales in a Covid-19 dominated...

By AFP Myanmar security forces violently dispersed anti-coup rallies around the country on Sunday, with reports of at least three protesters killed in the crackdown. The junta has ratcheted up its use of force over...

New hope in Covid crisis as US approves third vaccine

By AFP The Covid-battered United States authorized Johnson & Johnson's vaccine for emergency use Saturday, offering a glimmer of hope as Britain bids farewell to fundraising war veteran Captain Tom Moore who died of the...

Coach Ssimwogerere Blames Club CEO for his Dismissal at Express