Tina Fierce Reveals She ‘Gave Up On Her Urban TV Job’ After Months Of Speculations, Leaves Netizens Whispering

My wife is not infected with COVID 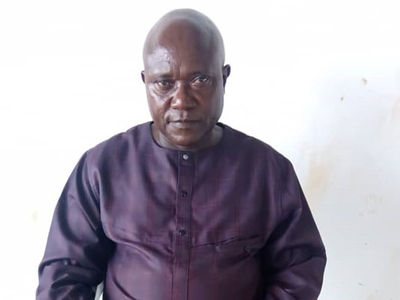 The founders of Bamasaba Cultural Institution, Inzu- Ya-Masaba, who constituted themselves into a Council of elders, have cleared Mr Jude Mike Mudoma, to be installed as new Umukukha.Mr Mudoma was cleared during a meeting which took place at Sports Club in Mbale City at the weekend. The meeting was attended by the first Umukukha, Mr Wilson Wamimbi and the outgoing Umukukha, Mr Bob Mushikori. The Bamasaba Cultural Institution started operating in 2010.The meeting was called by the chairperson of the governing board of the institution, Mr Stephen Mungoma, to bring to an end the long standing conflicts, which has since stifled the institution.This came after court ordered the institution last week to resolve their issues, internally and only run to the courts of laws if they have failed. Advertisement

However, Mr Mushikori protested the decision and moved out of the meeting before it could end.His faction has for long argued that the election of Mr Mudoma was conducted in a fraudulent manner.“I attended the meeting but I left earlier. I am not aware of such a decision,” Mr Mushikori said when contacted, shortly after the meeting.Mr Mushikori, however, said he will relinquish the throne if elders persuaded him to believe that such a decision is right. “If they make me understand, I will leave. I was not born to stay as Umukukha,” he said.

Sir Bob Mushikori is the outgoing Umukukha of Bamasaba. PHOTO/NMGMr Mungoma maintained that the elders unanimously endorsed Mr Mudoma after they found out that he was duly elected.“The elders cleared Mr Mudoma to be installed as Umukukha III in our blessed institution,” he said.Mr Mungoma added that the search committee carried out an evaluation and vetting exercise of candidates and their findings were presented to the culture council before a general assembly as mandated by their constitution.Asked whether it is a must for the outgoing Umukukha to attend the installation ceremony, Mr Mungoma said the institution’s constitution is silent on the matter.“There is guidance on that matter but it’s morally right to do so though legally there is no stipulated manner of installing,” he said.Mr Mudoma electionMr Mudoma, a scientist by profession, who is from Buyobo clan, was elected by the general assembly, which was held at Mutoto Cultural Ground on October 6.The elections were presided over by Mr Nelson Wadeira, the speaker of the institution and leader of the parallel group that has been long opposed to the leadership of outgoing Umukukha, Mr Mushikori.Mr Mathius Nabutele, the first deputy prime minister, who is also a blue eyed-boy of Mr Mushikori, said he will not hand over power soon due to a court case.“The Umukukha cannot hand over power because he has been sued. He has to wait until the case is disposed off,” he said.Mr Richard Masereje and Mr Richard Gidagui in their suit filed on November 9 at the High Court of Mbale sued the Umukukha, Mr Mushikori, Inzu Ya Masaba Ltd as well as the Attorney General over registration of the cultural institution.They argue that cultural institution was erroneously registered as a company limited by guarantee on August 31, 2011 and that it falls short of the provisions of the Institution of Traditional or Cultural leaders Act 2011 and the 1995 Constitution.Mr James Kangala, the secretary general of the institution, said: “That case has been overtaken by events because the court recently ruled that cultural matters must be resolved by the elders before any aggrieved party rushes to court.”

Taiwan grounds all F16 jets after one goes missing

By AFP Taiwan has grounded all of its F16 fighter jets for safety checks as rescuers continue to search for one that went missing during a training exercise, authorities said Wednesday.The decision removes around 150...

By Patience Ahimbisibwe Opposition presidential candidates have complained to Electoral Commission (EC) about police brutality and being denied access to the mass media during the campaign trail. Six of the 11 candidates, who attended yesterday’s meeting...

Residents of Busoga have asked National Unity Platform (NUP) candidate Robert Kyagulanyi, alias Bobi Wine, to tackle poverty and the sugarcane crisis in the sub-region.The locals say many people have been impoverished due to limited...