Security personnel to be deployed to building rooftops

Dad Breaks Down Outside Bank in Nairobi CBD

Africa internet: Where and how are govts blocking it?

An idiot’s guide to Uganda’s elections

Uganda decides: Where vote will be won and lost 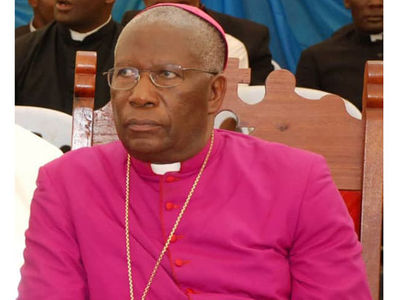 As Ugandans go to the polls today, the Catholic Bishops of Uganda have written a letter on some of the critical issues that have to be looked into in order to have a smooth postelection era.Dear Brothers and SistersChrist brings you renewed hope and commitment in the New Year, 2021. We have already said in our previous messages that the year 2020 will be remembered as a special year, the year the world experienced a pandemic of great magnitude and ferocity.  The pandemic has left a trail of death, fear and illness in many families and communities. For us who are still alive, we have reasons to thank God and take heart because he has overcome the world.The year 2020 was also marked by political campaigns leading to the General Election. As usual, the country is gripped by election fever, and a number of challenges emerged that require urgent attention and remedy as we go through the elections. The purpose of this pastoral letter, therefore, is to add our voice to many others calling for peaceful, free and fair elections.  We do this, as responsible citizens of our country, and also as shepherds of the people.From the pastoral letter issued in 1961 by His Grace Joseph Kiwanuka, of venerable memories, the then Archbishop of Kampala Archdiocese, titled: The Church and State: Guiding Principles, the Catholic bishops in Uganda have written several letters to guide the country on various social, political and economic issues. By so doing, the bishops are making sure the message and mission of Christ on earth is implemented: The Spirit of the Lord is upon me, because he has anointed me to bring glad tidings to the poor. He has sent me to proclaim liberty to captives and recovery of sight to the blind, to let the oppressed go free and to proclaim a year acceptable to the Lord.It is from this perspective that the ongoing elections, present us with signs that impose on us, shepherds, the duty to speak up and provide counsel to the people, rulers and subjects alike, in line with our duty to proclaim the Gospel at all cost. In so doing, we do not assume responsibility for every aspect of life in our country; but speak with the competence that is ours, which is that of proclaiming, Christ the redeemer. Advertisement

Security personnel to be deployed to building rooftops

By Benson Tumusiime The government will deploy security personnel on all rooftops of Kampala’s arcades and tall buildings to ensure security in the capital as Ugandans go to the polls today.Kampala Metropolitan Police spokesperson Patrick...

By Nasibo Kabale By Raymond Mujuni Voting in the opposition stronghold of Masaka has been delayed this morning as the country goes to the polls.Despite delay in delivery of election material to polling stations, the...

By Anthony Wesaka By Juliet Kigongo Jailed supporters of National Unity Platform (NUP), the party of opposition candidate Bobi Wine, have filed a petition at the High Court in Kampala that accuses the government of...

Africa internet: Where and how are govts blocking it?

By BBC No Facebook, Twitter or WhatsApp. That’s becoming more and more common in some African countries, where governments have periodically shut down the internet or blocked social media platforms.Uganda is the latest country to...

An idiot’s guide to Uganda’s elections

By Misairi Thembo Kahungu Ugandans are going to the polls today to vote for the President and Members of Parliament who will serve the country until May 2026.In spite of the election of other categories...