Court to rule on journalists’ accreditation case on election day

Open letter to the Rev. Ntagali from a recovering musegu – UGNEWS24

Kenya Gets Robots to Work Alongside Doctors

I will go to exile when President Museveni leaves power

Court to rule on journalists’ accreditation case on election day 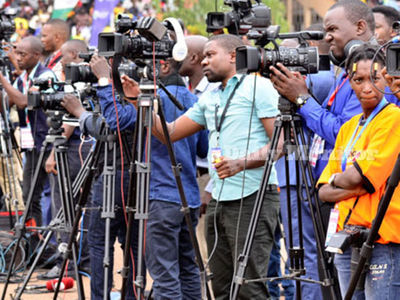 The High Court in Kampala will on Thursday this week, deliver its ruling in which journalists are protesting the directive of the Uganda Media Council to first have them accredited before covering this week’s general elections and other government events. This was after the parties in the case, appeared before presiding judge, Esta Nambayo yesterday and agreed on filing written submissions that she will base on to deliver her ruling by e-mail on Thursday at midday.According to the timelines issued by the judge, the lawyers of the Editors Guild and the Center for Public Interest Law, were to file their written submissions by 9am today.The journalists were represented by former president of the Law Society, Mr Francis Gimara.The Media Council that was represented by the office of the Attorney General, was directed to file their written submissions, latest tomorrow by 10am.“The ruling will be delivered by 12 noon by email on Thursday…..” Ms Nambayo said.Mr Pius Katunzi, an executive member of the Editors Guild shortly after the morning court session, said the ruling will come rather late since Thursday is the day of the voting and the journalists needed to know their fate prior.“The ruling will be to explain whether the decision by Media Council was legal or not. The events would have taken place since that is the Election Day. If the decision comes and it favors us, it means whoever, is not accredited by the Media Council, can continue with their work,” he said.The case arose on December 31 last year when the Editors Guild Uganda and the Center for Public Interest Law, sued the Attorney General, challenging the guidelines issued by the Media Council ahead of this week’s general polls. Advertisement

The Media Council, a government body that regulates the conduct and promotion of good ethical standards and discipline of journalists, had in its press statement released on December 10, demanded that for any journalist either local or foreign to cover the Thursday general elections, they must have been accredited.The media regulatory body also reasoned that the accreditation of journalists was for their own safety especially as they cover elections.But the scribes in their law suit, contend that if these directives are left unchallenged, they will open a flood gate of brutality against them by security personnel as they enforce them.“The impugned directives will have the effect of fueling the brutality of the security forces and malicious prosecution against journalists of enforcing and implementing the impugned directives, further curtailing and unreasonably restricting constitutionally guaranteed freedoms and rights,” the journalists aver.They further argue that the press plays a fundamental role in dissemination of information especially in these scientific elections and that if they are subjected to the illegal mandatory accreditation, the public will miss out on vital information.Mr Daniel Kalinaki, the General Manger Editorial at Nation Media Group-Uganda with over 23 years of experience in journalism, in his affidavit to support the issuance of the interim order, says the directive to register all journalists before they are permitted to cover any election and other state events barely a month to the 2021 polls, is irrational.“The impugned directions to register, accredit and licence journalists to cover specific events (elections and state events) and criminalising the free sharing of information on matters of public interest like elections and state events, unreasonably and unjustifiably restricts and curtails the right to practice journalism as a profession.” Mr Kalinaki avers.Mr Kalinaki who doubles as the interim chairperson of the journalists’ body, also states that as a media manager, he knows that journalists have a responsibility and mandate to cover election activities in all the constituencies across the country and that they are mandated to send out journalists to gather information regarding the electoral process for publication.He has also castigated the Media Council for attempting to enforce the aforementioned guidelines and yet they lack quorum as it’s not fully constituted.editorial@ug.nationmedia.com