EC wrong not to nominate Mao in 2016, court rules

Enhancing innovation for increased for employment creation and labour productivity

EC wrong not to nominate Mao in 2016, rules court

MUST hails Founder, and Visitor

Uganda suspends all flights from India

BioNTech/Pfizer seek approval for COVID-19 vaccine use in adolescents

EC wrong not to nominate Mao in 2016, court rules 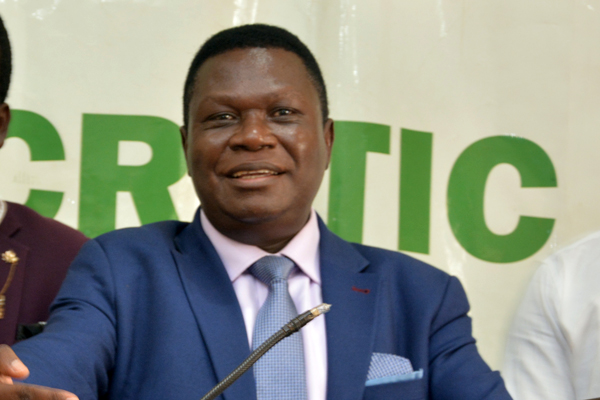 The Constitutional Court has faulted the Electoral Commission (EC) for having five years ago, not nominated Nobert Mao, as one of the parliamentary candidates for then Gulu Municipality for the 2016 polls, claiming that he was not a registered voter.
The omission of Mao’s name came about after the electoral body retired the old voter’s register of 2011 that had Mao’s name. Mao is the current president general of the opposition, Democratic Party (DP).
Upon abandoning the old voter’s register, the EC instead used a new voter’s register which was compiled using data from the National Identification Register Authority (NIRA), thereby omitting Mao’s name and other voters from the voters’ register for purposes of organising the 2015-16 general elections.
Chapter Four Uganda, a human rights watchdog, was a co-petitioner with Mao.
“In the final result, I would allow the petition and because most of the remedies sought in this petition were geared to allow the first petitioner (Mao) participate in the 2016 general elections, they were overtaken by events at the time of this judgment as another general election took place in 2021,” ruled justice Christopher Madrama, who wrote the lead judgment.
“The Electoral Commission failed in its duty to maintain its existing voters’ register in which the first petitioner (Mao) was clearly a registered voter and its act of not recognising the first petitioner as a registered voter, contravened article 61 (1) e of the constitution by failure to maintain its then existing national voters’ register,” Justice Madrama further ruled.
Advertisement

The other justices who concurred with his reasoning included; Deputy Chief Justice Richard Buteera, Kenneth Kakuru, Catherine Bamugemereire, and Irene Mulyagonja.
In their analysis, the justices observed that when the EC adopted data from NIRA as a substitute to its own voters’ register, violated the principle of independence of the commission, which is not supposed to be subjected to the direction or control of any person or authority.
This, they said is because the primary duty of the EC is to maintain the register and update it from time to time or revise it as the circumstances may require.
“The duty to maintain, compile, revise and update the voters’ register is not subject to the direction or control of the NIRA or any other authority,” the justices noted.
The justices further observed that it was simply a convenient administration measure to ensure that data with NIRA was used to compile, maintain, revise and update the register but not as a substitute.
“To make it a substitute would shift the duty to compile the register and update the register onto another authority. However, there is no evidence that the Electoral Commission acted on the direction or control of any person or authority,” the justices further ruled.
In his petition in 2016, Mao had argued that for the last over 20 years, he had participated in the electoral process of the country.
He said he had first voted in the general elections of 1994, where he was a parliamentary candidate for then Gulu Municipality.
He added that before nomination for the 2016 polls, he had been on the voters’ register and he had since then, also voted in 2001, 2006 and 2011 general polls.His polling station is Holy Rosary, located at Queens Avenue Parish, Laroo Sub County, Gulu City.
Mao had also accused the EC of removing his name from the voters’ register and refusing to re-enter it after retiring the old voters’ register used in 2011 polls.
editorial@ug.nationmedia.com

EC wrong not to nominate Mao in 2016, rules court

By Anthony Wesaka By Betty Ndagire The Constitutional Court has faulted the Electoral Commission (EC) for having five years ago, not nominated Nobert Mao, as one of the parliamentary candidates for then Gulu Municipality for...

FDC rallies party MPs to back Ssemujju for Speaker

By Damali Mukhaye The Opposition Forum for Democratic Change (FDC) president, Mr Patrick Oboi Amuriat, has said the party officials will rally all their MPs in the 11th Parliament to support Mr Ibrahim Ssemujju Nganda...

By Anthony Wesaka By Juliet Kigongo The Democratic Republic of Congo (DRC) has failed to recover three of its prime embassy properties it claims were grabbed in Uganda following unsuccessful court litigation. DRC had in...

By Philip Wafula A former head teacher, who became a security guard after enduring months without pay during the Covid-19 induced lockdown, has received offers across 17 schools. His current employer has also promised to...

By Patrick Ebong By Bill Oketch                           BILL OKETCH The National Physical Planning Board (NPPB) has warned of countrywide demolition of new fuel stations in a move aimed at reducing the risk of fire...

By Elizabeth Kamurungi Internet users, beer consumers and motorists should brace for tougher times after Parliament yesterday endorsed a raft of government’s proposed taxes in desperate attempts to raise revenue to resuscitate the economy that...