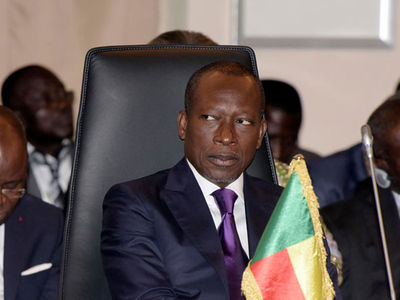 As protests spread in Benin in the run-up to Sunday’s elections, this is a timeline of the West African country that critics say has slipped towards authoritarian rule under President Patrice Talon.
– 1960: Independence –
The Republic of Dahomey, as Benin was previously called, becomes independent on August 1, 1960 after nearly a century of French rule.
– 1963: Decade of coups –
Dahomey’s first leaders inherit a population largely divided by regional allegiances and from 1963 to 1971 power switches nationally through a series of military coups.
– 1972: Enter Kerekou –
Advertisement

Commander Mathieu Kerekou, deputy head of the armed forces, takes power in 1972 and reorganises the country’s resources according to Marxist-Leninist principles, nationalising oil companies and banks.
In 1975 he renames the country The People’s Republic of Benin.
Apart from the five years between 1991 and 1996, when he lost a presidential election, Kerekou remains in power until 2006.
– 1990: Ending military rule –
Kerekou begins shifting Benin towards democracy in 1990, organising a national conference of 500 people from all sectors of society to create a new constitution.
In December that year a new multiparty constitution is established, ending 17 years of military-Marxist rule.
– 1991: Democracy –
In 1991 Nicephore Soglo, prime minister in the transition government, wins Benin’s first democratic presidential election.
Five years later Kerekou is elected back to power, and he wins a subsequent term in 2001.
– 2012: Poison and plots –
With both Kerekou and Soglo constitutionally barred from running, Benin’s 2006 election sees an unusually open field of candidates, which banker Thomas Boni Yayi wins with three-quarters of the second-round vote.
But in 2012 Yayi is victim of an attempted poisoning with cotton tycoon Patrice Talon accused of being behind it.
The following year the authorities claim they foiled an attempted coup.
In 2014 Yayi says he has forgiven Talon and his suspected accomplices for the attempted poisoning.
– 2016: Talon takes over –
Talon, back in Benin after several years spent in exile, is elected president in 2016.
The following year protesters take to the streets of Cotonou, Benin’s largest city and economic capital, angry at his rule.
Talon’s subsequent liberal economic reforms spark further unrest and fears over key sectors such as cotton.
– 2018: Rival jailed –
In 2018, businessman Sebastien Ajavon, who came third in the 2016 presidential poll, is convicted of drug trafficking and sentenced to 20 years in prison.
– 2019: Political crisis –
Benin becomes mired in a political crisis following a disputed parliamentary poll in April 2019 that sparks mass protests.
Parties allied to Talon win all the seats after opposition groups are effectively banned from standing.
Thousands of people take to the streets but police disperse them using live rounds.
Talon is accused of authoritarianism.
Key opposition figures including Yayi go into exile.
– Crackdown on opposition –
In August 2019 a court hands top opposition politician and former prime minister Lionel Zinsou a six-month suspended jail term and bans him from standing for elections for five years.
Zinsou was runner-up in the 2016 presidential election.
In November Benin orders the EU ambassador to leave the country, accusing him of “subversive” activities.
In January 2020 clashes break out in Save, a Yayi stronghold. Two people die.
In May several parties are excluded from taking part in municipal elections.
– 2021: Talon tightens grip –
In February 2021 the electoral authorities say Talon and only two other candidates will run in the April presidential election.
In the run-up to Sunday’s vote a number of opposition leaders are detained and a top judge quits the country saying he was being pressured into ruling against Talon’s opponents.
Protests break out across the country with Talon expected to win another term.
Days ahead of elections, in the central city of Save, two people die and five others suffer gunshot wounds after troops fire tear gas and live rounds in the air.
Protesters block hundreds of cars and trucks from travelling between the coast and the north of the country.
Despite the blockades causing delays in the dispatch of electoral material, the electoral commission says nothing prevents the election from taking place.