How to recover the year lost to Covid-19

How to recover the year lost to Covid-19 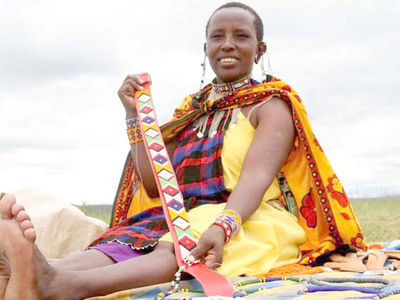 It started like any other year.  Archived snapshots of the websites of local and international media houses from January 1, 2020 show no stories of public health apprehension — just ordinary year-ending items.Even the zealous London-based psychic Nicolas Aujula, who foresaw an election loss and a reluctant exit for US President Donald Trump in his predictions — published on January 1 on Kenya’s Standard website — did not foresee a virus-induced tragedy. Instead, he predicted mass protests across the globe. He was wrong to a large extent.The media cannot be accused of misreading the times, though. It was in late December 2019 that Chinese officials in Hubei province confirmed dozens of cases of a resilient type of pneumonia whose cause was unknown, but it was only on January 7 that China confirmed the cause as a new coronavirus. Three days later, the Asian country reported its first death from the virus. And then, on January 20, the first case of the coronavirus was confirmed outside China.By March 11, when WHO declared it a pandemic, the Covid-19 story had become all about deaths and devastation across the globe, with lockdowns and travel restrictions being the byword for most governments.When the first case was confirmed in Kenya on March 13, a number of measures were introduced that turned 2020 from a promising to a lost year.The year has been unforgiving; the virus is still here with us, ravaging economies and families, but resilient communities are keeping their heads above the water, swimming to lands unknown. Here, a catalogue of the horror story so far, and what the future looks like. Advertisement

1. Economy cries for a fix Many Kenyans will want to quickly forget 2020 because it saw them lose their income sources; either their jobs or the businesses they were running.  For businesses that held on, it was the year of surviving and not thriving, as KCB Group CEO Joshua Oigara famously said in November.The battered economy will need a lot to recover. Economist Bitange Ndemo says there are a number of things the government can do to turn things around. One of them is a reversal to the Kibaki-era policy of the government reducing it appetite for loans from local banks.“The government heavily reduced domestic borrowing and banks started hawking loans to MSMEs (micro, small and medium enterprises) and individuals. That is the only way banks will begin talking to people and MSMEs, the two groups who are the engine of the economy,” Prof Ndemo told the Sunday Nation.The University of Nairobi lecturer also recommends that the government issues a stimulus package to three sectors: MSMEs, agriculture and industry.“Most of people involved in these three areas do not have the luxury of walking into banks and getting loans like the big companies. So while the government is broke, it still has to spend to stimulate the three sectors,” he said. “Agriculture is the biggest in terms of GDP contribution and it needs to be propped up so that famers have money in their pockets and they are able to market their produce competitively.”2. Entertainment industryGenge artiste Jua Cali (Paul Julius Nunda) approximates that since March, he has lost 50 major shows as a result of restrictions aimed at containing the virus.“In December alone, on almost every weekend we were guaranteed at least two shows. Those are not there now,” he told the Sunday Nation. “The moment the restrictions came, especially the curfew, everything went dark. ..”Suffering similarly consequences are players in the film industry. Mr Oliver Masafu, a digital strategist and content creator at KenyaBuzz, a platform that deals with movie screenings and events, says the closure of film theatres for the better part of the year was a big blow.“We used to have almost a million visitors a month on kenyabuzz.com. There were no movies, that reduced our website visits by 70 per cent.”So, what can be done to revive the entertainment industry in 2021?Jua Cali believes that it is only the Covid-19 vaccine that will help, “but now we are hearing of new virus strains, meaning that 2021 is still not guaranteed” . Mr Masafu also believes that it is only a vaccine that can save the day.3. Education sectorMs Anne Obonyo, the director of St Nicholas Schools in Nairobi, is among the players in the education sector who have been closely following government pronouncements on Covid-19 starting from March 15, when the government announced the closure of schools.One of the things that caught her attention were the remarks made in August by Education Cabinet Secretary George Magoha, that the government would provide Sh7b that private schools can borrow at affordable rates to help them address the challenges brought about by Covid-19.“Not even one school has seen that money,” she says as she wonders what became of the move that could have rescued a number of schools.Prof Magoha on Tuesday said public schools should admit all learners from private schools, and that means public schools should expect a surge in numbers on the January 4 reopening date.The closure of school shut the door on events like sports, music and drama competitions. With distancing measures recommended upon reopening and a tight learning schedule to recover lost time, it is hardly likely the events will return to their initial levels.4. Gatherings and social eventsEvent planner Joshua Bosire banks on club events and weddings to bring most of the revenue for his company, JayB Events. But in 2020, such events have been few and far between.“By now I could have done around 50 events. Because of Covid-19, I have done about 10,” Mr Bosire said last week.He has seen event organisers forced to adjust plans because venues want fewer numbers than they can hold.Mr Bosire believes that most of the social events can return to normal with a vaccine and the lifting of the curfew — which President Uhuru Kenyatta is set to review on January 3.“With a vaccine, there will be reduced tension and things will return to normal. We pray things return to normal by next year,” said Mr Bosire.5. Low-income communitiesCommunity mobiliser Eric Ambuche invited journalists to the Mukuru kwa Njenga informal settlement earlier in the year to show the world how women were risking their health by picking carrier bags from dumpsites, washing them in the polluted river waters and later selling them to vegetable vendors and other traders.“They say necessity is the mother of invention. People have been forced to do awkward things,” he said.A rise in teenage pregnancies, a spike in women engaging into prostitution, and increased instances of gender-based violence are among the consequences of the economic hardships faced by Mukuru kwa Njenga dwellers, according to Mr Ambuche, the CEO Slums Outreach Programme.“The government should try to empower people to be self-reliant. If the people had something small, like a grant, their lives would be better and they won’t depend much on the government or someone to employ them.”STRESSSNairobi-based organisation that offers free counselling saw a surge in calls from distressed Kenyans. Befrienders Kenya says between May and June, it received 256 calls, which was 84 per cent of the calls received in the first half of the year. Ms Mabel Inganji, who receives calls at the organisation, told the Sunday Nation that most of the callers were complaining about the effects of the virus. Counselling psychologist Mercy Njau says: ‘‘To rise above the mental devastation that 2020 came with, Kenyans must look for the wins. “If we don’t look for the wins, then life becomes a dark one,” she says.

More votes than voters in Sembabule

By Monitor Team Last Thursday’s polls revealed how the votes were rigged in some parts of Kayunga and Sembabule districts. In Sembabule for instance, during vote tallying at the district headquarters, Daily Monitor established that the...