If he could, Robert Amsterdam would want rain and oxygen stopped in Uganda

The devil is a liar, says Ntagali

Nandala Mafabi: My story: Why I chose Besigye from the Beginning

Report: A third of African Stories Sourced from Foreign Media

Maj Zizinga will be buried with military honours – Army 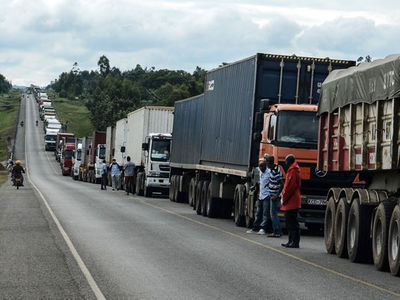 For two months now, Uganda’s High Commission in Kenya has been in turmoil over who is in charge. Kenya, according to ministry of Trade, is Uganda’s top trading partner in Africa, and third in the rest of the world, hence of utmost importance, also by virtue of being our main gateway to the sea.In October, President Museveni named his ruling NRM party former director of finance and administration, Mr Hassan Galiwango, as the High Commissioner, replacing Ms Phoebe Otaala, who resigned on July 6 to contest in the party primaries as Tororo District Woman MP. She lost in the September primaries while Mr Galiwango was vetted by Parliament to start the job.On November 29, in a story aired on NTV, a sister station to this newspaper, Ms Otaala said she was still the substantive ambassador to Kenya and has never been recalled by her boss [the President].“I didn’t resign. I just came to participate in my party elections because before I was appointed ambassador, I was an executive member at NEC level,” she said, adding that reports of her resignation had been created by “some people who wanted to confuse the public,” she said.The Ministry of Foreign Affairs accepted Ms Otaala’s ‘resignation’ in an August 25 letter, a copy this newspaper has seen.The ministry also recognises Mr Galiwango as the High Commissioner, a position claimed by Ms Otaala, an NRM cadre, having been first appointed in January 2017. Ms Otaala insisted that the former was vetted for another position.“We have five other embassies hanging. They did not vet him for Nairobi. If they vetted him for Nairobi then that’s byoya bya nswa (a metaphorically statement to mean less than ideal).  I’m not even about to leave. We cannot be two ambassadors in the same area. He can go to China, Japan, Angola and Geneva, among others. He should not look at where I am. Nairobi etandise okumpomera [Nairobi is just getting sweeter for me],” she added. Advertisement

Over 200 Artists Battle for NRM Cash

The devil is a liar, says Ntagali

By Francis Mugerwa By Alex Tumuhimbise Retired Archbishop of Church of Uganda Stanley Ntagali, who was suspended last week from performing church duties over adultery, has spoken in public for the first time since his...

Maj Zizinga will be buried with military honours – Army

By Fred Wambede The ruling National Resistance Movement  (NRM) in Sironko District is back to the drawing board after losing all the top slots in the just concluded parliamentary and Local Council elections to the...

By Derick Kissa Elections have been halted at two polling stations and two presiding officers arrested in Lugazi Municipality in Buikwe district after they found pre-ticked ballot papers in boxes, in favour of the ruling...

By Job Bwire Police said Monday that they will honor a court ruling ordering security forces to vacate former presidential candidate, Robert Kyagulanyi’s home where they have confined him since January 14, 2021.A High Court...

By Xinhua A year into the COVID-19 pandemic, the United States is still fighting a brutal battle against the virus as its total number of infections topped 25 million on Sunday.U.S COVID-19 cases rose to 25.1...

Over 200 Artists Battle for NRM Cash

If he could, Robert Amsterdam would want rain and oxygen stopped in Uganda