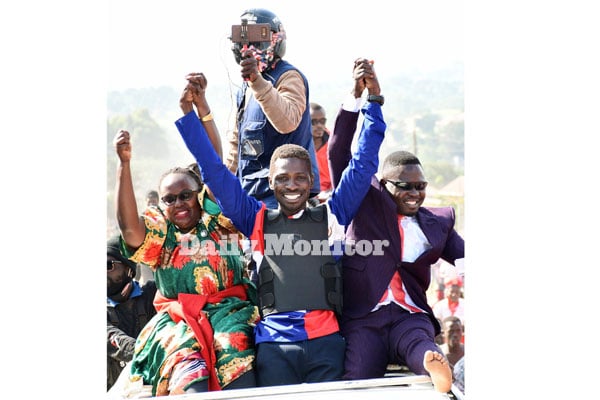 There are as many candidates running on Independent ticket for parliamentary and district chairperson seats as the combined number of party flag bearers, official records show.Our analysis of the Electoral Commission data shows that half of the 2,667 parliamentary contestants are Independents, followed by the ruling National Resistance Movement (NRM) party that has fielded 496 candidates while the Forum for Democratic Change (FDC) has 281 flag bearers.The National Unity Platform (NUP), Uganda’s youngest political party led by presidential candidate Robert Kyagulanyi, aka Bobi Wine, has raised 242 contenders for parliamentary slots which, constitute half of candidates that the ruling party is sponsoring, fielded.  The Democratic Party, the country’s oldest active political party, and the fledgling Alliance for National Transformation (ANT) party of former army commander, Maj Gen Muntu Mugisha, have sponsored a comparable number of candidates; 120 and 116, respectively.While with only 42 flag bearers in the parliamentary race, the Uganda Peoples Congress is today a feeble version of the juggernaut that led Uganda to independence in 1962.The other parties, including Congress Service Volunteers Organisation, Revolutionary People’s Party, Republican Women and Youth party, Uganda Economic Party and Forum for Integrity in Leadership party, combined have fielded 15 flag bearers. Advertisement

In sum, no party has sponsored contestants for all parliamentary slots (excluding the theoretically non-partisan UPDF representatives) that, with the creation of new constituencies, will number 528 in the 11th Parliament.Meanwhile, NRM has already snapped up more than half-a-dozen of the parliamentary seats unopposed, including that of Arua Woman MP won by Ms Lillian Paparu, in the backyard of NUP deputy principal Lina Zedriga.

An analysis of the official statistics, which acting EC spokesperson Paul Bukenya said were current as of November 27, show that 321 of the 623 of candidates nominated for district chairperson are Independents.Twenty-three per cent of the contestants subscribe to NRM while FDC and NUP have sponsored 55 and 47 candidates for district leadership which is a key position in Uganda’s decentralised system.In addition, some of the constitutional changes require referenda, meaning a government in power will need threshold approval of district councils to progress consideration of any such Constitution amendment proposal.   If the Independents, many of whom broke ranks following impugned internal party primaries to select flag bearers, were to win as many slots as their numbers in the races, Uganda risks a Parliament with almost equal number of members on opposing sides unless the Independents make a deal with the winning presidential candidate as it happened in the 10th Parliament.The Constitution does not allow an MP to cross the floor unless one year to the end of their tenure or, if earlier, when they resign and seek re-election.Asked about the import of the huge number of Independents, which dwarfs party flag bearers in the race, Makerere University’s History lecturer Ndebesa Mwambutsya said the Independent candidates are bad losers who are independent more only in official nomenclature.Defiant “These Independents are not independents; they are simply defying election results in their respective parties. If they were real independents, there would be a constitutional crisis since government Bills would always be opposed [in Parliament],” he said.

A government requires Parliament favourable voting on proposed laws, policies and budgets to advance its agenda, something NRM leveraged when more than half (293) of MPs in the 10th Parliament were its members.That numerical strength in 2017 enabled the party, aided with a military assault on MPs in the chamber, to push through an amendment to scrap the constitutional presidential age limit.  Civil society activist Crispin Kaheru, who has monitored Uganda’s past elections, yesterday said the rise in the number of Independent candidates raises question about the usefulness of political parties as vehicles to power and for service delivery.  “These (EC) statistics imply that there is need for political parties to reflect on whether their agenda speaks to the aspirations of the populace, and if they are creating safe space for participation within their parties,” he said.Mr Kaheru said it was likely voters and candidates still espoused individual merit principle practiced under the Movement system until 2005 when Uganda reverted to multiparty political dispensation.