Lives we lost: Shot in the back on his motorbike

Vaccine boost for poor countries as Biden warns of ‘600,000 dead’

Inside the world’s biggest vaccine factory

Lives we lost: Shot in the back on his motorbike 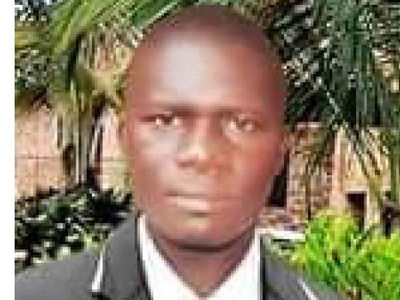 CHARLES SSEMAKULAThe 36-year-old was a boda boda rider at Butunda stage on Kafumbe Mukasa Road, outside St Balikuddembe (Owino) Market. His friend and colleague Sam Rogers Majwegga says Ssemakula had been working at Butunda stage for four years.“He was a simple man who never quarrelled with people. In fact, people loved him so much that six coasters full of mourners drove to the village to bury him.”On the second day of the riots, Ssemakula took a passenger to CBS Radio in Bulange, Mengo. Majwegga says on his return, at the Kabaka Anjagala roundabout, he took the road to the New Taxi Park.“However, he met soldiers clearing the burning tyres at Shell Petrol Station. The boda boda riders, who called our chairman, say he quickly turned back, intending to go through Rubaga, in the opposite direction. The soldiers shot him in the back as he was riding away. Boda boda riders took him to Mengo Hospital and called the chairperson of Butunda stage. He was dead on arrival.Ssemakula was buried in Matanga Parish, Mukungwe Sub-county, Masaka District. Advertisement

GRACE WALUNGAMAThe 30-year-old father of one was a mechanic at a garage in Rubaga Division, Kampala City.His brother, Mr Benjamin Nanfumba, says Walungama  “was a jolly man who divided his time between the garage, the football pitch, and his church – Liberty Workshop Centre Church.”Walungama’s boss, Mr Francis Ssempijja, narrates how his employee met his death. “When the rioting began, we were all working in the garage. As the chaos intensified, we went to see what was happening on the road. People were burning tyres but since we were busy, we soon returned to the garage and locked the gate. Walungama was working on a car,” Mr Ssempijja says.At 4pm, three security personnel – a soldier and two LDU personnel – came and ordered the mechanics to open the gate.“We refused and they went away. By 6pm, most of us had finished our work for the day. Some of the mechanics had already left, while others were cleaning up. The gate was still locked, but the rioting had since stopped. People were moving on the road again and shops were open. Then, the three men returned,” Mr Ssempijja says.This time, they did not request the mechanics to open the gate. They forced it open. “When they broke the padlocks, we all ran out in different directions. Walungama was the last one in the garage.”A colleague, who does not want to be named, says he hid in the shop opposite the garage and they closed one part of the door. “It was getting dark. Since he could not get past them, Walungama went down on his knees and begged them to spare him. The soldier turned to one LDU and told him to shoot Walungama. The LDU did not move. Instead, Walungama turned to him, lifted his hands and begged him, saying, ‘Emma tonkuba (Loosely translated as: Emma, do not shoot me).’Walungama and Emma, the LDU operative, knew each other. When the soldier saw that his order had not been obeyed, he opened fire and shot the LDU. Then, he turned the gun on Walungama.“He shot him in the hands and Walungama begged him to stop there. Instead, he shot him in the stomach, and then, in the left temple,” the colleague says.Walungama was buried in Kitunga Village, Wakiso District. No government official has visited the family to help them find justice.

I Will Flee Uganda If Bobi Wine Loses Elections – Kabako

Vaccine boost for poor countries as Biden warns of ‘600,000 dead’

By AFP US President Joe Biden on Friday said "well over 600,000" Americans could die of the coronavirus as he stepped up federal aid in the world's worst-hit country, while less wealthy nations anticipated better...

Inside the world’s biggest vaccine factory

By AFP The tiny clinking vials supervised by silent PPE-wearing technicians belie the excitement inside the world's largest vaccine manufacturer, the Serum Institute of India, a major player in the fight against coronavirus.The firm, founded...

By Ismail Dhakaba Kigongo By Andrew Mwanguhya Substitute Saidi Kyeyune scored from 40-yards but Uganda Cranes lost 2-1 to tournament debutantes Togo to move to the brink of another familiar early exit from the ongoing...

By AFP Long-time Major League Baseball home run king Hank Aaron was remembered for his character and dignity as well as his sporting achievements following his death Friday at age 86.Aaron shrugged off racism and...

I Will Flee Uganda If Bobi Wine Loses Elections - Kabako